Ballarat Grammar have dominated this premiership from its inception in 1980. The following background on Jack Netherway appeared in Courier supplement celebrating 100 years of the Head of the Lake in 2012. The reporter was Kim Quinlan.

The name Jack Netherway is synonymous with rowing in Ballarat and the Head of the Lake regatta in particular.

A former winner of the Head of the Lake in 1940 as a rower with the then Ballarat College, Mr Netherway would later become a successful coach and even have one of the prestigious Head of the Lake trophies named in his honour.

The J.H. Netherway Cup is the girls' premiership trophy for the annual regatta.

Mr Netherway was a student at Ballarat College from 1938 to 1942. He was a boarder at the college on an H V McKay scholarship and was also awarded the H.E. Elliott Scholarship. As well as his rowing prowess, Mr Netherway was also awarded for his academic skills, becoming school captain in 1941, head prefect of the boarding house, captain of the school's football and athletics squads and played firsts cricket.

After receiving a Bachelor of Science from the University of Melbourne and working as an industrial chemist, Mr Netherway later became a teacher, returning to Ballarat College in 1961. He remained at the school until 1988.

Between 1961 and 1966 and again between 1974 and 1981, he was in charge of rowing at the college. He coached a total of 33 rowing crews during that time, with results including 18 firsts, 10 seconds, two thirds and three fourths. During his coaching career with Clarendon. he once helped eight winners in a row get across the line - the school's eighth. ninth and 10th crews in 1965, the fifth, eighth and ninth crews in 1966 and the seconds and ninths in 1967.

Although retired. Mr Netherway still attends Head of the Lake. only missing one or two regattas in recent years.

He even travelled to Nagambie and Geelong when the races were moved off Lake Wendouree during the recent drought.

He said altering the start-finish lines and the length of the races were the most significant changes to the Head of the Lake since he first became involved as a 16 year old in 1941. 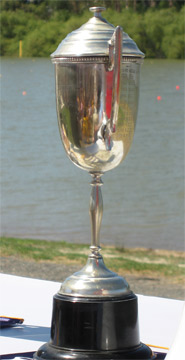 Ballarat Head of the Lake