The Western Mail reported on the race as follows.

The annual four-oared race for the Secondary Schools' Challenge Cup was rowed on the Swan River, over a course of about seven furlongs in distance, on Saturday afternoon, and resulted in a victory for the Scotch College representatives after an exciting and well-fought out contest. Crews from the following colleges competed:-Scotch College, Perth High School, Christian Brothers College, and Guildford Grammar School. Intense interest had been demonstrated in the training for the race, and, although the winning crew had shown the best form in their spins on the river, it was anticipated that they would have to fight hard to secure a victory. Each college was naturally well represented by supporters on the banks of the river and in every imaginable variety of boat, and, in addition, a crowd of about 2,000 spectators witnessed the race.

The crews were ready punctually at the starting line. The positions, commencing from the west side of the river, were : Scotch College, Perth High School, Christian Brothers' College, and Guildford Grammar School.

The Scotch boys gradually increased their lead, and when the last hundred yards were commenced they had an advantage of three-quarters of a length from the Guildford representatives.

The Guildford boys then put in a splendid finish, but Scotch College kept going strongly, and won by nearly a length.

The Christian Brothers' crew followed, four lengths behind the Guildford boys, with the High School another three lengths away, last. The result was as follows:

The prize for the best form shown was awarded to T. Hill, the stroke of the winning crew. 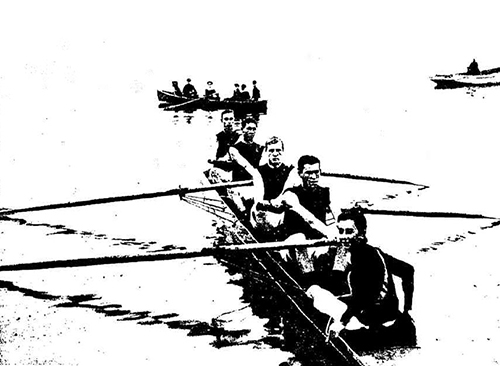 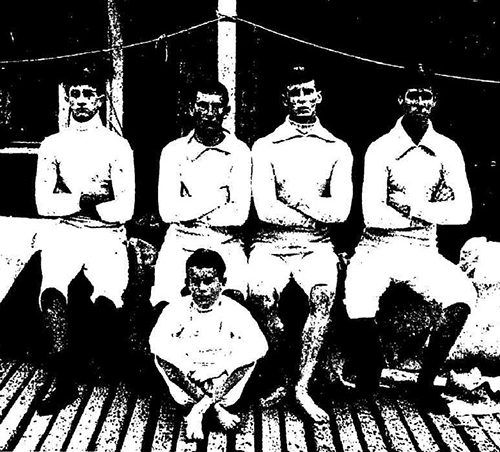