The race was conducted for the third time on Saturday 29th June 1901, starting at a slightly later time than the due 2.30pm, due to equipment breakages.

The Western Times on 6th July 1901 on page 45 described the day as follows:

In fine weather and in the presence of a large and thoroughly representative gathering the Public Schools Challenge Cup was rowed for on Saturday. Sir Arthur and Lady Lawley were present), and witnessed the racing from the steam launch Cygnet.

The Challenge Cup, which was given by the headmasters of the colleges, has been rowed for on three occasions. Last year the Christian Brothers' annexed it and in 1899 the representatives of the High School were successful. The race this year was decidedly open, the Christian Brothers being perhaps, the favourites, and the excellent time they made in their trial spin on June 27 last justified their claim to this honour. The form shown by the crews was good, and reflects the highest credit on the coaches.

When they were taken in hand a little over six weeks ago the boys, with little exceptions, had had no previous experience of the slides, but by strict attention to their instructors they gradually, mastered all difficulties, and in the heats all the faults of "maidens" were conspicuous by their absence.

The first contest was timed to start at half-past 2 but, owing to a breakage in one of the boats, the first heat was not rowed until twenty minutes past 3. The competing crews were Christian Brothers and Scotch Colleges, and the last-named were the first to strike the water, thereby gaining a temporary advantage. With a quicker stroke than that of their opponents, the blue and whites drew up alongside. The Christian Brothers had a misfortune, which undoubtedly spoilt all chance they had of winning. No. 2 caught a "crab," the boat was almost capsized, and before the frail craft had recovered, she was half-full of water. In the exciting moment, Briggs also lost his slide, which came off the runners, and for the remainder of the journey he had to row on a fixed and most uncomfortable seat. The blue and whites made every effort to get on terms again with the leaders, but the wearers of the maroon were equal to the occasion, and won by a length and a half. Contrary to all expectations, the Guildford boys jumped away in front of High School, and, maintaining their advantage to the end won, amidst deafening cheers, by half a length.

In the final a splendid race was seen, the boats holding well together right to the end when the Scotch College won by only four feet. Time: 3min. 53sec.

Thomas, the stroke of the Scotch College crew was awarded the special trophy given by Mr. G. D. Gawler for the best individual style shown. To be winner of this award as well as stroke of the winning four was certainly a triumph. 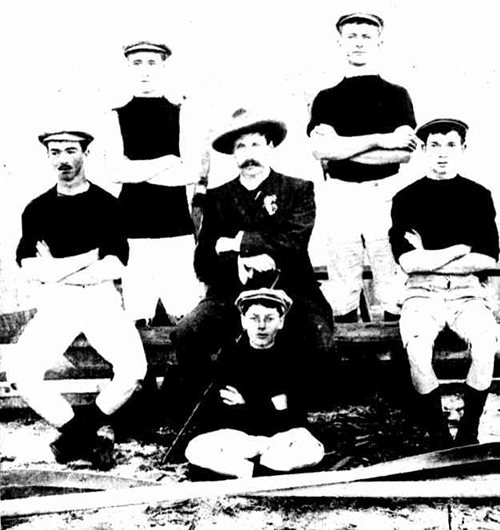 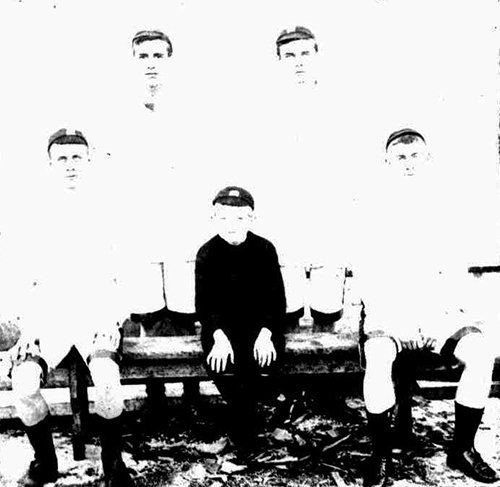 Home and Dry - a history of rowing in Western Australia by W S Cooper, published in 2008 by Rowing WA, page 56.