The regatta again grew to 34 events.

However the big change this year was the introduction of a professional event manager by the host school Melbourne Girls Grammar School. At this regatta, MGGS retained responsibility over all key areas and the regatta continued to be owned by the Committee. An income splitting arrangement between MGGS and the event manager was put in place.

During discussions on this matter, it became clear that in speaking with Firbank and observing MLC regarding the conduct of 1999 and 2000 regattas, MGGS became aware that the scope of the tasks had increased enormously in recent years. They formed the view that alternative models were required. They subcontracted much of the work to SSDF but remained responsible for the delivery of the regatta.

Also of interest at this time was the desire of the Committee to continue to choose it's own Jury. Over time this was changed to use a Rowing Victoria appointed Jury, with consultation, and Rowing Victoria equipment.

The City of Greater Geelong provided support for the temporary infrastructure costs for the event. 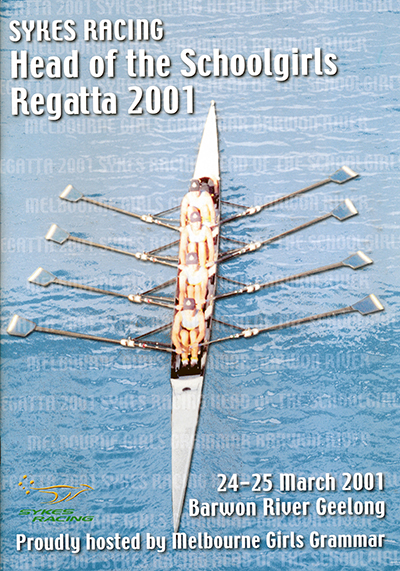