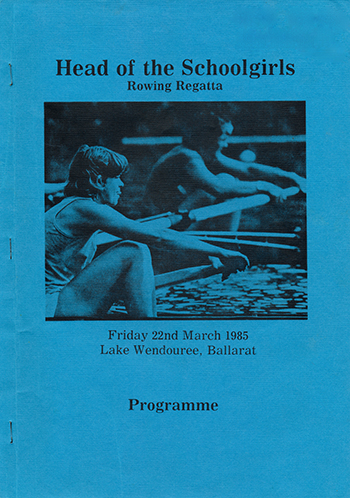 The first Head of the Schoolgirls Regatta was conducted on Lake Wendouree, Ballarat on Friday 22nd March 1985. The regatta host was MLC.

A strong cross wind at Ballarat made the conditions difficult for rowers and officials.

The first regatta comprised 7 events with 16 schools and 240 competitors. The regattas were planned to be hosted and run by participating girls’ schools, the task alternating each year.

As mentioned on the home page for this regatta, 1984 was the last year of non APS schoolgirl rowing at the APS Head of the River regatta. The Principal of Morongo initiated a meeting in 1984 to establish the Head of the Schoolgirls Regatta. 1985 was the first regatta.

One of the driving forces of the early years of this regatta was Susie Palfreyman.

Susie was a great coach and school administrator, commencing the MLC program in 1980, coaching many MLC crews to the highest Australia levels and established MLC as the dominant schoolgirl club of her era. In 1985 she coached Mercantile’s first ever winning women’s crew, inaugurated the rowing programme at Firbank and of greatest interest to this history, established the Head of the Schoolgirls regatta.

In 1984 MLC won the APS Head of the River women’s four and non-APS crews were not invited back. MLC remains the only non-APS crew to win an APS event. The need for the new regatta was critical to the success of schoolgirl rowing.

Susie was inducted into the Victorian Rowing Hall of Fame in 2011 for bringing such fame and notoriety to the sport through this and other great work. 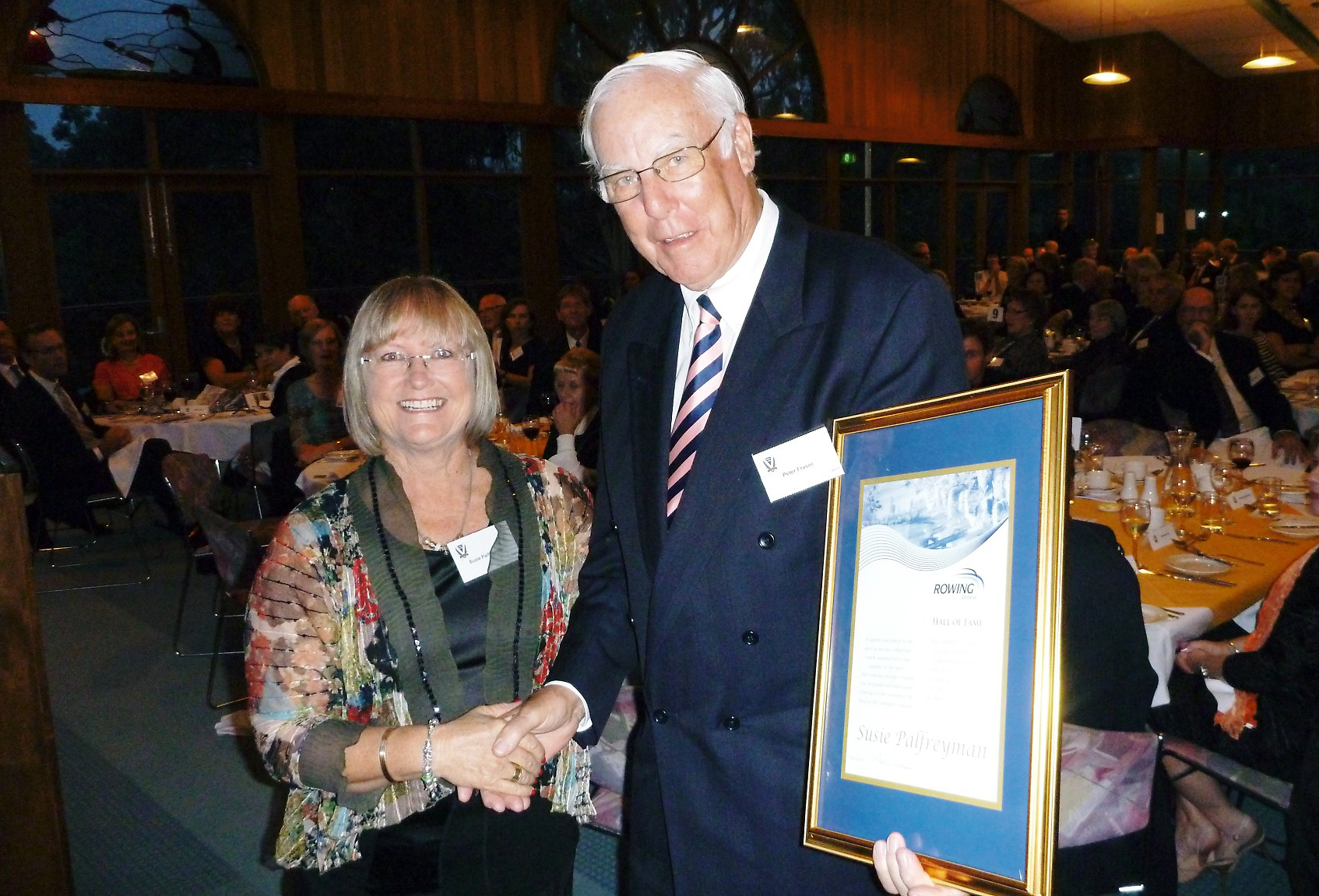 Jury: Referee: Ralph Murphy. The other members of the jury are not known.