This was the 10th anniversary of the regatta. The programme issued the following comments on the occasion.

Tradition is not something which can be created overnight. But this 10th Head of the Schoolgirls" Regatta shows how tradition is acquired in gradual increments over time.

The table of results over the decade reveals how the Regatta has grown in size and scope year by year. The number of competitors is up by 150 this year to 1131, and there are four extra schools. The geographic range is wide: from Robinvale to Warrnambool, Shepparton to Sale and everywhere in between. And the range of events is extended to include two Quad Sculls at each level. Who can say what the Regatta will look like in another 10 years?

There are now several thousand young women who can say they've rowed at the Head of the Schoolgirls' Regatta (and have the T-shirt to prove it). Several thousand who have experienced the highs and the lows that accompany this marvellous sport: the discipline of training, the commitment to the crew, the perfect summer mornings and bitterly cold winter days, the frustration of a bad row and the elation when everything clicks together. The chances are they have few regrets and many happy memories of their time in the boat.

How fitting that the 1985 winning MLC crew will row down the course, in their original boat, during the Sunday luncheon interval: the start of a new part of the tradition of this remarkable Regatta.

26 events were competed for at the regatta this year. 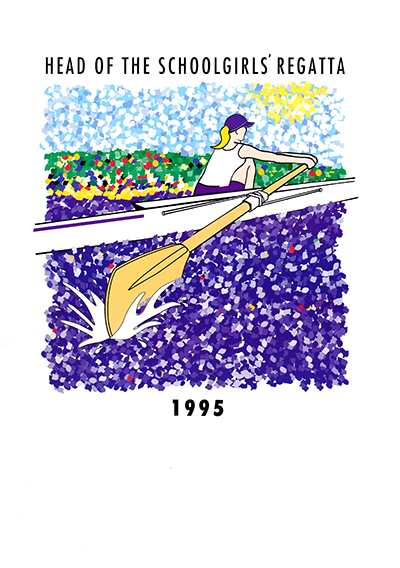