The host school this year was Morongo and of great interest was the expansion of the regatta to a two day event.

The first four was won by Geelong College and the eight by Genazzano.

Quad Sculls were introduced as a demonstration event and proved to be very popular. The 1993 regatta included them as an event and they have gone onto be an important part of the regatta.

The informal regatta Committee which arranged for a host school annually, finally formed into an incorporated association late in 1991. President Susie Palfreyman in her annual report stated that despite the new formality, the basic philosophies of the past committee would continue and provide a guiding body for all schools who offer rowing to girls.

She also reflected in her report on the origins of the regatta and its purpose. The regatta has grown from strength to strength, and it has become the focal point of the schoolgirl rowing calendar. It has always been the policy of the Head of the Schoolgirls committees to ensure that any schoolgirl who rows has an opportunity to take part in this regatta, and that all schools no matter how large or small should be free to enter the races which best suit their programme. 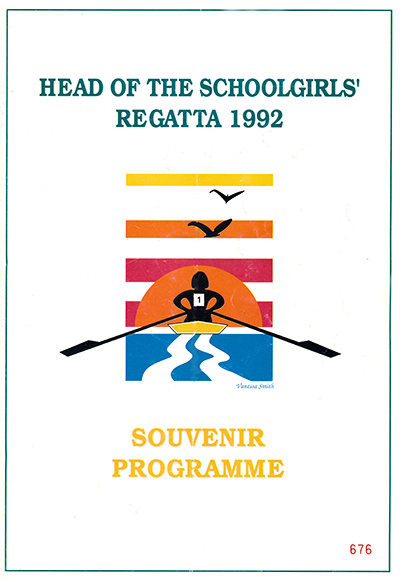 Regatta host: Morongo Sirls were the host school and the convenor was E J Matson, and announcer was Peter Philp.