The regatta was conducted on the weekend of 20-21 March 1999 and the host school this year was Firbank Grammar School.

33 events were conducted this year, up two from the previous years.

The regatta was considered by this year to be the largest and the most successful school regatta in Australia with over 1300 schoolgirls from over 40 schools.

At the 1998 annual general meeting, the association elected both Susie Palfreyman and Jim Spithill as life members.

The Head of the Schoolgirls Committee reported in the programme as follows:

The HOSG Committee has always aimed to provide the fairest possible environment for schoolgirl rowing competition and as such has faced the need for change and development many times since the regatta's inception in 1985.

Originally just 7 races at Ballarat, the HOSG Regatta has blossomed into what is now the biggest annual regatta in the Southern Hemisphere with some 270 races crammed into two days. To make this possible, a plethora of people have contributed innumerable hours of hard work over 24 months of preparation. On behalf of the HOSG Committee I would like to offer our heart-felt thanks to the hosts of this regatta, Firbank Grammar School and in particular to Firbank's Regatta Organising Committee who have worked tirelessly to ensure that this weekend is a success. They have covered every base at least twice and have been a pleasure to work with in the long lead up to the 1999 Regatta.

The report of the 1999 regatta by President Susie Palfreyman noted that gone are the days when the [hosting] school can expect to make a worthwhile profit from catering and merchandise, as the infrastructure for this regatta has become so expensive. Hosting school are now reliant on sponsorships and so the Committee prepared rules for them for hosting schools. 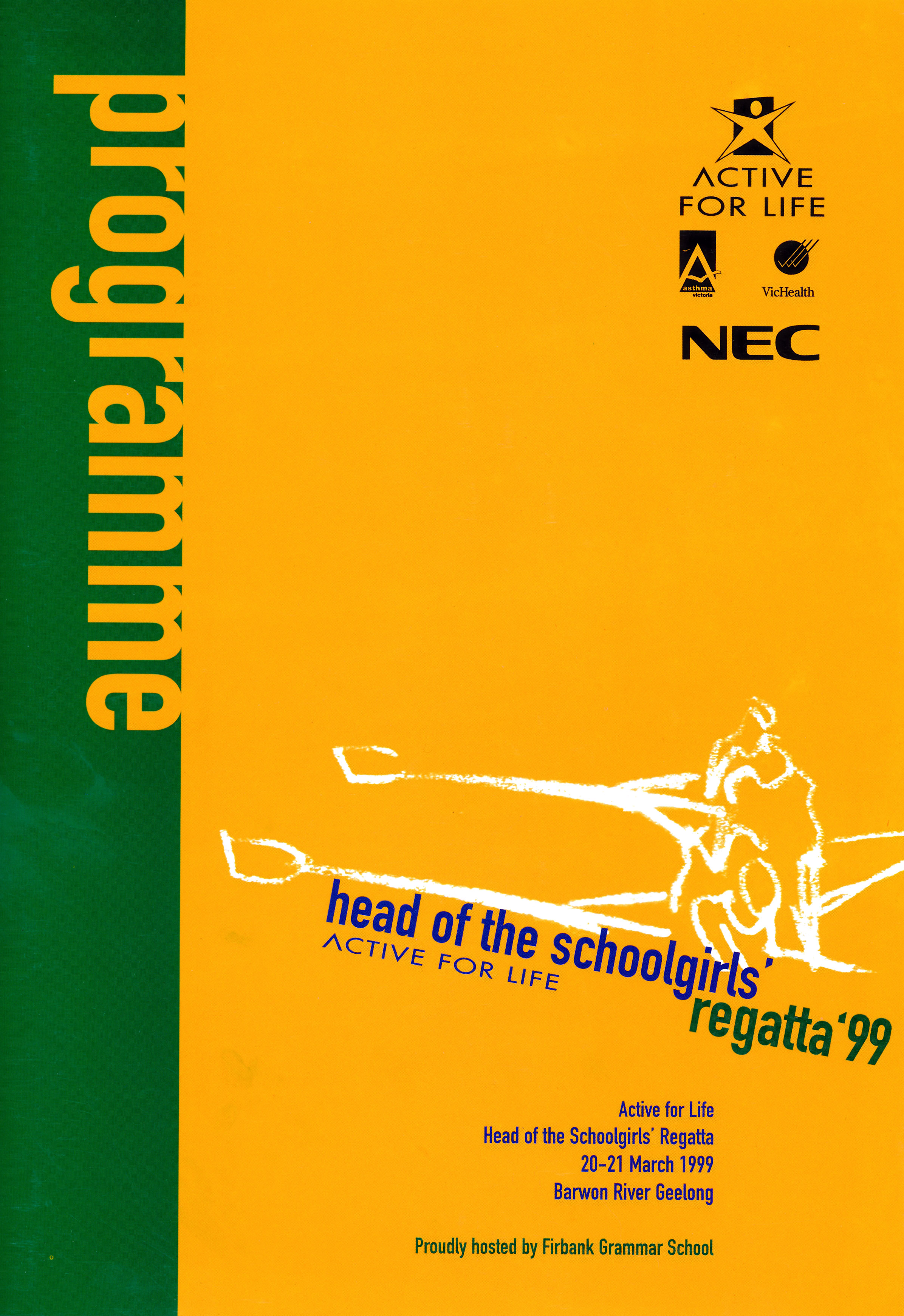 Head of the Schoolgirls Committee