The regatta host this year was Genazzano F.C.J. College.

The regatta had grown to 22 events. Quad sculls were now a permanent event on the program.

Administratively, the innovation this year a timing system.

A special general meeting of the association was held in September 1992 to adopt the principles for the operation of the regatta from 1994 onwards. It defined the respective roles of the association and the host schools as follows:

(i) set out a detailed brief for the overall conduct of the Regatta and associated activities by the Host School.

(iii) prepare a pro forma document by which schools can register their interest in taking on the role of Host School.

(iv) conduct a ballot to pre-set the Host School role for 3 years ahead: the first such ballot to be in May 1993 for the 1995-1997 Regattas, with a 3-year cycle continuing thereafter.

(v) monitor progress and assist the Host School annually in preparation for the Regatta.

(i)    conduct the Regatta in a manner consistent with the agreed specifications.

(ii)    work in with the Committee, the previous and the subsequent Host Schools in conducting the regatta. 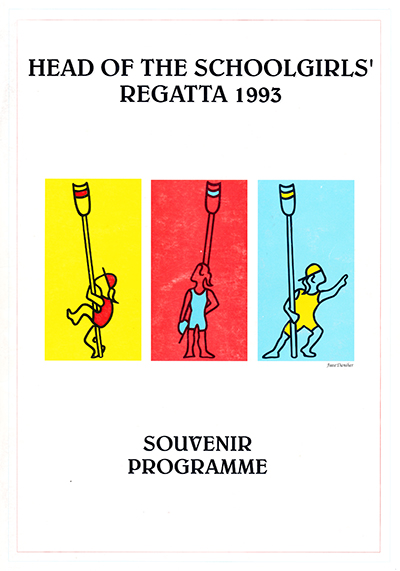