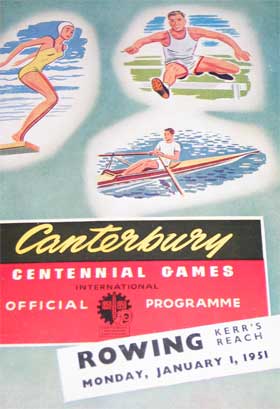 An invitation had been received for a full rowing representation at the Canterbury Centennial Games, to be held at Kerrs Reach, Christchurch. The University of California coached by Ky Ebright, one of the World's Greatest Coaches, (he coached the Gold Medal Eights for USA, in 1928, 1932 and 1948) had also been invited. After the Australians victory over his University of California crew, he said that "this crew has remarkable talent, and I only wish we had the same type in America."

Following the win by NSW in the 1950 King's Cup, this crew won the right to represent Australia. As the race was well off, a squad was set aside from normal racing to train for this event. Norm Grounds was unable to coach due to business reasons and so Tom Chessell was chosen as both cox and coach. Joe Gould however was intrumental in their coaching whilst in Australia.

Mervyn Wood was unable to travel due to work commitments, Kevyn Webb was chosen as the sculler.

The results by the Australians were impressive and the success over the Americans in the eights was a big factor in the Australian Olympic Federation nominating the eight for the 1952 Olympic Games in a very small Australian team. 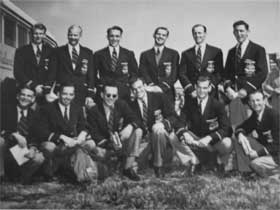 Kevyn Webb (AUS) was defeated by Douglas in the semi final after his heat win. 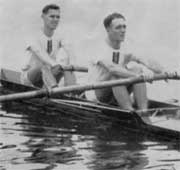 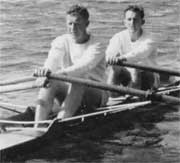