Although the races were rowed under perfect rowing conditions, rain threatened with overcast skies. However just before the first four race, the sun broke through the clouds.

There were 6 entrants in the 1957 race, who raced over 1⅛ miles with Hutchins narrowly taking the honours. They re-gained the Golden Fleece Cup which they last won 20 years earlier (1937).

A smooth Scotch College crew won the Second Four. It was the first win Scotch for several years.

Launceston Church Grammar took out the Third Four in 1957.

1957 was the first time a Sixth Four was raced at the Tasmanian Head of the River. Hutchins School were victors in its inaugural year over St. Virgil's College in second.

The newspaper reports of the race indicate that St Virgil's led for most of the race but were pipped on the line by the heavier Hutchins crew. The report was as follow:

First to show out was the highly fancied Grammar crew, first across the line for the last three years. Grammar were closely followed by St Virgil's, who were hitting a high rating even at that stage. St Patrick's were a disappointment right from the gun. They seemed unable to get going and as the race progresses dropped further behind.

After 300 yards, Hutchins had taken the lead but were being challenged by St Virgil's, Scotch and Grammar, who were almost on equal terms. Friends, a much fancied combination, were not working well and could not seem to get enough run on their boat.

At the half way mark, St Virgil's unleashed a terrific burst to draw level with Hutchins and gradually creep away to a half length lead. At this stage, Friends were running third, followed about half a canvas behind by Grammar and Scotch, with St Patrick's dropping further back.

Hutchins came again with a quarter of a mile still to go and settled down to a sterling struggle with St Virgil's. Friends in third place, began to tire about 200 yards from the line and Grannar ran into third place. Scotch could not seem to clap on the pace and remained in fifth position with St Patrick's last.

The struggle between St Virgil's and Hutchins lasted right to the line, with Hutchins gaining the decision by only two feet. Grammar held onto their slight lead to defeat Friends by the same margin for third position. Next came Scotch, with St Patrick's last to the finish. 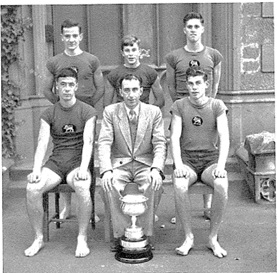 The Scotch crew were reported to be a smooth combination. This was the only win for Scotch College that day and the first for some years. 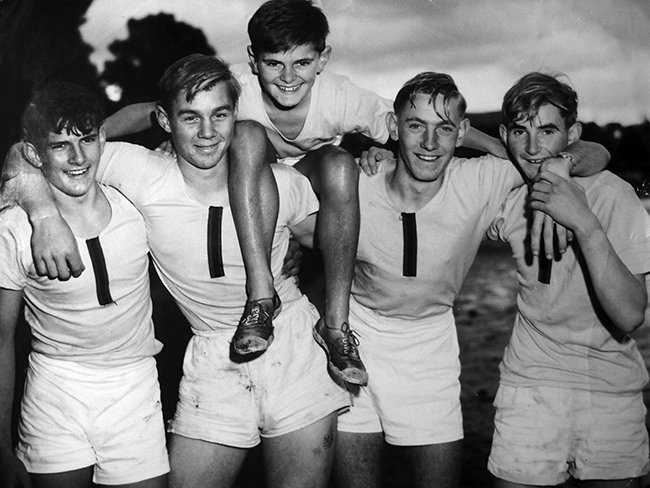 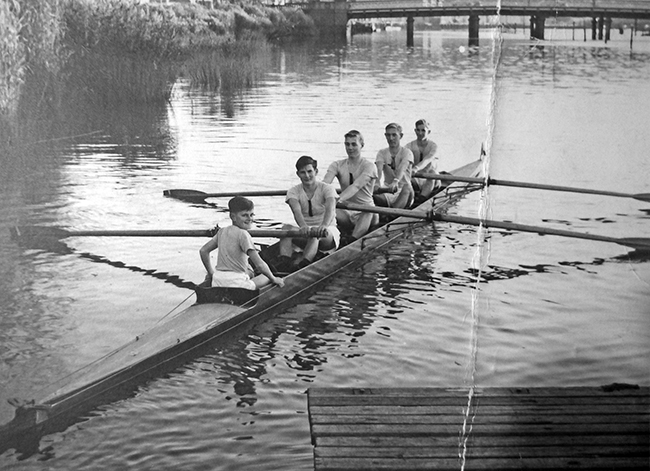 Other placings are unknown.

Other competing crews were:

The race in the thirds was stopped shortly after the start  after the Grammar cox appealed to the umpire for a foul. The race was restarted.

Other crews competing were:

This was a controversial race with Launceston Grammar being disqualified for "boring in" at the finish. They finished in first place.

Keverall Thompson from Glen Osmond SA kindly provided copies of the program, newspaper reports and images of his crew.