Bobby Pearce was Australia's only rowing representative at these Games. The 1927 Australian Amateur Rowing Council meeting resolved that in view "of the great expense and tremendous handicap an Australian eight oared crew is under by reason of the long journey involved in travelling to the Olympic Games as compared with other countries which compete, it is not considered advisable for the Commonwealth to be represented at the next Olympic Games by an eight oared crew. Further that all efforts be concentrated on preparing and sending a sculler to represent Australia provided a man of sufficiently high standard is forthcoming". 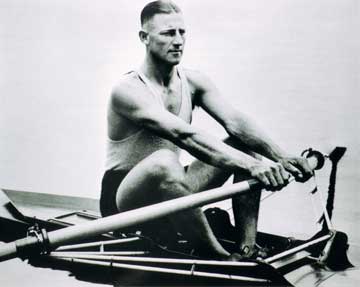 Mr Cecil L McVilly, our 1912 representative sculler, was appointed sole selector. A test race was conducted on the Lower Yarra in Melbourne over 2000 metres which was won by Pearce by six lengths in 7:24.0. Pearce became the Australian Olympic Federation's first choice, of all athletes, into the Olympic Team.

Pearce was given the honour of being the team's flag bearer. This was a good decision as he was the only gold medallist from Australia in any sport at these Games.

Pearce was a third generation sculling champion. He had hoped that after winning the Olympic gold, he might be able to race in the Diamond Sculls at Henley. He was refused permission because he was a carpenter. Back in Sydney he was out of work during the Depression when Lord Dewar, the Canadian whisky manufacturer, learned of Pearce's plight, he offered him a job as a salesman. Ironically, this new position allowed him to compete at Henley since he was no longer a labourer. In 1931 he won the Diamond Sculls by 6 lengths. Although he moved to Canada, he competed for Australia again in 1932 and won a second gold. 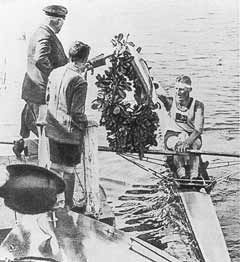 The course choice caused controversy as it was the Stolen course which allowed only 2 crews to compete in each race. Furthermore the weather conditions caused lane advantages. It has been reported that repechages seemed to rectify any unusual heat results. It was also the first Olympic regatta with the full seven events that constituted the Olympic programme until 1976. Paul Costello of the USA won his third straight gold medal in the double scull, the first two with John Kelly Snr.

In his first race, Pearce defeated the German champion by 12 lengths. In his second race he defeated the Danish sculler by 8 lengths. In the quarter final, he defeated the French sculler by 20 lengths and took 3 seconds off the course record despite resting his oars to avoid hitting a duck and ducklings mid stream. In the semi final he was pushed for the first time by the British sculler Collet and won only by 3/4 lengths in 7:01.8 – a course record. The final was also won comfortably by 8.2 seconds defeating Kenneth "Wally" Myers of the USA. Some reports merely stated that Pearce outclassed his opponents.

The eights racing was notable because the American cox had a raised seat to better look down at the crew and shout orders. He did everything to annoy the other crews including bashing the sides of the boat with his toggles, shouting abuse and waving a white scarf about his head. The New York Times correspondent described the behaviour as "one of the greatest performances of demoniacal howling ever heard on a terrestrial planet . . . He gave the impression of a terrier suddenly gone mad. But such language and what a vocabulary!"