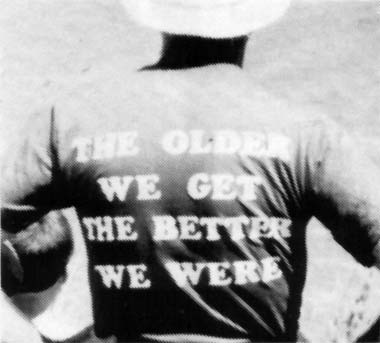 The master's motto - the tee shirt tells it all

Max Gamble and Bob Williams of Swan River with (from the left) Reinhold Batschi, Mike Leonard, Don Croot and another. 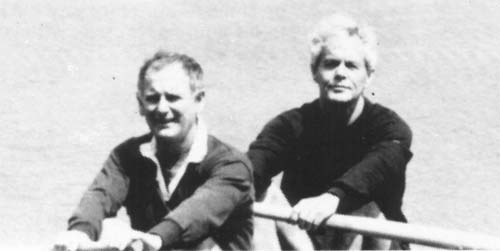