These Championships were conducted from 2nd to6th August 2017 at Trakai Lithuania. 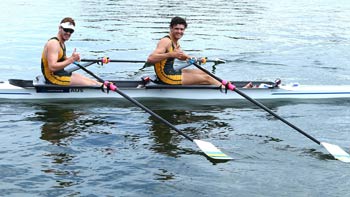 The full medal tally can be found through this link.

This race report is from Rowing Australia.

Post-race, Hamilton said: “I loved that race, we really went for it. We managed to get out front and just hold it. We’ve actually only had four consistent weeks together rowing. This was a fantastic first experience and great course to race on.”

Drawn in Lane 4, the Australians were the youngest crew of the six vying for the world title and got out of the blocks quickly after the race had earlier had a faulty start. There was little between the top boats, with Australia, Greece, Belarus and Germany all pushing for an early lead, however it was Australia who crossed the 500 metre mark in the lead.

The crew, coached by Tom Abramowski, had half a canvas lead over Greece and Belarus as they approached the halfway mark and continued to build speed as they pulled ahead of their competitors. At the next marker, the duo put their foot down and began to stroke 37 and took a clear water advantage over Belarus who had overtaken Greece by this point.

Hamilton, from Melbourne Grammar School, and Kennedy-Leverett, from The Southport School, powered over the line in a time of 6 minutes 34 seconds and claimed their World Title in fine fashion.

“This was the first time that many of our Junior team had ever competed overseas at an event with such an unprecedented amount of entries. We believe, that while only one crew claimed gold this time around, there are many athletes in this team, and the pathway, who have podium potential and this is just the first stage of their journey. 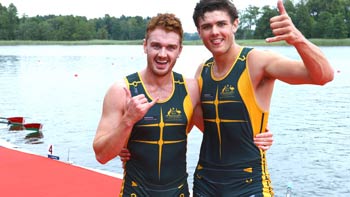 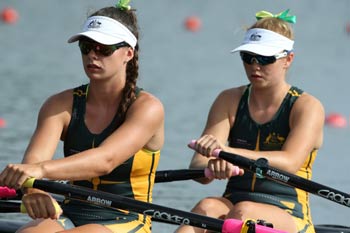 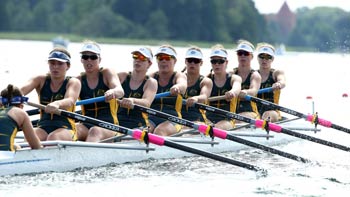