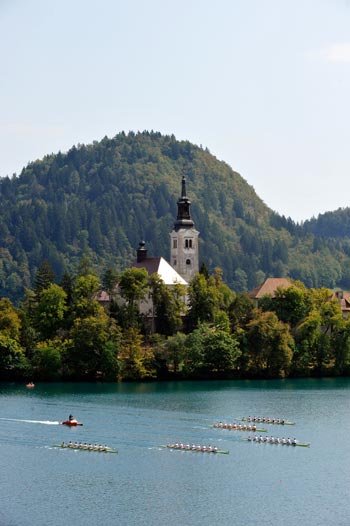 This was a great Championship for Australia with a strong showing in the medal standings finishing third. The following commentary is extracted from the Rowing Australia website.

The Australian Rowing Team’s season has been focused on the build up to the 2011 FISA World Rowing Championships given the regatta serves as the major qualification event for next year’s Olympic and Paralympic Games.

The majority of the Australian team was selected based on results from the 2011 National Selection Trials at the Sydney International Regatta Centre held in April.
Australian crews have competed at four international regattas to date in 2011, starting with Australia’s adaptive crews at the International Adaptive Regatta and World Cup 1.

The bulk of Australia’s team arrived in Europe in time to compete at the 2011 Henley Royal Regatta in England (June 30-July 3), before also participating at World Cup 3 in Lucerne, Switzerland.

Following the conclusion of World Cup 3, the Australian team descended upon the Australian Institute of Sport’s European Training Centre in Italy, where they completed a six week training block in preparation for the world championships.

The athletes were able to make use of the state of the art facilities as well as the beautiful rowing conditions in Varese.

In an eye catching performance at the world championships Australia firmly stated its intentions for next year.

Australian crews reached 16 A Finals in the 18 events it competed in, which led to the record breaking ten medals the team picked up.

“We are really pleased with our work at the regatta and it is a great step forward for us ahead of London next year,” Matheson said. “Across all boat classes our crews put their hands up and showed what the team is capable of.

“We have received great support from the Australian Government through the Australian Sports Commission, as well as the Australian Institute of Sport, and the high performance funding received has certainly been a factor behind our success.

“The team will now move on from this regatta, re-assess and then firmly fix our sights on London next year.”