The women's lightweight events were included as demonstration events to enable FISA delgates to vote as to whether they should be included as Championships. The Authors have regarded them as World Championships for this publication. 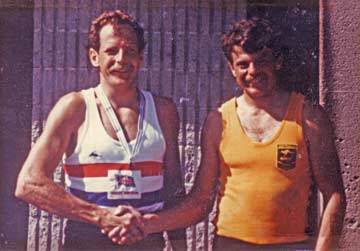 These brothers rowed against one another in the Men's Lightweight Coxless Four—Ian for Great Britain and Stuart for Australia.

The men's lightweight four performed well but after the first five hundred metres of the final found themselves in fifth place and chasing the field. This was unusual for them and they failed to get on top of the strong tail breeze conditions during the race. Positions scarcely changed for the rest of the event with Spain winning narrowly from West Germany and Australia in last place.

The men's lightweight eight suffered considerable illness on tour with, at one stage, most of the crew bedridden with a virus and unable to train. One attempt was made for a light paddle in the cool conditions of the evening for the lightweight eight in the week leading up to the Championships but this left several of the crew absolutely flat and the coach had to call for yet another day's rest.

Although not a FISA Championship, Australia sent a women's lightweight eight to this regatta in anticipation of such events being included in the FISA programme for 1985. The crew performed well taking the silver medal. 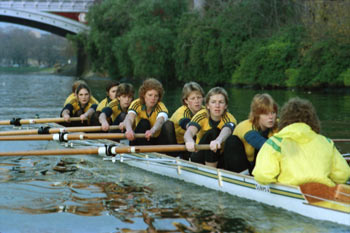 The result was disappointing after a good win in the heat and an easy row in the semi-final. Whilst the Spanish crew was probably always going to win whatever the conditions, it is clear that the unfair conditions in the final impacted the results and the placing of the Australians. 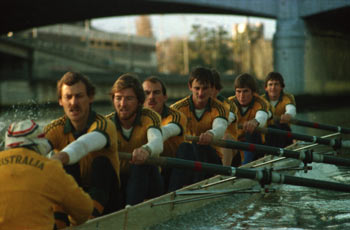 Photo Galleries of the 1984 World Championships