The Club boomed; we had 52 members in training: Ray Buck, Max Kelly and Vic Burnett built new boat racks and we had our opening regatta on November 1st. 1980; presenting Bendigo Pottery mugs to all winners. We have continued our Annual Regatta since then in October each year, running about 70 events.

At about this time some willow trees were severely pruned at the northern end of the Lake, to permit the launching of boats from the new boatshed. The infamous "tree cutting incident" was well reported in the local press and did cause us some discomfort for a while; including the threat of being locked out of the boatshed and locks being changed, criminal charges being laid, etc. Richard Hyett and Mr. Justice Frederico weighed in for us and the matter ended with the rowing Club undertaking the paving and beautification of the surrounds as compensation for the removal of the trees. 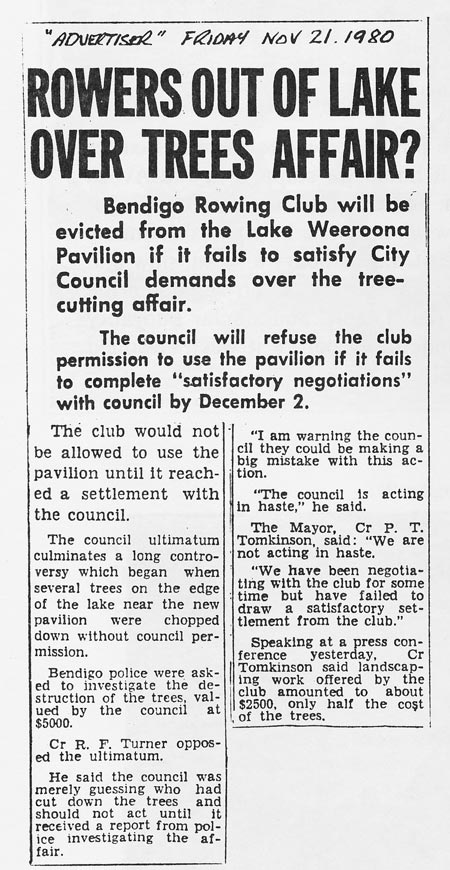 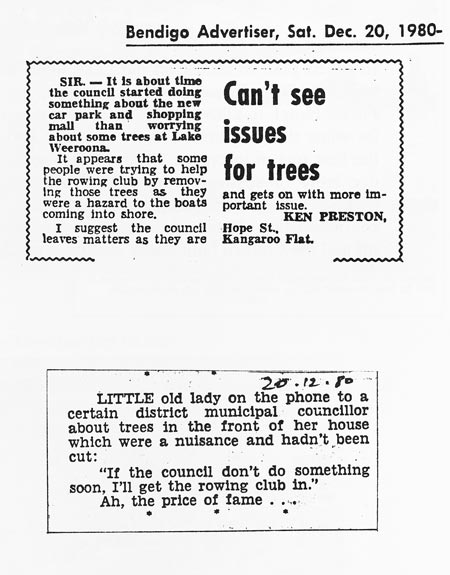 Joanne Burnett, Debbie Wakefield, Sharon Runnalls and Kerry Nancarrow coxed by Darren Howell, had wins in Youth and senior B fours at the Universities, Banks, Barwon and Essendon regattas.

In the '81/82 season, Joanne Burnett and Sharon Runnalls won in Youth pairs at Albert Park, Yarrawonga and Footscray. Ricky Holl sculled to victory at Dimboola and Ballarat. 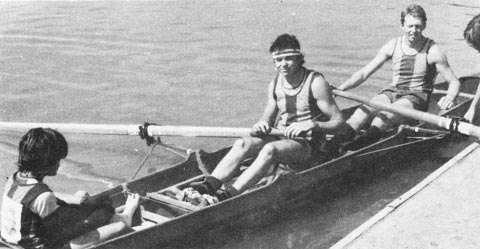