The following history has been reproduced with permission of Adelaide Rowing Club. 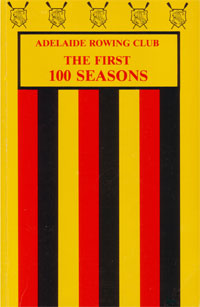 Rowing started in South Australia before the actual landing at Glenelg on 28th December 1836, for on 24th May of that year, a regatta was held at Kingscote Harbour to celebrate Queen Victoria's birthday, when two races were held, one for whale boats and the other for square-sterned boats. The South Australian Company's schooner "John Pirie" fired the Royal Salute of 21 guns, and the whaleboat "Star" won the first race and the square-sterned "Specimen" won the second. H.M.S. "Pelorus" - Captain Harding, R.N. - was the flagship, gaily bedecked, as were five other brigs, schooners and barques in the harbour. In the evening the six vessels were "lighted up" and fireworks let off. Nobody thought to call it "Henley-at-Kingscote".

The first rowing races on the Port Adelaide "river" took place during the last week of August 1839, when several races were held between longboats and lifeboats of immigrant sailing ships. Soon after the River Torrens was dammed by a wooden weir, the first rowing club in Adelaide was formed in 1867, called the Black Swan Club, with a four-oared outrigged boat, termed a racing gig, owned originally by W.H. Hopkins, and called the "Edith". Hopkins lived in Gawler, was formerly of Port Adelaide in the Telegraph Department, and ten Adelaide men bought the "Edith" for Â£25 and re-named her "Black Swan".

The club was formed, complete with rules, entrance fee of Â£3, a Secretary (W.F. Loutit), a uniform and a flag, and at the opening ceremony on 15th June 1867 the boat was named "Black Swan" by Mr. (later Sir Charles) Todd, who alluded to the good fortune of the club in having such a handsome boat and a body of water getting fuller all the time, due to the good offices of a Mayor called Fuller, who, although objecting to swearing, had dammed the river (damned) to achieve that result ..... Charles Todd having opened his big mouth, a sudden flood occurred about three months later, and the wooden dam was washed away, and a subscription list was opened on 9th October 1867 for the erection of a stone weir to replace it. Without a dam rowing was not possible, certainly not in the summer.

It was not until July 1881 that this was finally built, largely due to the efforts of E.T. (later Sir Edwin) Smith, Mayor of Adelaide, and famous patron of rowing clubs and the S.A.R.A. 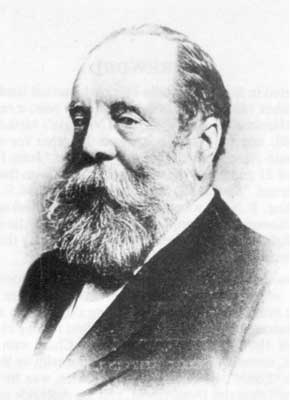 Meanwhile the urge to get rowing was again demonstrated by a "meeting of gentlemen interested in the formation of a rowing club, being held at the Prince Alfred Hotel on Wednesday evening, 16th February 1876". Mr. J. Wright presided, and "there was a large attendance of rowing men". It was resolved to form a club, to be called the Adelaide Amateur Rowing Club. A provisional committee consisting of Dr. Peel, Messrs. E. Atkinson, T. Charlton, A.E. Ebsworth, T. Linklater (from the Black Swan Club), J.H. McCullough and J.F. Roberts was appointed to draw up a code of rules, make preliminary arÂ­rangements and report to a general meeting to be called later.

"Mr. Brock suggested that, as the Pelican Rowing Club was nearly or quite defunct, probably the new club could obtain at quite reasonable rates the Pelican boats, which would be useful for practice. Mr. Wright kindly placed his handsome new string-test gig at the disposal of the club for practice purposes. The names of the 30 persons who had signified their intention to become members were read, and also a long list of inÂ­fluential gentlemen who had promised their support as honorary members".

Mention of the Pelican Club brings to light a fragment of rowing history relating to 1867. A St. Peter's College crew stroked by George Hawker beat a Pelican Club crew on the Port "River" at a regatta. The coach of the college crew was the Headmaster, the Rev. George Farr, himself a Cambridge oar.

Whether this meeting was what led up to the formation of I Zingari Rowing Club more than six years later is not known, but it indicates the strong urge that existed in the young colony, then only 40 years old, but emerging from its pioneer state. Mines were flourishing, primary production was increasing, business houses in Adelaide were growing, and city life was approximating that of the people of the Mother Country, with leisure time and Club life and the pursuit of manly sports.

With the prospect of a permanent body of water near the city when the proposed new weir was built, the fashionable sport of rowing, already burgeoning in Sydney and Melbourne and in Port Adelaide, was something exciting, and soon would be available without having to journey to the sea; in fact, a short walk from the city to the Torrens would take a man to his seat in a racing boat.

On 21st July 1881, to commemorate the completion of the stone weir, the City Council held a regatta in which the Black Swan Club rowed, and other clubs that had been formed were Port Adelaide Amateur Athletic and Boating Club (1870), Adelaide University Boat Club (1880), Elder Rowing Club, Norwood Rowing Club and Commercial Rowing Club. No results of races were published. The steam launch "Abeona" was brought by road from Port Adelaide to follow the races. 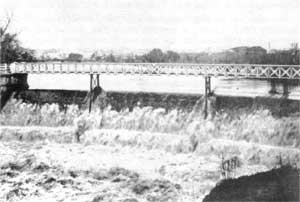 In September 1881 another regatta was held with races between Norwood Rowing Club and Black Swan Rowing Club, again without published results.

Early in 1882 the same sort of inaugural meeting took place, at which a rowing club to be called I Zingari Rowing Club was formed, complete with rules, constitution and provisional officers. The first recorded meeting of these officers, with P.G.Carter as Captain, J.P. Morice as Vice-Captain, Robt. W. Wigg as Hon. Secretary, M. Duncan Treasurer and F. Mitchell as committeeman, was held on 16th May 1882, at which a tender for building a boatshed was rejected and a building committee was elected. This committee was empowered to spend Â£60, and the Hon. Secretary was instructed to pay land rent "at once".

Obviously, the inaugural meeting or meetings had been held along the lines of the 1876 "meeting of gentlemen at the Prince Alfred Hotel" when this committee had been elected and prices had been called for the construction of a boatshed on a piece of land already delineated. The date of this is thought to be 18th February.

At the second committee meeting on 7th July 1882 it was resolved that the boatshed be formally opened on 22nd July, and all members attend in their uniforms at 3 p.m. sharp, when practice should then commence. So the public launching of I Zingari Rowing Club was on 22nd July 1882, although the membership originated (and contributed) before 16th May 1882.

A Rowing Association was in operation by 1883, and organised bumping races in 1884, and a race for four-oared boats was held in January 1885, well supported by entries from clubs and by the spectator public. Prominent in both of these first "public" races on the Torrens was I Zingari Rowing Club, which won the bumping races and the fours race and went on to win most of the events in the City of Adelaide regatta of April 1885 under its new name, Adelaide Rowing Club.

That Club now proudly celebrates one hundred years of rowing and comradeship.