Arthur Nicholls had rowed in some first class crews in England, and coached many successful A.R.C. 8's and 4's around the turn of the century, when Grayson and Gosse were rowing. He continued to coach schoolboy crews when he was quite elderly, and died in 1937, aged 74. 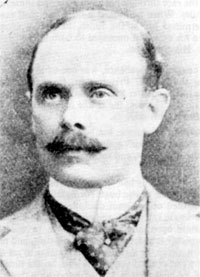 Alf Grayson, besides being a famous stroke, was a great coach and taskmaster (see article on keeping fit). One of his expressions, which is supposed to have shocked lady rowers, was "Open your knees and hold your water". Alf was also an outstanding full back in the same Norwood League football teams in which Jimmy Gosse played.

Lyn Davis was a member of one of the two A.LF. 8's that trained for the contest held after the First World War in England for the Cup presented by King George V to the winner of the Allied Services, and won by the other A.LF. crew. That Cup was then held by the A.LF., to be known as the King's Cup, for competition between the Australian States. He coached crews around 1949-51 with great enthusiasm and understanding.

Colin Runge was less well-known as a coach than as a man with a mighty swallow. He beat every contestant rival clubs put up against him at demolishing a pint of beer, bar none. On one occasion when he was coach of a mediocre crew contesting Maiden 8's at Murray Bridge, he was watching the race through his binoculars and munching a sandwich in between whiles. When he looked a little later and saw his crew was making a determined bid at the finish, he got so excited he put the sandwich up to his eyes, but managed to curb himself from swallowing the binoculars. His crew won.

Stanley Facy, coach par excellence, was one of the major factors in the Club's winning the 1926-27 Premiership. He was an Englishman, the product of one of the smaller Public Schools, and a member of Quintin Boating Club on the Thames, the cradle of modern competitive rowing as it is conducted to this day.

He was quite slight of stature, but he knew his rowing and all its finer points, and was endowed with a strong, commanding voice - the voice of an Army Sergeant-Major, and for this reason he was just as famous as a starting judge.

His approach to coaching had a somewhat military flavour. There was no time nor need, while in the boat, for lighthearted chit-chat or acting the goat. He insisted on constant discipline to achieve maximum work while the blade was in the water, and concentration on boat control so it eventually became automatic. Stan's aim was to weld a crew into a superbly fit, superbly timed, efficient working unit, and he was prepared to go to great lengths in the early stages of training to get that uniformity of timing, swing and control coming forward on the slides by rowing for miles at ratings so slow that it seemed impossible that the boat would ever keep on an even keel. But it paid off and, with other exercises to make boat control instinctive, a Facy-trained crew was able to deliver the maximum of useful work right where the oar propelled the boat.

He was a great psychologist as well as a taskmaster, and Stan was universally liked by every rower he ever coached, even though he insisted on absolute obedience and 100% effort. He never quite got the same rapport from Adelaide rowing crews which he managed to get later on when he coached University, probably because the men in the Adelaide crews were a little older, more mature, less fervently motivated and probably not prepared to knuckle down as a crew for so long.

He managed to convince the Club of the value of the coach being able to work from a speedboat rather than the coxswain's seat or a fixed point on the bank, and the £12.O.Od. spent on this innovation really paid off in the 1926-27 season.

He is also affably remembered for his singing at smoke socials and other convivial gatherings, particularly his rendition of "The Admiral's Broom", in which the Dutch Admiral Van Tromp, in the chorus, proclaims "I've a broom at the Mast" (said he). Stan would always invite the company ... "Now everyone join in the chorus", and everyone save Stan would proclaim that the broom was in a certain part of their anatomy (or rather, Van Tromp's), and it never failed to bring the house down.

Hurtle Morphett was one of those coaches who had that charisma earned by having been a most talented oarsman and knowing all about rowing, having rowed in the Oxford boat in 1928 and '29, having been President of the O.U.B.C. when they beat Cambridge after 13 losses, having rowed in the S.A. crew in the 1935 King's Cup and so on. Every man hung on the few words he had to say, and carried out those instructions to the letter, but Hurtle did not have as many opportunities to coach A.R.C. crews as successive committees would have liked, being a man with many business responsibilities. 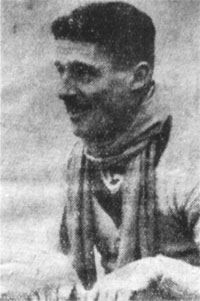 Jock Gosse coached the King's Cup 8 in 1956. He rowed at 6 in the Cambridge boat in the 1946 Boat Race and was, at 28, one of the oldest men ever to compete, and furthermore, was the only one up to that time ever to have been married when he rowed. 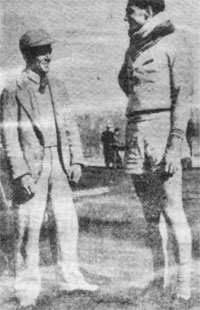 Sir Collier Cudmore gained much in his younger days from his first coach, Rev. Henry Girdlestone, his headmaster, who stroked the Oxford crews of 1885 and 86.

After rowing in the St. Peter's College first four, he rowed twice for Adelaide University in the Oxford and Cambridge Cup before going on to Oxford and a rowing career which was probably the most successful of any Australian oarsman, with the exception of Steve Fairbairn. For two years the Magdalen College Four defeated all comers, winning forty consecutive events, including both the "Visitors" and the "Wyfold" at Henley in 1907, the "Stewards" in 1908 and finally the Olympic coxswainless fours for Great Britain the same year. As 1908 was the first year rowing was included in the Olympics, Sir Collier was thus the first Australian oarsman to win a gold medal, and remained the only one until he died, except for our scullers.
He rowed twice in the "Boat Race" and was 3 in the winning crew of 1909, when Oxford put up a time for the 4'/a miles which was not beaten for many years.

His coaches at Oxford were two famous men, Harcourt Gold and Guy Nickalls, and although his Parliamentary career did not allow him to do much coaching at Adelaide Rowing Club after his brief Adelaide rowing years ended, he was a sort of consultant coach to the Club coaches for many years. He joined A.R.C. in 1913 and rowed in the 1914 Champion 4's crew and was a committee man from 1920 onwards, and was prominent in the committee formed after the 1931 fire to handle the reconstruction of the boathouse and fleet. 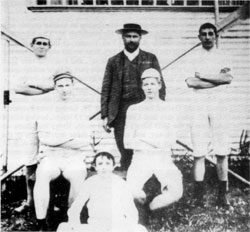 John Ellis, jocularly known to his many schoolboy charges as "Barrel", rowed as a boy in England for King's School, Liverpool University and London Rowing Club. When he came to Adelaide in 1952, he coached Under 16 crews at St. Peter's College, and later on in 1961 he coached the First 8, and since then coached many Head of the River 8's. He not only coached Adelaide Rowing Club 8's, but State King's Cup crews, and was a Chairman of the S.A.R.A. regatta committee and a State selector.

The devotion and skills of the following coaches are acknowledged, and deserve the gratitude of the Club, but narrative material about them has not been forthcoming: - John Sheppard, Bill Wallace, Geoff McIntyre, Sam Rose, Joe Boulton, Norton Ladkin, John Jarvis, John Marshall, Willie Hay and Jack Hume.

Dick Clark, the man who filled every job and office during his career in the A.R.C., did a bit of coaching as well, and, being somewhat short of stature, used to stand on the coxswain's seat to get a better look at the crew, hanging on the rudder lines to keep himself steady. The boys used to reckon that he took that position because he had piles and got sore sitting on the hard seat. The ditty they attributed to him went like this -

There was an old man of the Isles,
Who suffered severely from pisles,
He couldn't sit down Without a deep frown,
So he had to cox standing for misles. 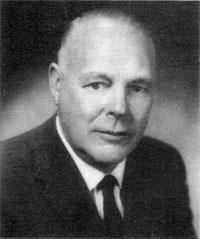 > next ARC at War