Don Arnold, having manfully shouldered the Chairmanship of the Club Committee all last season and held it together with his experience and systematic methods, was somewhat handicapped by the resignation of Dick Turnbull from the committee and Guy Hebblewhite's plea to be relieved of the job of secretary. Jill Manglesdorf took on the secretary's job very ably, but no suitable member could be found as treasurer until late in the season, when Bob Hudson agreed to take it on and solve the accumulated problems. But in May, Don himself fell gravely ill, and this compounded the leadership crisis, Mike Lohmeyer being unable to give the time to the office of Captain that was needed (through his work and distance from town), and through general lack of support. There were even murmurings of winding up the Club, but it was just that confounded pendulum at its lowest part of the swing once again.

Names of winning crews were not recorded, correspondence went astray, and there were numerous amendments needed to the new Constitution. Past oarsmen could not muster a crew to contest the Morrelli Cup, and the Captain's report was full of gloom. But the Club still managed to provide four members of the King's Cup 8, two members of the Youth 8 and two of the Colts crew, besides winning Champion 4's and Champion Pairs.

The fault, dear Brutus, was not in our stars, but in our tired and unwilling older oarsmen.

The bar had traded reasonably successfully and was augmented by new rent and hire schemes, but with losses on regattas, sales of clothing, reduced profit on social functions and runaway expenditure on printing, stationery, postage and telephone, there was a nett loss in the year of $665 and a monster slump in morale.

This would be an appropriate time to mention the deaths of some prominent members during the last three seasons: - Keith Forwood, onetime dashing stroke, Captain and President; Sir Mellis Napier, senior rower, committee-man and Lieutenant Governor; Stewart Ringwood and Jack Norton, both senior rowers and Captains in the early twenties, and Claude Coogan, senior stroke, coach and President - all good men and true.

A new star had risen to claim the J.J. Sharp Trophy, in the form of Chester Macdonald, Athol's younger brother, and Mark Hebblewhite and Henry Duncan shared the C.A.M. West, all three of them having received their coaching from Willie Hay. 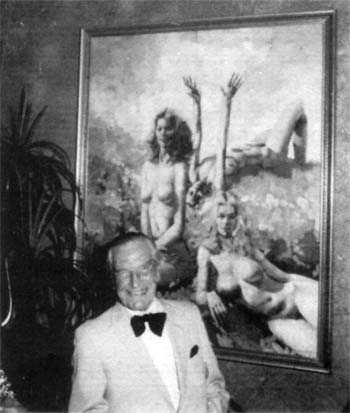 Enjoying the Victory Dinner. Ken Milne and a crew of Dryads.

The financial problems of last season haunted the Club once again, but a new man, John Clutterbuck, was voted in as President, willing to take on the onerous job of pulling the Club out of the doldrums. Membership had declined by over 145 from the peak of the early seventies, but there were some really talented oarsmen in all ranks, and they wrought a miracle by winning the State Premiership!

By April John Clutterbuck was able to send out a circular to every name on the membership roll and bid them celebrate the great event at a Victory Dinner. What a sudden turn around!

Not only that, but the non-rowers bucked up and turned in a surplus of over $2,100 to staunch the bleeding liabilities account - a good effort, but one which went nowhere near that of their brethren on the water. But members were kept in touch with Club events with newsletters as the crews rowed to victory, and even sold some advertising space to Guy Hebblewhite to help defray the cost of the 350 copies circulated per issue. (But the spelling in them was atrocious).

Other efforts to raise money to buy new boats consisted of a Christmas dance in the Club premises, a New Year's Eve party and also a "Midsummer Madness" disco night in February, all aimed at increasing the ‘take' at the bar, which at the end of the season ended 31st May made a net profit of nearly $1,800.

By now the Christmas morning music was taped; a far cry from the piano and male duet of former years or the string quartets before World War I. But hark! some of the Herald Angels singing the carols were now lady members.

An event to gladden the heart of the new President, which happened after the financial report and dire warnings of impending bankruptcy by the new Treasurer, was the payment of $2,255 in settlement of an in­surance claim, and the opportunity to pay off the debt owing to the long-suffering Sarahs, who straightaway handed back $1,000 towards the new boat. That would be just about the biggest donation ever made, and a fair bet would be that the State Premiership helped a lot. 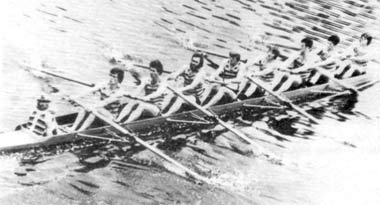 The auditors had something to say about adequate controls over the bar and resale items. Things were being pulled into gear after several seasons of Rafferty's rules.

But something which had really slipped and has not been corrected is the so-called Annual Report. Over the last four seasons and those two between 1978-79 and the writing of this history, these "Annual Reports" have not been worthy of the name. Names of winning crews, dates and places, winners of Club trophies and awards have all been omitted, as have social functions, the state of the boathouse and fleet, and most of the obituaries. In place of facts, we get a homily from the President about paying subs, and some general, airy remarks and thanks from the Captain, Secretary and Bar Manager. The financial statement and auditor's report and the list of officers are the only things of substance that remotely relate to history.

Don Arnold, universally loved and respected, died during the season, to the great sorrow of his many friends - one of the most human and hardworking Presidents the Club ever had.

After all the celebrations and congratulations had died down, it transpired that the number of rowing members who had actually been in the winning crews which had earned the points to win the Premiership was 10! 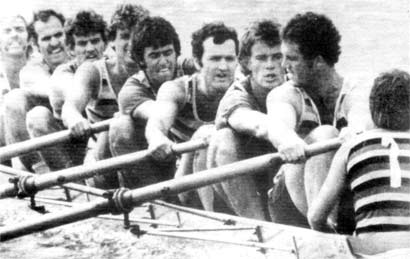 > next Early Days of Rowing on the Murray