At the Annual General Meeting, there were some sweeping changes, and this seldom is good news. And so it transpired R.F. Jacobs was elected Captain in place of Grayson and that very recent member, Charlie Butterworth came in as Vice Captain.

The Secretary and Treasurer were both new men, and after the first Committee meeting, Grayson and Napier resigned from that office, leaving only Peterswald and Clutterbuck with any experience.

Jacobs assumed the position of coach of the Champion 8 crew and introduced the N.S.W. Association Uniform Method of Coaching.

The effect of all these sudden changes was quite startling.

Three members of the Champion eight, on the day of the race, refused to row, two of whom were very well known and well liked members of the Club, and the other could well have become so, had he not been killed in the war.

The Committee held two Special Meetings and demanded apologies and debarred all three from further competitive rowing for the rest of the season, but clearly, there was a clash of personalities and similar incidents were to follow the careers of two of the main characters in the unhappy flare up.

The main peacemaker was the new Club President, the Rev. Canon Girdlestone, a man of great experience and goodwill, who had been a talented rower himself, and continually worked towards good fellowship among all rowing men. Just one example of this policy was his nomina­tion for membership of Adelaide Rowing Club of four very influential men, all of whom became boarding house masters at the school of which he was Headmaster - F.A. (Buck) Wyatt, A.J. (Benny) Brooks, P.P. (Pat) McLaren and J.H. (John) Hill. 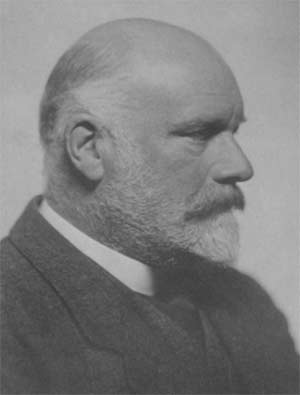 The welcome win at Port Adelaide of the Junior 8 shortly after the Champion 8's incident helped to reassure everybody, and some of the young men who had joined the ranks were to become famous in years to come.

Men like W.H. Christophers, one of the famous Secretaries, R.H. Wallman, probably the best known of all Presidents of the S.A.R.A. and H.V. Menz, a famous Captain, President and benefactor of the Club. C.A. Hamilton was another great rower and Ken Milne transferred to the active list.

Crews made the journey to Port Pirie and to Murray Bridge regattas, but without winning, and J.J. Sharp was even more popular with his Christmas Morning arrangement, as 186 members turned up.

The Captain, R.F. Jacobs, was ill for at least 7 months of the season, but the Committee managed very well, buying new boats and selling old boats to clubs just starting up and introducing a Club blazer which was black with braid of the Club colours and had a large badge pocket.

They had crews training for Champion 8's, Champion 4's, Junior 8's and entered both the Torrens regattas, but Murray Bridge R.C. were carrying all before them, and in a test race against a composite crew of metropolitan rowers, won by 8 lengths and represented South Australia in the Interstate 8's on the Yarra and came 2nd to Tasmania.

Just one win is recorded by A.R.C. in S.A.R.A. regattas, which was very surprising, because among new members were such names as C.R. Cudmore, C.H.H.L. Abbott, A.L. Kennedy, A.S. Ferguson, R.K. Wood, R.A. Joyner, A.J. Hannan and two Wilcox's.

Many of those men became prominent members of Adelaide's Legal profession and had been outstanding rowers at University.

But that just shows how good the Murray Bridge Senior crew was.

Women's rowing was gaining in popularity, and Adelaides lent their boats on occasions to two bodies, the Original Ladies' Rowing Club, and S.A. Ladies' Rowing Association, which held its regatta using the Adelaide Rowing Club lawn and landing.

About four months after the new Governor, Sir Henry Galway arrived, War was declared, and by September, barely a month after that, a Smoke Social was held in honour of the men in Adelaide Rowing Club who had joined the First Contingent.

Seventeen of them turned up, and others were in training in camp.

Competitive rowing was virtually at a standstill in the Club, Mercantiles having amassed enough points to win the Premiership by winning all the races Murray Bridge had not or could not enter while away in Melbourne.

At Henley-on-Torrens, in December 1914 there was a marquee selling refreshments, the proceeds from which were donated to the Belgian Relief Organization, so the usual afternoon tea in the marquee alongside the Adelaide boathouse was ruled out.

Two Adelaide crews won their events at Henley, and two more were successful during the season, one at Murray Bridge and one at the Autumn Regatta, but Murray Bridge Club was unbeatable in Senior events, finishing up with 128 points in the Championship, with Mercantiles next on 42 points and Adelaide 3rd with 28.

Because of enlistments, absentee members went up from 0 to 36 but a crew did enter for the Murray Bridge and Mannum regattas, now well established and held over the long week-end and are still held at the end of January to this day.

Relatively fresh after the train journey starting at 6.30 a.m. at Adelaide, they won their race at Murray Bridge on the Saturday, and after the regatta caught the paddle steamer taking crews and towing boats to Mannum that night so there was not much sleep with "them paddles chunkin". 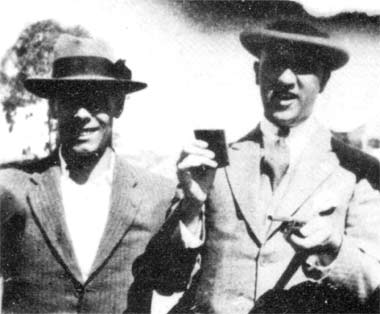 Picnic on the Sunday, and the luncheon for visiting crews and officials to be attended on the Monday, as guests of the Mannum Rowing Club. A very convivial affair it was, too, and formal to the extent that all the local dignitaries had to get into the act and there were toasts to "The King", "The Parliament", "The S.A.R.A.", "Kindred Clubs" with proposers and responders from all visiting clubs, then "The Ladies", "The Press", "The President", and not until after this verbal and gastonomic marathon did the regatta begin.

The Adelaide crew only managed a second in their race at Mannum. Then it was back on the paddle steamer, load the boat on the train at Murray Bridge, and off the train at Adelaide, and into the boathouse at dead of night.

The first war casualty was T.A. Whyte, at the Dardenelles, and this was quickly followed by five more and five wounded.

A sub committee was formed to compile a Roll of Honour, and members were enlisting and resigning. The Annual Ball was abandoned and the subscriptions reduced.

To add to the gloom, two Vice Presidents died, M. Doswell, and T.R. Scarfe. So at the next Annual General Meeting, the Committee announced a Club policy to suit the vastly changed times:

No participation in public regattas, no Smoke Socials, Annual Balls, or further elections except as necessary to maintain a caretaker Committee and list of senior officers. Club membership and maintenance and communication would continue and rowing would continue on a practice and keep fit level.