The new Governor, and Patron of the club was Sir George Le Hunte, K.C.M.G., and he took enough interest in rowing to visit the boathouse, meet the President and Senior members and take afternoon tea while the String Quartet played on the occasion of the S.A.R.A. Summer Regatta in mid-December.

An Adelaide Rowing Club crew won the new race named in his honour at the inaugural occasion at that regatta.

Opening Day was another undoubted success, 600 guests attending, and the President's wife providing the afternoon tea, which was served for the first time in the upstairs section of the boathouse, all beautifully decorated and hung with rowing pictures and winning crews, and the guests could appreciate the extensions recently made, and although 400 chairs had been hired for the visitors, there were not enough on this occasion.

It seems that for many years, members could buy and consume beer in the clubhouse by approaching a member of the Committee who had a key to the cellarette under the floor of the boat shed, and provided there was reasonable restraint, the police never interfered.

The Captain always kept a supply of whisky in his locker for the occasional visit by a Vice President or other senior guests in the rowing fraternity from interstate.

W.P. Auld and Sons, liquor merchants, often presented four dozen beer or a cask to the Club, and as father and son were members, they knew how to look after their good customers, and so did the Johnsons, of Oakbank.

But the Committee decided they should put the whole business on a legal footing, and apply for a liquor licence. The Club had a hefty overdraft, and here was a way for the members to buy their beer at a small profit to the Club, and "Drink it out of debt".

So they applied for a liquor licence, and were duly told by formal minute that the Hon. the Treasurer approved the granting of the licence subject to a hearing of submission before the Licensing Court. Fee for Provisional Licence £2-10-0.

Meanwhile the President, H.R. Dixson, had a chat to the Commissioner of Police who told him that he was prepared to virtually "turn a blind eye" to the dispensing of liquor in the time honoured manner established, but would strongly object at the hearing of the Licensing Court to any licence being issued to a Sporting Club.

Apparently he was anticipating the flood of applications and the consequent escalation of work for his force, should the application be approved.

The Secretary was hastily told to withdraw same and to request the refund of £2-10-0. The price of a bottle of beer to be increased from 6 pence to 9 pence. 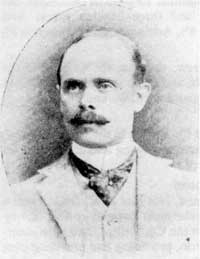 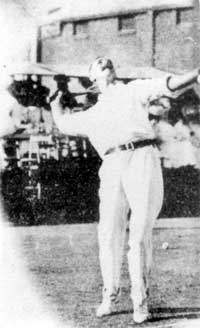 Under Arthur Nicholls, the Senior crews were winning race after race, with Grayson and Gosse in the stern. A promising crop of younger oarsmen were making the competition for the other seats in the boat very strong. In the Junior and Maiden ranks the same competition was evident and the Club won six races at the Summer Regatta in December, the two Senior Fours, the Junior event and three Maiden races. And although Port Adelaide won Champion 8's, Adelaides won Champion 4's by seven lengths.

The Interstate 8 included 5 of the crew, the cox, the coach and the manager all from Adelaide Rowing Club, and came second to Victoria in Brisbane in May, 1904, beating Queensland, N.S.W. and W.A., South Australia's best result so far. 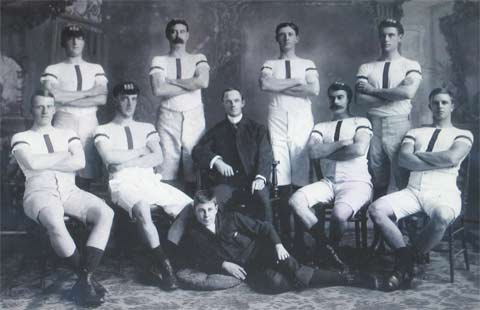 This would be one of the peak periods for rowing in the Club's history, starting in 1902, when Grayson came back to rowing and continuing on to 1905, after which the peak was passed.