The Character of the Adelaide Rowing Club

Right from its inception as I Zingari Rowing Club, this Club was different from other clubs of its day. Its members were not identified with any particular district, like Norwood or Port Adelaide, to any fraternity or trade, like Banks or Elder Rowing Club, or to any centre of learning like University; nor were they expected to compete in public races unless they nominated to do so. It started with two classes of members - honorary and ordinary, roughly equivalent to the later categories of non-active and active. Yet the non-active ones could still row, but were not chosen in crews entered for competition against other clubs. 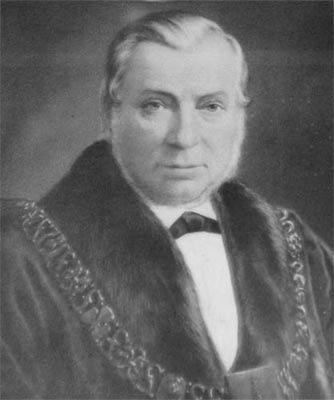 There was also a system adopted of "vetting" nominations for membership in those Victorian and Edwardian days that we today would consider undemocratic. The proposed member's name was put on the notice board for several weeks, and after that time the Committee would apply the system of balloting, or the Black Ball test. Each committee man was given a black ball, and a padded box was passed around the table as each nominee came up for consideration. If two black balls were found in the box after it had circulated, that nomination lapsed. That was supposed to ensure that no strained relations would occur in the Club and that the membership was kept exclusive.

Whether this worked is hard to believe, as the Minutes of committee and general meetings abound with petty squabbles and reports of members being censured for bad behaviour. One thing it did was to keep the membership free of any professionalism.

The very choice of the name I Zingari was an attempt to identify with that highly exclusive amateur British Cricket Club still in existence today, which bristles with members of the aristocracy, the gentry and the military.

So it can be assumed that there was a conscious attempt, in those early days, to keep this club exclusive. Some people probably even regarded its members as snobbish.

It is a fact that, from its inception, the Patron of Adelaide Rowing Club was always nominated as His Excellency the Governor of South Australia. This tradition lasted until 1923, when Sir Tom Bridges declined the nomination because in that year, when he arrived in South Australia, the S.A. Rowing Association got in first, and he felt there might be a conflict of interests. Thereafter the Vice-Regal connection was maintained only occasionally, when the Governor's party was invited to attend the Adelaide Rowing Club Ball or other social functions.

But the Club has always prided itself on the social side of its activities, and this applied especially during its early life. It was normal for 300 or more people to attend the Opening of the Season in October, when the Patron or the President made a speech and unfurled the Club flag on the flagpole, and this event was on the "Required List of Events" on the social calendar for Adelaide society of those days. On one occasion the attendance went up to 700! Afternoon tea was served and a string orchestra played while a programme of Club races was rowed, and members took young ladies, dressed in the height of fashion, for a row in one of Jolley's pleasure boats. In those days Jolley's shed was right next door, in what is now Scotch College boatshed.

The Club calendar included such events as swimming races in the City Baths, formerly on the site now occupied by the Festival Centre, also concerts to raise money for boats and oars, and smoke socials, accompanied by a string quartet, with musical items contributed by Club members.

Any regattas at Port Adelaide were very popular with the more adventurous young ladies who could wangle a ticket on one of the launches which followed each race.

The Christmas morning reunion was established very early in the Club's history, and other events such as boxing, wrestling and gymnastic exercises such as swinging Indian clubs and tumbling and vaulting were held.

From its outset the Club provided an entire way of life for the eligible young Man-about-Adelaide. Members who happened to be overseas sent telegrams or Christmas cards to their Old Club to be read out at meetings. The Club itself sent telegrams at Christmas to the General Officer Commanding troops at the Boer War and the Great War (W.W.I.) sending greetings to all rowing men. Older members who had become successful and prominent donated trophies which still bear their names. That, of course, is a corollary in any long-standing club.

There was always a high degree of Esprit-de-Corps in the Adelaide Rowing Club, and this best showed up in times of crisis, like the Fire, and a constant procession of strong characters made their mark on the general spirit of the place, whether by their diligence or their way of inspiring their fellows - men like John Milne, Alf Grayson, Joe Sharp, W.H.G. Blain, Hugh Orr, Jimmy Gosse, Herman Menz, Len Grummet, Bruce Boykett, Stan Facy, Keith Forwood, Dick Clark, Hurtle Morphett, John Williams, Colin Runge, Don Arnold, Russell Osman and Willie Hay and many others, depending on your point of view.

Of these, the one who probably had the greatest influence on the Club was Sir James Gosse, known in his sporting days and by his contemporaries as Jimmy Gosse. He was a giant in the boat, usually at 7 or 3 to Alf Grayson at stroke in a four or an eight in his younger days, a giant socially, and a giant as an administrator. He encouraged young rowers, he advised puzzled committees, he donated countless trophies, and in his slow, controlled, almost drawling speech (fashionable among his contemporaries) he formulated many ways to help set the character of the Club.

In those early days the number of sporting clubs and, indeed, the number of sports was very much more limited than today, and low mobility of transport helped pin sportsmen down to one main sporting interest for eight months of the year and a winter sport for the other four months.

Adelaide Rowing Club not only competed in public (S.A.R.A.) regattas, but held many races between Club crews, with valuable trophies to be won at four or more Club rowing regattas during the eight months of rowing. By donating many of the trophies at these Club regattas, Jimmy fostered the habit among countless Adelaide Rowing Club men to keep nominating for crews - any crew, any time. Later on he gave a trophy for the crew which rowed the greatest distance on the Torrens in any one day, and another trophy for the member who covered the greatest aggregate of miles rowed in one season. You did not have to be a champion rower to win a Gosse trophy, but you had to be a tryer, and it was Steve Fairbairn who used to say "Mileage makes champions".

The Adelaide Rowing Club, like all other rowing clubs, has had its successful years and its disastrous years in open competition, but Jimmy Gosse wanted to make sure that the underlying club spirit kept surging on.

Many authors in the past have marvelled at the way friendships made through rowing tend to last a lifetime, because rowing engenders the selfless giving of total effort for the team's benefit, without thought of personal praise or reward. This has certainly applied to members of Adelaide Rowing Club, and there are countless examples of members whose most valued friends are fellow rowers. They maintain contact with the Club in their later years like few other sportsmen, and look with nostalgia to their years of rowing as the finest of their lives.

> next I Zingari: The Origin of the Club