Appendix 5. The Oarsmen's Cenotaph and the WWI Roll of Honour 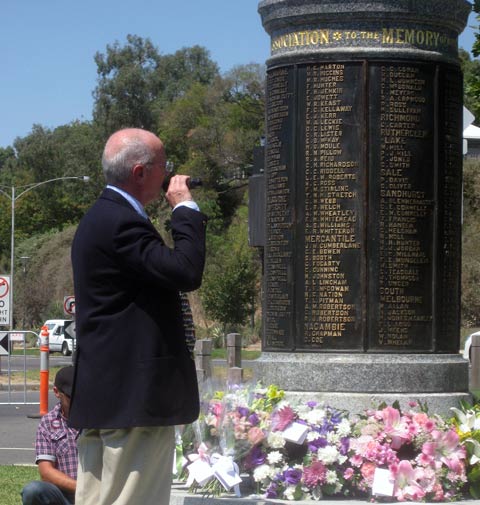 Rededication of the Oarsmen's Cenotaph in 2013

The Oarsmen’s Cenotaph is a tribute to those Victorian oarsmen who lost their life serving their country in WWI. 316 names appear on the monument with 20 clubs represented - almost every club in the state at that time. When war broke out the full strength of the VRA was 2117 members; this included many who were too old or otherwise unfit for military service. Of these 1201 enlisted, 316 died and 110 had won distinctions.

Rowing Victoria Inc (then known as the Victorian Rowing Association) raised funds for, and then commissioned the substantial monument on the corner of Alexandra Avenue and Boathouse Drive.

The memorial was commissioned to be of an obilesk style made of granite and bronze. The design was of Mr. A. S. Hall, who won the competition for the memorial, and comprised a granite base, bronze name plates, and a polished granite capping with urn. Mr. G. E. Edwards built the memorial using Harcourt granite. (See below for details of the competition from the Journal of The Royal Victorian Institute of Architects.) 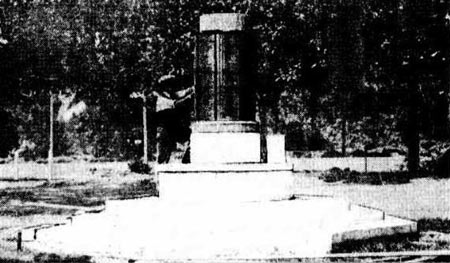 The Cenotaph during construction - The Argus 1924

It was funded by the Fallen Oarsmen’s Memorial Fund of the Victorian Rowing Association, a fund authorised by the Repatriation Department and commenced in mid 1918. The Fund drew donations from rowers throughout the State. It also attracted assistance from regatta committees and most importantly, £105 from the Melbourne Amateur Regatta Association, the organisers of Henley on Yarra. The appeal closed on 1st April 1919. The memorial was also funded from the proceeds of the sale of John Lang’s Victorian Oarsman with a Rowing Register and in the end, the Fund amounted to some £700.

The memorial was unveiled by His Excellency the Governor General and accompanied by Her Excellency Lady Forster on Sunday 30th March 1924. The Launceston Examiner described the comments made by Lord Forster as follows. Lord Forster stated that he was glad to take part in the ceremony, not only because he was Governor-General, but because he was keenly interested in all kinds of sport. He expressed his pleasure at the site chosen for the memorial, over-looking the river, which had given such pleasure to those whose names appeared on the memorial. He referred to the great advantage which young men gained when taking part in such a sport as rowing, in which the individual worked, not as an individual, but as part of the crew. Specially was it so at the finish of a hard-fought race, when men were holding on, so that they would not let their crew down. There was need for such a spirit in the difficult days of peace; for it was the name for such a spirit that the Australian forces had won in the war.

Colonel Semmens, the VRA Vice President, presided in the absence of Sir George Fairbairn who was in London. 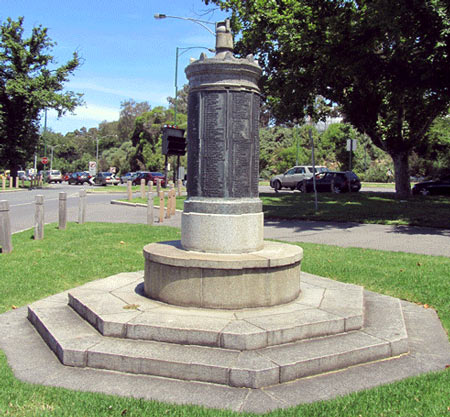 The memorial before renovation in 2011

In 2013, The memorial was full restored by Rowing Victoria with the financial assistance of the State Government.

The WWI Roll of Honour appears on the next page.

The competition which led to the design was reported in the journal of The Royal Victorian Institute of Architects in November 1922. The following extract has been provided by Dr Bruce Coe. 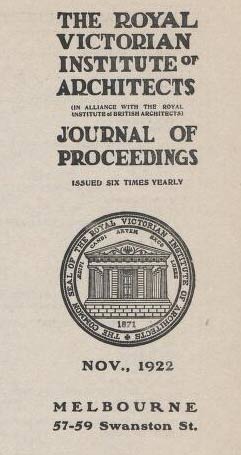 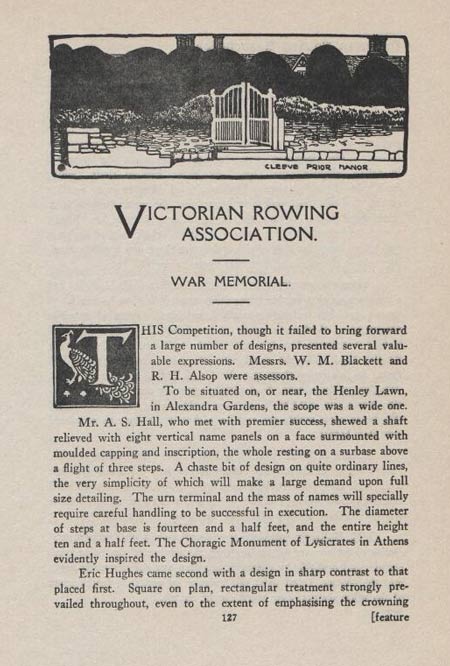 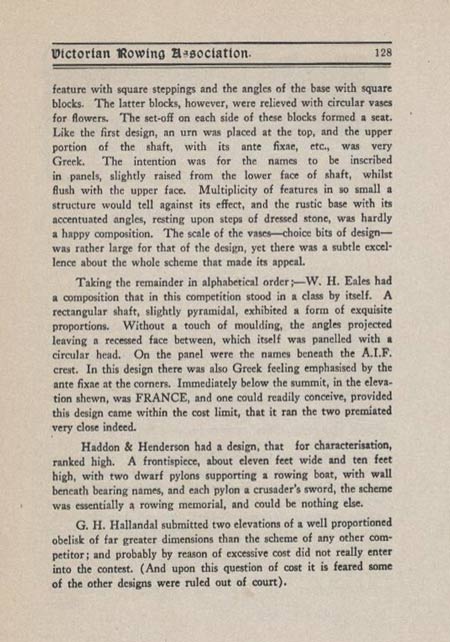 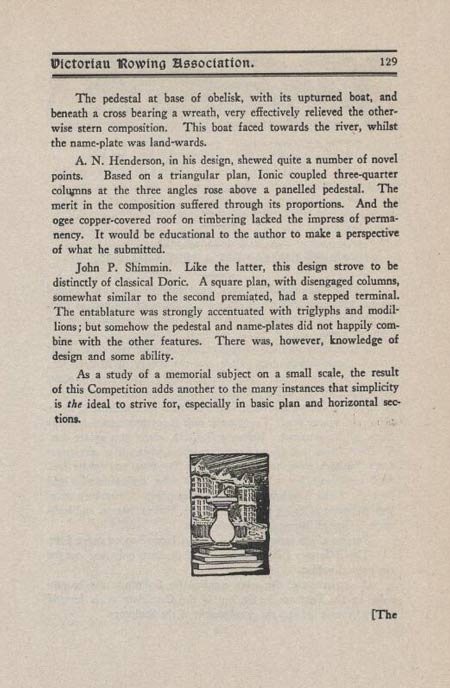 > next Appendix 6 - Roll of Honour WWII