For a number of years Sir William Clarke, Bt., of "Rupertswood", Sunbury, maintained at his own expense a Voluntary Battery of Field Artillery. After his death in 1898, the Battery was disbanded. Some of its personnel with others interested in fencing and physical culture in many of its forms decided to form a club. The principal promoters were Messrs. J. V. McComas, Fred Youl, Seymour Dennis, A. E. T. Payne and Sam Graham. 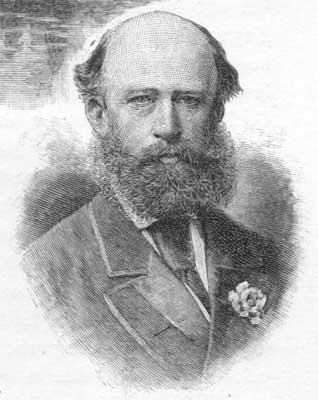 At first it shared accommodation at the Christ Church Hall (South Yarra) with the Boomerang Bicycle Club. The Athletic Club grew in numbers and enthusiasm, and it was decided to obtain more central and commodious quarters. It so happened that at this time (as previously mentioned in these notes) the Melbourne Rowing Club fortunes were at a low ebb. It had a fine boat-house and a fleet, very few members, and liabilities amounting to about £200. Mr. E. D. Crellin, a well known city accountant was in charge of its affairs. An approach was made to him, and after considerable negotiation, an arrangement was made to take over the boats and other property, to discharge the debts, and to carry on as "The Melbourne Rowing Club with which is amalgamated the Melbourne Amateur Athletic Club."

From then on till the outbreak of World War I, the revitalised Club progressed famously. In addition to rowing (non-competitive) the members indulged in boxing, wrestling, fencing, ju-jitsu and general physical culture.

During that period many well known instructors were engaged (the average fee paid them being 12 guineas per quarter). Among them were Professor Miller in charge of the Police Department gymnasium and well known as an expert boxer, wrestler and strong man; Jack McGowan (Gentleman Jack) outstanding as champion lightweight boxer; Sam Gray; and Peter Felix heavy weight champion boxer. Fred Porter famous physical culturist was also one of them.

About this period every third year or so a Japanese Fleet visited Melbourne, and an Assault-at-Arms was arranged between our Club and officers of the Fleet, which included contests and displays of single-stick and two-handed sword bouts, Japanese wrestling and so forth. At the biggest of these functions at the "Princess Theatre" the house as booked out, even the Upper Gallery ("The Gods") being used as a Dress Circle. For many years a large picture of the audience hung on the CIub room walls.

The formation of the Victorian Amateur Boxing and Wrestling Association was largely due to members of the Club.

In 1914 the Club decided to renew competition in the Regattas. To that end a new racing four was acquired with the intention of entering a crew for the Henley-on-Yarra of that year. The outbreak of war in August put all ideas of such frivolous matters as rowing out of the members' heads, and there was a rush to enlist. Of a little over 100 members about 80 went overseas. A large number of them attained commissioned rank and many gained war decorations. Quite a number paid the supreme sacrifice.

After the end of the War the Club was back to the same condition as in 1898. The remnant of membership consisted of "Buck" Knox, J. W. McComas, Reg. Purbrick, J. Beecham Kiddle, and may be one or two others. One day Lieut.-Col. J. M. Semmens (President) and Capt. A. M. Treacy (Vice-President) of the Civil Service Rowing Club, which for many years had occupied half of Jerram's boat building establishment, waited on Mr. McComas and suggested to him that the Melbourne Club, which was making very little use of its premises, grant a lease of one floor.

The Civil Service Club had outgrown its accommodation it had a large membership roll, a good fleet, about £200, and desired more commodious quarters.

The rowing sheds after construction of the new bridge

The two gentlemen were informed that it could probably be arranged to hand over the Club House - with boats and all properties (there were no financial liabilities) provided that the Civil Service Club was prepared to drop its name and carry on as "The Melbourne Rowing Club, etc."

Naturally Col. Semmens and his members were loathe to sink the name of their Club which had an honourable record since 1866. There ensued a lot of negotiation. However, as the C.S.R.C. were experiencing a house shortage crisis similar to that afflicting the community at this time of writing, they agreed to the Melbourne Rowing Club terms and the union of these two fine old clubs (the oldest and the second oldest in Victoria) was happily consummated under its present title "The Melbourne Rowing Club with which is amalgamated the Melbourne Amateur Athletic Club and the Civil Service Rowing Club".

This came into operation in July, 1922. Probably the most persistent negotiator on the C.S.R.C. side was Mr. Syd Chubb, its Hon. Sec. at that time, afterwards 2nd. Clerk Assistant of the House of Representatives at Canberra, and who recently died in Sydney. It was largely due to his untiring efforts that matters were brought to a satisfactory conclusion. He was an able official and well loved member of the Club.