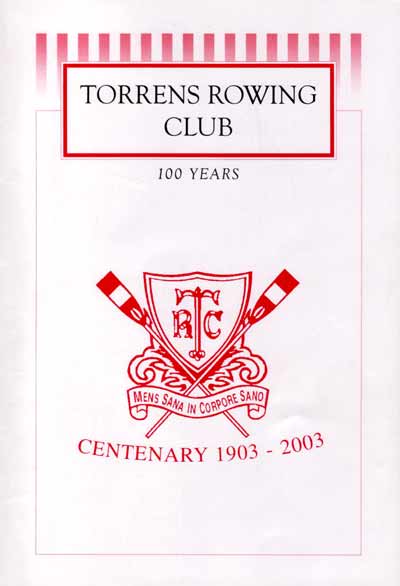 Front cover of the 2003 Centenary History. 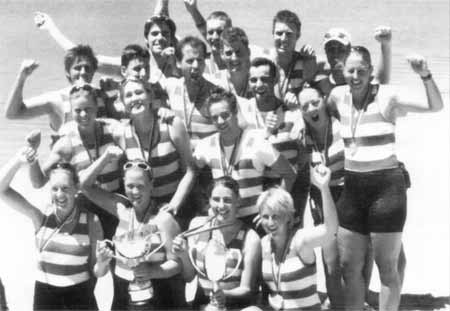 The year 2003 marks a milestone in the history of the Torrens Rowing Club being the 100 year since its inauguration. We are proud of what the Club has achieved over these years. Our performances have been colorful, gratifying in competition and the Club has grown to be well regarded and respected throughout the rowing community in Australia.

> next Life Members, Presidents, Captains and Australian and Olympic Representatives