For the duration of the 1914-1918 World War, rowing came to a competitive stand still. Although a very large number of members enlisted, the Club interest was kept alive by the untiring work of such men as Charles Darwent, Alan Broadbent, Bill Robins, Charles Kellett, R.A. Walsh, Eric Kriehn and Bill Guppy. They continued to give extremely valuable service for many years.

Charles Darwent was secretary for seven years and a committeeman and coach for many more. He was appointed Kings Cup manager for the race rowed in Tasmania in 1921, and was Club coach from 1935 until 1937, his crews winning Championship Senior Fours and Eights each of those years. 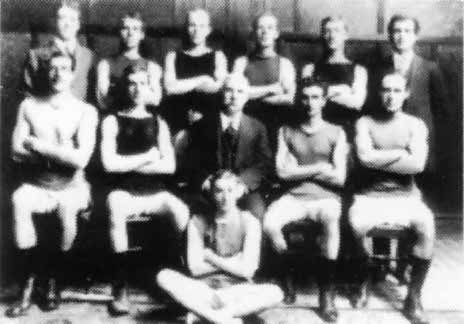 Alan Broadbent was a foundation member of the Club and took an active interest until his death He gave considerable financial assistance during the depression years, and was President for four years. Bill Robins was a Club coach from the late 1920's until 1934 and set the stamp of dedication on Club coaches who followed.

Charles Kellett was considered the founding father of the Club and he inspired members to build a reputation among the rowing community of having the requisites of courage and stylish ability.

The Walsh Shield for which the members of the Club compete each season, speaks for the high regard that R.A. Walsh was held. Eric Kriehn and Bill Guppy filled various positions on the executive of the Club for many years.

During this period, Christian Brothers College had the use of our boathouse for an annual fee of £3/3/0. This was the beginning of our close connection with the college.

With peace, the 1919-20 season saw a return to full activity. The Club again competed for the Stewards Challenge Cup, and having held it for the past six years, was defeated in the final by a Murray Bridge crew.

The Club won far more races than it lost during the following six seasons. From 1927 to 1930 the Club began to forge ahead through the keenness and ability of new oarsmen such as Bill Ninham, Alf Gregory, Tommy Crookall, Alton Dally, Ken Ormston and Tony Billinger with Alec Masson and Bill Robins as exceedingly dedicated coxswain and coach respectively.

Toward the latter stage of this period, a young boy called Deb Earl became extremely interested in joining as a coxswain. With a mentor in Alec Masson and a complete natural ability he became one of Australia's most successful coxswains.