With increased membership, more space and more attractive surroundings, the number and variety of social activities within the club climbed steadily. An annual ball was conducted each year until 1955 when it was allowed to lapse. The 1951 ball, the first of four held on the Show Boat, was a great success financially as well as socially, but the others were poorly supported and financially dispiriting. 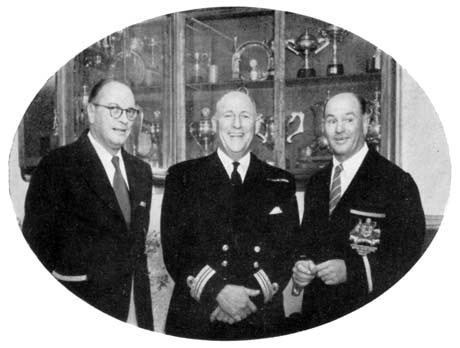 In March, 1954, a visit to Sydney by Lt.-Commander Bob Pearce, Royal Canadian Navy, was made the occasion of a complimentary dinner in the club house and it proved very successful. An annual dinner was promptly inaugurated, complete with guest speaker each time. The guests were Sir John Northcott (1955), Rear Admiral H. Buchanan (1956), the Hon. F. M. Osborne, Minister for Air (1957), Sir Eric Woodward (1958) and L. C. Robson (1959).

New Year's eve dances proved very successful, various themes being adopted for each. (That heralding the arrival of 1955 must have been especially lively as the January committee meeting resolved that "we compensate the drummer for damage to his drum on New Year's Eve.") The children's Christmas party was another established feature of club activities. Over 350 were present at the 1953 function, while magicians, pony riders and gifts from Father Christmas were a feature of each party.

Other dances were held, roughly once a month, and a variety of other special functions. The success of many of them-and the Christmas party especially-was due to the willing efforts of many of the ladies associated with the club. At the end of 1958, a formal Ladies' Auxiliary was re-established and "this well organised group of ladies, being wives and friends of Club members, combined to provide social entertainment that has not been experienced in this Club for many years". Dance cabarets, fashion parades and picnic dances and barbecues were among the functions successfully staged.

Two special groups within the club were active on the social side. Meetings of the Sydney Old Boys' Union were held twice each year initially and, after 1955/56, more frequently when possible. The christening of boats continued to be a high point of these gatherings. In 1957, however, the major feature was the boating of the 1937 champion lightweight eight in its entirety. 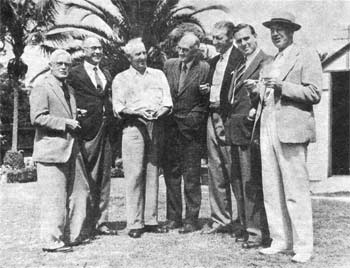 An important development in 1956/57 was the formation of the SRC Indoor Bowls Section. With the approval of the club's committee, office bearers were elected, rules and by-laws adopted and affiliation obtained with the NSW Indoor Bowling Association. Only a few members had bowled before, but the group was soon competing in Association championships, as well as adding greatly to mid-week club activity. 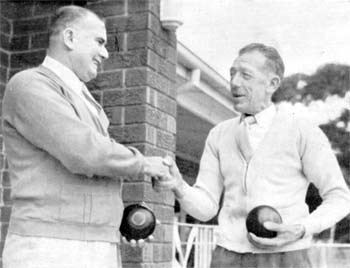 Championships within the section were held, winners of the singles being Albert Wood (1957), Arthur Chadwick (1958), Graham Miller (1959) and Jim Hickey (1960). Pairs championships were also conducted while, in 1958, the SRC combination of Ted Connors and Herb Turner won the NSWIBA's State Pairs Championship. The group thrived, and a second mat for bowling soon had to be obtained. 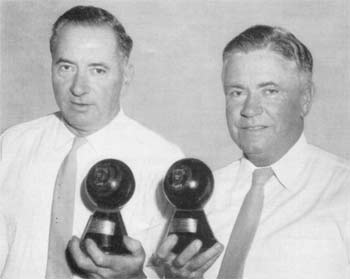 Tennis, billiards and swimming were among the sporting activities other than rowing provided by the club in earlier years. The idea of a bowling green at the Branch was explored in 1935, 1941 and again during the 'fifties, while there was a resolution passed in 1947 to construct a basketball court. A table tennis table was purchased in 1953 and advocacy of a squash court at the club began to be increasingly heard.

A Darts Section was also formed in 1956/57 but, while initially successful, the group failed to become a permanent element in the club's activities. The holding of an Anzac Day commemoration at the club had become an established tradition by the mid-1950's, while a dinner at the end of the season for coaches and active members was introduced in 1958.

The winter point score continued regularly during the decade. Initially held over four Saturday afternoons, the experiment of conducting the events on Sunday mornings (when there were no big football matches to compete against) proved successful, and this was standing practice by the end of the period. The competition was conducted in three grades, depending on ability, for the Deloitte, Kerr and Rosevear trophies, while a coxswains' trophy was also given. Charlie Stewart and Jack Creaser were consistently prominent among the competition organisers.

The club was again fortunate in having some excellent coaches available. Bill Dixon and Tom Chessell handled most of the senior coaching until 1953/ 54 when Jack Goulding took over with much success. Joe Gould and Bert Goulding were the principal senior selectors in the first half of the decade. Norm Grounds took on a much lighter coaching load than in the past, while Mac Ruffels and Roy Hunt had considerable success with various crews.

Jack Creaser commenced a successful coaching career in 1951/52, with Bill McMahon, Ken Houghton and Vic Middleton also lending a hand. Ernie Chapman was a major gain to the coaching ranks in 1954/55, while Don Sutherland and John McDonald were soon also hard at work. Herb Turner, too, spent much time with the club's scullers, including his own son, Peter. Frank Nichols, the experienced Sydney High coach, George Carlson and Howard Holden commenced coaching in 1957/58, and Bill Andrews in 1959/60. Among those serving as senior selector in the latter years of the decade were Chapman, Nichols, Creaser and Jack Goulding.

The range of awards available to members increased considerably. The Honour Blazer was, however, awarded four times only, the worthy recipients being Howard Holden (1955/56), Jack Goulding (1956/57), Ernie Chapman (1958/59) and Jack Creaser (1959/60). Five members were also elevated to the position of honorary life member: Bill Bradley (1953/54) and Bert Goulding, Jack Goulding, Howard Holden and George Parlby (all 1958/59).

Three more trophies were presented for annual award in 1959/60. Alf Duval snr. presented a trophy for the novice oarsman showing most promise during the winter months, and this was first awarded to John Lowe.

The Indoor Bowls section of the club presented two trophies to be given to the "most meritorious" coach and coxswain each year. George Carlson became first recipient of the coaching trophy, while the coxswains' trophy was shared between G. Thurkettle and D. Cashman.

The most successful club on the river in the '50's was Leichhardt which won the premiership four times, including a hat trick, was runner-up four other times and third in the other two years. Along with Sydney itself, however, Haberfield was close behind, with three more premiership wins, four seconds and two thirds. Haberfield also scored no less than six wins in the junior pennant. A major activity of the club was the organisation of a trip to NZ by over 30 members in 1958, participation - albeit without success-in the NZ championships being a highlight.

It was an exciting decade for Mosman: a branch shed at The Spit was opened at the end of 1954 and, in April, 1955, a liquor license was granted to the club. Considerable rowing success was obtained while, in 1956/57, the club purchased a four-acre property at Killarney Point, Middle Harbour.

North Shore proved very active, although the club slowed right down on the river at the end of the decade. In 1955 membership reached 132, of whom 82 were active. Balmain and Drummoyne were very subdued for most of the decade although both showed increased activity in the middle years.

Tragedy struck for Glebe in May, 1953 when its club house was completely destroyed by fire and all boats were lost. Rebuilding was delayed until 1957. 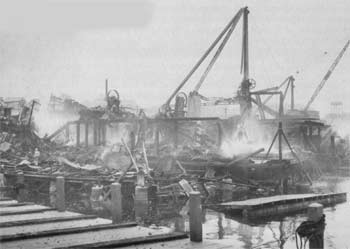 Remains of Glebe's shed after the fire of 1953

A number of new clubs were formed and a number of existing clubs died. NSW Police finally disbanded in 1951, its remaining members joining Sydney (although Joe Gould initiated an attempt to get the club going again in 1957). The newly established clubs at Port Hacking and Brisbane Water ceased to operate early in the period, while a Liverpool club which commenced in 1951 finally closed down just before the end of the decade. A Hawkesbury District club commenced in 1952/53, but it suffered a major set-back in 1955/56 when its club house and most of its racing equipment were washed away by floods.

New clubs were also formed in the metropolitan area. The St. George Rowing Club was established early in 1957, many of its oarsmen being members of the NSW Fire Brigade. The club was "adopted" by the strong St. George Leagues Club and given assistance in building a club house on the Cook's River. In 1958/59, the Scotsmen Rowing Club, comprising old boys of Scots College, was formed and in 1959/ 60, the Colleagues Rowing Club, composed of former Sydney High oarsmen, was formed.

There were other developments, too, in country and university rowing. In March, 1959, a Northern Rivers District Rowing Association was formed, the foundation clubs being Grafton Volunteer Water Brigade, South Grafton Volunteer Water Brigade, Lismore Volunteer Water Brigade and Rowing Club, and Grafton Amateur Rowing Club. This move was stimulated by the RA's Rowing Development Committee which was formed in 1958. The District Association affiliated with the RA which agreed that, in the event of a win in a championship event by a club affiliated with the NRDRA, that club would be entitled to hold the race for the championship at a suitable northern rivers venue in the following season. In addition, if the win entitled the club to representation in the Australian rowing or sculling championships, the RA undertook to give every assistance to the club to enable it to do so. A Manning River Rowing Club was formed at Taree in 1958/59 and there were also moves to form a club at Kempsey and, perhaps, establish a Mid-North Coast District Rowing Association.

Sydney University, without its own shed, was rarely seen in club races during the decade and fared quite poorly in intervarsity events, which were dominated by Melbourne. The club dead-heated with Melbourne for first place in the 1951 race but then had to wait till 1960 before victory was tasted again. The NSW University of Technology Rowing Club was formed in 1952 and, by the end of the decade, was registering some success in the intervarsity events, finishing third in both 1959 and 1960. Their sculler, Bill Hatfield, won the revived sculling event in 1959, while Michael Wignall of Sydney University was successful in 1960. 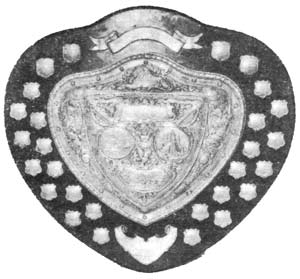 Close competition again marked the annual Cock-o'-the-Harbour competition between Sydney, Mosman and North Shore. The result was usually in doubt until the third regatta of the series and often until the last race. Sydney had the best of the series, winning outright in 1950, 1951, 1952, 1953, 1958 and 1959, and sharing the title with Mosman in 1957. Mosman scored outright wins in 1954, 1955 and 1956. In 1951, Mr. A. E. Angell presented to SRC a most attractive shield won by him in England in 1889. It was decided to use this trophy for annual competition in the series thereafter. The three competing clubs were joined by St. George in 1959, but the number of regattas in the series remained unaltered. Keen competition also marked the J.B. Sharp series during the decade.