The decade was one of great strength for the club, both on the river and in its internal affairs. In international competition, Australian crews also had considerable success. The NSW premiership was won three times by SRC and only once was the club out of the first three. The junior pennant was won twice and the club was second or third on six other occasions. The feat of winning both pennants in the same year was performed in 1954/55 and 1959/60.

Substantial improvements to the club's property were undertaken during the period. In July, 1952, a major extension of the ballroom in the club house was completed and further alterations were carried out in both 1953/54 and 1954/55. In the following year, the vestibule entrance was completed and the patio extended. The bar was completely re-modeled and brought into line with modern practice with regard to fittings and colour scheme. The laying of extensive concrete paving in the grounds was also undertaken.

The clubhouse early in the decade

New showers and toilets were completed in the boathouse in 1956/57 and, the following year, the hollow at the southern end of the property was filled in, leveled and grassed over, while installation of a rowing tank commenced. The latter involved the blasting of the rock face and the building with rock of the foundations, together with construction of access stairs and a path. The building of a retaining wall at the rear of the tank enabled the reclaiming of more lawn at the front of the clubhouse. Much clearing of lantana was carried out, while a public address system was installed. 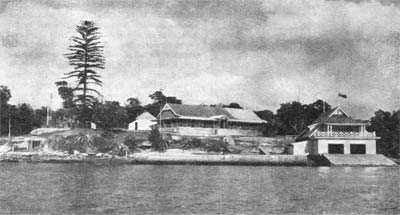 The property after the major renovations to the clubhouse

The pontoon and staging were overhauled in 1958/ 59 while work on reclaiming the foreshore of the club also commenced and was completed the following year. Rock excavation from the rear of the clubhouse both increased the parking area and provided spoil for the filling of the foreshores.

Substantial work was also carried out on the caretaker's cottage, while an office complete with furnishings for the use of club officers was provided. Many people were involved in this work, particularly Wally Callaghan and Albert Wood, both of whom served as property managers, while the firm of McLeod and Wales undertook much, of the construction work. In 1957/58, in addition, a firm of architects drew up a "master plan" for future expansion by the club.

The fleet grew considerably in the decade, increasing from 14 craft in 1950 to 22 ten years later. The racing eight, the Associates, was added in 1950/51, the bulk of the funds coming, in fact, from associate members of the club. An eight was also bought from Sydney Grammar that year but was sold two years later. The E.E. Keary was christened in 1954/55 and the F.T.D. Meares in 1957/58 (the Kerr being sold in the latter year). Two boats were bought off the Police Club in 1950/51, the N.R.M.A., a best and best four, and a convertible pair-oar/double scull, the Australia. The former craft was deemed to be too "soggy" for racing by 1958/59, but was converted to a five sculler and rechristened the George Towns. The Q.L. Deloitte III, a new best and best four, replaced it, joining its ten-year old namesake. 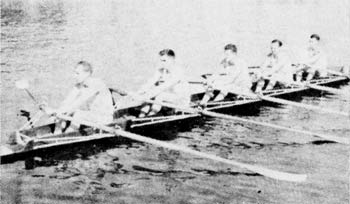 In the club's new five scull

A coxless racing four was added to the fleet in 1955/56 but, in the following year, it was destroyed by fire on the way back from the Melbourne Olympic Games. Also lost in the fire was the double scull which had been bought in 1951/52 and it was replaced by the W.F. Bradley. The old Police pair/ double scull was retired in 1957/58, but the Ernest W. Chapman was purchased in 1958/59 and the Jack Creaser in 1959/60, while the Goulding remained in fair condition.

At the end of the decade there were three racing eights, two best and best fours, six regulation fours, a double scull, three convertible pairs/double sculls, and a five scull. In addition, there were three pair oars, three gladstone skiffs and a handsome Sanders Bros.-built plywood speed boat, bought in 1958/59, with a 35 h.p. outboard motor. The practice of housing a number of privately-owned boats in the shed for members continued.

The surplus dropped soon after when a full-time administrator was appointed and, in 1959/60, it was ₤1,675. Far more important, however, were the profits being realised from "sundry entertainments", which were usually about 95 per cent poker machine receipts. These were a mere £500 in 1950/51, but, by the end of the decade, they were almost twenty times that amount.

The election of a further new president became necessary in the decade. Harry Kerr passed on late in 1954 after eight years in office. The choice of the vice-presidents for a successor fell on Fred Meares, a former captain, secretary and committee-man of the club, and a vice-president for some thirty years. 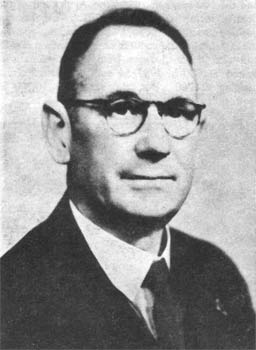 The number of vice-presidents increased from 13 to 20 during the decade, the additional members being Mick Cater, Tom Nickson, Dick Crebbin, Bill Bradley, Bert Goulding, George Parlby, Bill Dixon, Bill Foskett, Jack Goulding, Arthur Cashman, Howard Holden, Frank McLeod, Herb Turner and Ossie Rosevear. (The number of vice-presidents was actually down to eleven in 1957/58 but two were added to the list in 1958/59 and a further seven in 1959/60.)

The 1960 annual meeting agreed to a rule change allowing two of the vice-presidents to be designated "senior vice-president" and to serve on the general committee. (Previously, all vice-presidents had been free to attend committee meetings if they wished.)

A record for continuous patronage of the club was set by Lt.-General Sir John Northcott (who received his knighthood in 1950/51). Sir John was patron for eleven years, from 1946/47 to 1956/57, and was then succeeded as Governor of NSW - and as SRC patron - by Lt.-General Sir Eric Woodward.

Remarkable stability was shown in the club's office-bearers. The previous record for continuous captaincy - eight years by Deloitte - was well and truly shattered by George Parlby. First elected in 1945/46, he held the position for thirteen years until succeeded by Herb Turner, the former Police sculler, in 1958/59. In the following year, Parlby was re-elected to the position to bring his overall tally to fourteen years, thus exceeding the total of Bill Hanna. 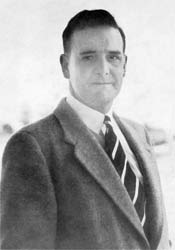 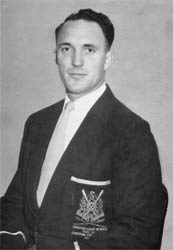 In 1951/52, Ernie Chapman, former Balmain captain, became vice-captain and he too went on to set a record of almost eight years continuous service. Much the same was true of other officers in the decade - Ken Graham served for six years as secretary; Ken Houghton retired in 1954/55 after thirteen years as assistant secretary; and Howard Holden completed ten years as treasurer in 1956/57, giving way to Jack Creaser who commenced a similar effort.

Bill Bradley continued to serve the club as Branch Manager - a position he had first taken on in 1941/42-until 1955/56. In the following year, a full-time "Administrator" was appointed to manage the club and, in particular, the bar. Alan Shedden filled the post until 1958/59 when he was succeeded by Harold Smith. Among long-term committee members were Bill Dixon, Joe Gould, Tom Chessell, Bill Andrews and Bill McMahon.

In 1952, the club's rules were amended to allow for a social secretary and a property manager, while a boat steward was appointed for a time in 1955 and a deputy vice captain in 1958. Arthur Chadwick continued to act as caretaker, with able assistance from his wife, Plassy, and, in 1954, he became a full-time employee of the club.

For the first time in the club's history, a "no confidence" action was taken against the committee. Late in 1952, a member was found taking a small amount of money from the cash register in the bar.

When called before the committee he agreed he had taken the money, but said it was unintentional and the only time it had happened, and he apologised for his action. The committee split as to whether he should be asked to resign. In a vote, it was decided he could retain his membership. The decision was followed by the resignation of the treasurer, the assistant treasurer, a member of the committee and the social secretary. Shortly thereafter, in January, 1953, a petition signed by fifteen members was presented requesting the convening of a special general meeting to express a vote of "no confidence" in the committee. Remaining members immediately resigned. A special general meeting was called and it was attended by 115 members. Without discussion of the matter leading to the situation, the meeting proceeded to elect a new committee. All previous office-bearers and four of the six former committee members were re-elected.