Sydney Rowing Club was top club in the colony as the new decade opened and it was to bring many further successes to the club. The Association's premiership was won continuously from 1903/04 to 1908/09 and, when a junior pennant was introduced in 1908/09, that was won too. Further construction at the Branch took place, while a new life came into the club's social activities. Some financial problems constituted the only dark cloud over the scene.

An early blow to the club and to rowing was the death of George Thornton. He died in November, 1901 at the age of 80, having been president of SRC and a highly-valued member since its foundation. A great "father figure", Thornton had been known for his humour, wisdom, pluck and charity, and had shown continuing generosity and keen interest in the affairs of the club. Coxswains had always been advised by him as follows: "steer straight through life, keep out of danger, fearlessly do your part, and grow up good men - oarsmen". Death was also to take Robert Clark in 1907 while, in 1909, Samuel Hordern, the club's generous vice-president, passed on. 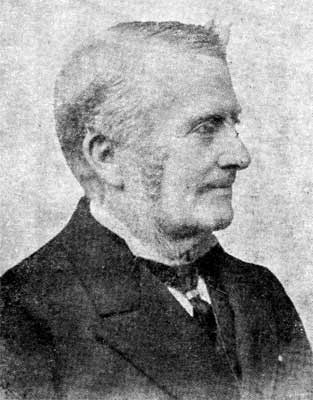 Improvements at the Branch gained immediate consideration. At the annual meeting in August, 1900, Deloitte advocated this course, adding that he hoped to live to see "a really handsome structure on the beautifully situated grounds".

A special meeting three months later decided to carry out extensive improvements by constructing a new building with six bedrooms, bathroom, etc., and a verandah. This was soon carried out, the cost of ₤500 being raised by the issue of debentures to members, while a further £85 was spent on furniture. Plans for construction of a dining hall and billiard room later on were also made. The popularity of the Branch now increased considerably and boats began to be kept there for the use of members.

In 1907, the condition of the boatshed at the Branch began to give concern but an appeal for funds for a new building drew a limited response. Finally, in April, 1910, a new boatshed, "a substantial structure, capable of housing a fair-sized fleet" of 68' by 16', was opened. The new boatshed cost £113, while a new staging and pontoon, sufficient to allow the boating of an eight, were donated by a keen member. The Woolloomooloo headquarters again appear to have been so well and amply constructed that improvements or renovations were not necessary. 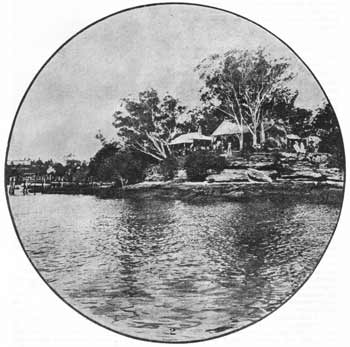 While the fleet was kept in good order during the decade, purchases of new craft were fairly rare. At the start of 1904, the fleet contained 24 boats. In addition, the club housed three fours and a pair for Sydney Grammar and eight private boats for members. A new practice eight was bought in 1905/06, called the W. J. Hanna, and a racing eight, built by Edwards of Melbourne, in 1907/08. A new four was bought in 1900/01 and "association" or regulation fours for maiden and junior oarsmen were ordered in 1905 and 1908. Other purchases were mainly "working fours or pairs" and gladstone skiffs.

At the end of 1909, the club's tally was 26 craft: three eights, two regulation fours and five others, four pairs, three gladstones, six skiffs, a best double scull, a best pair-oar and an outrigger. The 1908/09 annual report notes that "the substitution of swivel rowlocks for poppets was tried on our eight for the championship race and as the change was commended by experienced oarsmen other boats will be gradually altered".

New members were constantly encouraged. Active membership was down to 93 at the start of the decade, and the entrance fee continued to be suspended each year. Subscriptions exceeded £400 only once in the decade and they fell to a low of ₤311 in 1908/09.

Finance generally was of major concern throughout most of the ten years, although the additional cost of the new Branch building paid quick dividends in increased Branch returns. From ₤480 in 1899/1900, Branch receipts rose to ₤550 in 1900/01 and to ₤640 in both 1901/02 and 1902/03. A substantial sinking fund against the ₤425 issued in debentures was soon established. Thereafter, and despite the excellent work of Bert Harrison as providore, receipts at the Branch declined, falling as low as ₤300 in 1908/09. (Even the opening of the Abbotsford Electric Tram Service in April, 1905, failed to arrest the position.)

In April, 1906, the ₤1,950 mortgage fell due and the amount was called in. A new mortgage for £1,600 was negotiated to pay off the bulk of the old. Debenture holders agreed to the £270 in the debenture sinking fund being applied to paying off the remainder. Payments of ₤50 off the new principal were made in both June 1907 and June 1908. A year later, after authorisation by the members, the sale of some of the isolated blocks outside the boundaries of the training quarters of the Branch were made, and the mortgage reduced by the proceeds.

A proposal by Keith Corden, however, that the whole Branch be sold, with the exception of a portion for a boatshed, was not entertained at all. Sales of blocks also took place in 1909/10 and the mortgage stood at ₤1,400 at June, 1910. With little opportunity to build up reserves, assets stood at ₤4,484 at the same period, exceeding liabilities by ₤2,580. The Branch property was valued at £2,454, the Domain club house at £1000 and the boats and oars at £651. 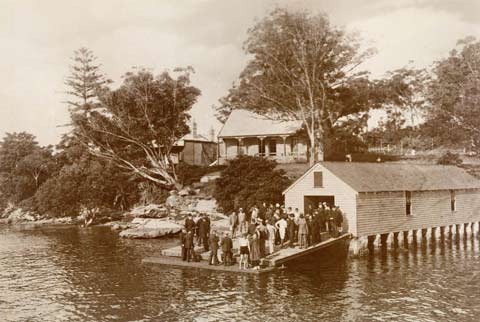 The club crest does not appear to have been adopted until about 1910. For at least a dozen years prior to then, however, a cipher (see illustration) was used. 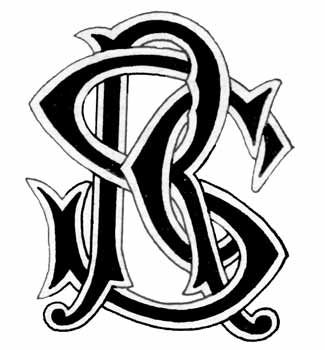 One man stood out as deserving of the presidency of the club after the death of Thornton. Q. L. Deloitte was elected to fill the vacancy. Deloitte, the club's first captain, had been "from the beginning until now, a tower of strength, generous, steadfast, and devoted in good days and in time of trouble". 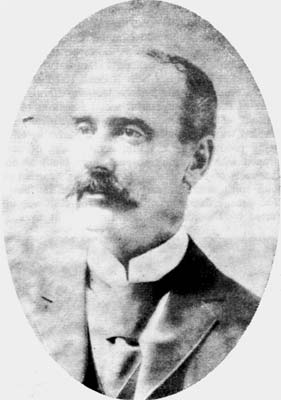 Captain of the club in 1900/01 was O. H. Baass and he was succeeded by William Hanna, the State Under-Secretary for Works, who held the office for no less than nine years, the term being broken only by a world tour in 1903. The position of vice-captain was held in turn by Charles Moesch, Mick Cater, Harold Smith, Bill Middleton and Keith Corden. Ramsay Sharp was treasurer from 1902/03 to 1906/07 when Harry Pike took over for a period. The position of assistant secretary was created in 1907/08, while the secretary's position itself was held by no less than eight people in the decade. Long-term committee men included Arthur Shadforth, Mick Cater, A. B. Tunmer, Charles Ebsworth, Percy Pratt, H. A. Smith and A. S. Wickham. Vice-regal patronage seems to have been lacking in the first two years of the decade but both Admiral Sir Harry Rawson and Lord Chelmsford extended the honour to the club in the remaining years.

It was an active social decade for the club. The moonlight concerts which had been so popular in the 'nineties were continued. At the 1905 concert, some 300 persons travelled by steamer to the Branch where the grounds were decorated once again with Chinese lanterns and there were light blue drapings everywhere. Seats had been placed on the lawn and a musical programme was presented from the verandah. At 10 p.m., the steamer headed back for Long Nose Point and Circular Quay.

The big news on the social front was, however, the holding of the club's first-ever ball on 11 August, 1904. It was held at Baumann's New Rooms, 162 Pitt Street and, according to the Sydney Morning Herald, was "one of the most successful social functions of the season". The ballroom itself was "artistically decorated with a profusion of flags, a charming effect being produced by a skilful arrangement of oars, draped with the club's colours (light blue) around the walls of the room". The dancing "carried on with spirit until the early hours of the morning". The premiership pennant won by the club was unfurled by Deloitte and Hanna during the evening.

A second ball was again "a brilliant success" and a third was held but, to Deloitte's disappointment, none took place in 1907. It was then promptly revived. (The programme for the 1908 ball may be of interest: there were six waltzes, six two-steps, two Lancers and a Schottische.) A club dinner was held in November, 1906 and it, too, became an annual fixture. Tickets were 5/- a head (although the caterer charged only 3/- a head) and for this the guests had to put up with the following: Consomme Royal; Fillet of Whiting; Lamb Cutlet and Peas or Sweetbreads a la Toulouse; Roast Turkey and Ham; Green Peas, French Beans, Baked and Boiled Potatoes; Trifles, Jellies, Apple Meringue; Cafe. Among other functions, boxing and club-swinging were on the entertainment fare at a club night at the Domain shed in 1901, while a special farewell was given to Deloitte when he left in May, 1905, for a twelve-month overseas tour.

Quarton Levitt Deloitte was born on 3 December 1843, one of a family of seven boys and six girls. His grandfather was Jean De Loitte, King Louis XVI's official treasurer in pre-revolution France, who took refuge in England during the reign of terror. De Loitte had three sons, one of whom was William Salmon Deloitte, who travelled as a sailor around the world many times. He came to Australia first in 1826, finally settling down in 1837. The Deloitte family lived at Long Nose Point and, in those pre-ferry days, the boys would row their father to town and then attend school. So it was not unnatural that they took a keen interest in aquatic sports. "Q.L." entered the service of the Colonial Sugar Refining Company in 1859 and served with them for 52 years, the last 33 as secretary of the company.

He won his first rowing contest at Pyrmont in the St. Patrick's Day regatta in March, 1859, the event being the sculling race for youths under 16. Many races, including a number with and against members of the Fitzhardinge family, were to follow. Among the most memorable was a champion sculling event for a 50 guinea cup in 1864, which he was obliged to win twice after a dispute arose over the first victory. His last race was the intercolonial event of November, 1870, when he stroked the winning SRC four. Deloitte married soon after. His wife, Emily, died in 1896, aged only 44, there being no children. He was a keen yachtsman as well, and was a member of the Naval Brigade for 24 years. The growing of orchids was another interest of his, while he delighted in walking tours, often with his old friend Judge Backhouse, and in travelling. In 1909, a committee of oarsmen raised funds for a perpetual challenge trophy in his honour. A 100 guinea silver cup, "The Deloitte", was given to the NSWRA for competition for the champion eights.

Races restricted to club members, apart from those at the annual regatta, assumed a greater importance than in previous years. Many of the club's future champions were first seen in these events, which usually carried trophies presented by older members. They were also, no doubt, very useful to the club's selectors, who were appointed each year. Events in 1901 included a champion sculls in club skiffs won by Mick Cater. Moesch and Sharp were successful in a pair-oar race in 1902 contested by eight crews. Keith Corden, in what may have been his first race, rowed with Moesch in a handicap pair in 1903 while, a few months later, a youngster named Rabett teamed with D. R. Harris to be runners-up in a similar event.