This was ushered in with the 90th Anniversary Dinner, again organised by Stan Jones, on 27th September 1976 at Drummoyne Rowing Club which was attended by over 150 members, old members and representatives from various other clubs and organisations.

In March the following year an old boys' eight was boated, the first time for some years and the Old Oarsmen's Union went from strength to strength.
1976/77 was the most successful season for fifteen years for the oarsmen and a very creditable start for the "leading ladies" with six girls, Kathy Richmond, Louise Fisher, Jane Piper, Kim Gentle, Pauline Bellemore and Karen Williamson being chosen as State Representatives for New Zealand and Karen with Fiona Renfrew chosen for the N.S.W. Women's Lightweioht Four. The girls won the Junior Pennant and were runners-up in the Senior Pennant in 1977, gaining both of these the following year. In 1977 the Len MacPherson Trophy for the oarswoman who gained the most points at N.S.W.Rowing Association regattas was instituted and in 1978 the Leichhardt Rowing Club Trophy for the Host Improved Oarswoman was awarded for the first time. 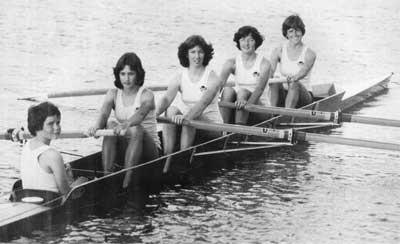 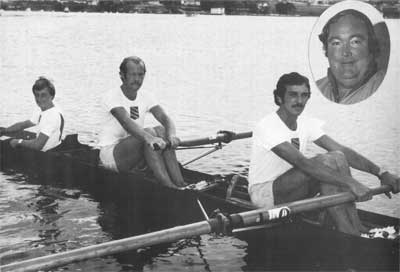 Though they were hampered by the lack of a coach, the girls were represented at regattas, accumulating wins into the eighties, three girls being chosen to row in Canada. The oarsmen achieved less, but the 1980/81 Annual Report notes the success of the club's Men's Veteran Four who competed at the inaugural Veteran Australian Championships and won the Category B (32-38 years) Division. "Their secret training technique of 'dip-and-drag' is definitely not recommended to younger oarsmen" the Annual Report read.

In 1980 voluntary work began on an extension to the clubhouse which was completed in 1983 under the supervision and manual help of Mr. Vic Williamson, allowing more space for storage of boats, with sliding; boat racks installed. Roller shutter doors were installed in lieu of the existing sliding doors on the shed and maintenance was needed on the pontoon and staging, due to age, neglect and vandalism.

Funds came from various sources - the distribution of telephone books; the enormous efforts of the Social/Finance Sub-Committee who ran street stalls, dinner dances, barbecues, catered at regattas and ran Balls; the Old Oarsmen who were a continuing source of support; and particularly the club's patron, Ted Curtain, who helped out financially when it was most needed.