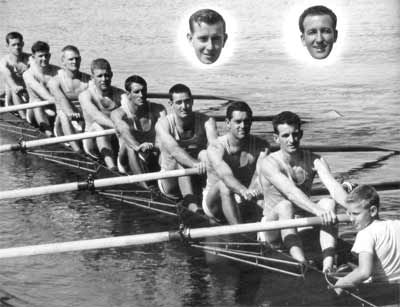 It was a real premiership year, the Club winning fifty of the Pennant Races which was 26 more than the next Club. In addition to winning the Premiership Pennant, the Club won the Senior Grade Pennant, the Coxless Pennant and the Maiden Grade Pennant. There were some individual results which emerged Peter Hall won 17 Pennant Races. Vic Sullivan won 16 Pennant Races including a "treble" on three separate occasions. Don Lewis (Club Captain) also won 16 Pennant Races. The Novice Grade coached by George Stamatiades and Ralph Jeffreys performed successfully and provided good oarsmen for the Maiden Eight.

It had been a golden era for the Clubs group of Senior Oarsmen, the main body of which commenced their novice rowing during the season 1964. They were a very talented and strong body of oarsmen who as well as serving the Club on the river provided outstanding administrators. An appended table to this history gives evidence of the representation which was gained by them in King's Cup Crews - an aggregate of 28 appearances was due acknowledgement of their success. In 1965 Peter Hall was selected W.A. Oarsman of the year and both in 1966 and 1967 Don Lewis received the award. This award includes service to the sport in Western Australia of which rowing success is included as a part. Senior Rowing has declined in the Club since that period, caused mainly by Junior Oarsmen reaching the age at which advancement in their occupation comes under pressure and the time available for competitive racing becomes very limited.