The Boys from the Rush Beds

The History of the Ballarat City Rowing Club 1870-2004 and Incorporating the Early Development of Lake Wendouree 1860-70, By Kathryn M Elliott

This story begins with a tragedy that occurred 54 years ago. The finest boatshed in the state of Victoria perhaps the southern hemisphere, burnt to the waterline and the memories and memorabilia collected over 80 years were destroyed in one flaming inferno. Of all the photographs, trophies, boats, oars and the records of the Ballarat City Rowing Club since its inception in 1870, nothing remained except a handful of coins and one or two charred miniature oars that had decorated the old trophies. It could have been the ultimate tragedy and signalled the end of one of Ballarat's earliest pioneering sporting clubs. The only thing to survive intact and perhaps even stronger was the club spirit.

The next step, in what was to prove a very interesting and arduous journey, didn't occur until 34 years later when the then captain of the club, Danny Elliott announced his intention to collect the history of the club and write it down before all the older members passed away and their memories were lost forever. From his start at the club in 1973 he had always taken great interest in the stories of the older members and many a working bee during Ballarat's long cold winters was spent listening to stories of how things used to be. He did manage to collect a number of Annual reports and old photographs and began searching through the old newspapers held on microfilm at the library in his lunchtimes. Over the next twenty years little bits and pieces were collected. Sadly we never did get to sit down and write the stories the older men told and so we have only our second-hand recollection to add to the story.

In 2001, 50 years after the fire and 131 years after the club began, I finally sat down to write the history of the Ballarat City Rowing Club. I foolishly assumed that we had done most of the research and had a reasonable start on the project. I couldn't have been more wrong! It became more and more obvious as the research into the early newspapers began. My research assistant extraordinaire, Maree Corbett, my Mum, undertook this awesome task, researching quietly in the library for hours. This task was impossible for me as I had a three-year-old son to look after. Besides actually finding time to take notes and then typing them onto the computer was difficult enough. Maree has done the most amazing job, cross-referencing, double checking dates, and wrestling with microfilm machines and temperamental printers. Without her assistance this history would still be just a dream. Her hard work over three years has made it a reality.

We started slowly with the research hoping to find names of early committee members of the club and work from there. We struck gold in the form of the Star newspaper and the wonderful gentlemen of the press in the late 1800's. Here in the newspapers, quoted almost verbatim, were reports on all the annual meetings, regattas and everything in between. We copied all the reports missing from our collection and now have a complete set from 1871-2003. Once we had done this I thought that the majority of the task had been completed. Wrong again! Some two and a half years later the end is almost in sight and the goal of publishing the history achieved.

It has been an amazing journey with many interesting little excursions off to the side along the way. There was the awful day when I thought the computer had lost over a year's work from 1870-1928 but thanks to my brother Andrew Wise it was found and back -up copies were made regularly after that. A very valuable lesson learnt!

I also spent quite a bit of time on the early days of rowing and the development of Lake Wendouree, which again proved to be fascinating. I hope I have provided the most complete chronology of the development of the Lake written to date and that it will be of interest to both researchers and lovers of the Lake. The latter part of the history is almost autobiographical in that it deals with my time at the club as a competitor, coach and secretary. I hope I have presented those years without too much of a personal bias. If I have omitted important information or made any errors, I apologise and am happy to correct these in any future edition. I have tried to be as accurate as possible with dates but with many of the anecdotes these are personal reminiscences and as such are subject to a uniquely personal perspective.

I consider the Lake as my second home and the Ballarat City Rowing Club my extended family. It has been a privelege to record the club's achievements for posterity. 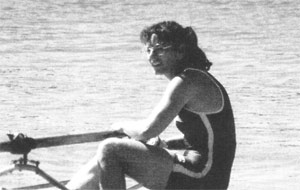