The gold rush in Victoria had drained many rowers to the gold fields leaving many regatta short of entries. Van Dieman's Land Governor Sir William Denison wrote of the 1851 Hobart Town Regatta: "The gold...at Port Phillip rather interfered with our great race, as with everything else: for the whalers found great difficulty in keeping their crews together."

Balmain Regatta. Rowing stated to be the sport of the people and in great favour.

Balmain Regatta. Joe Donnelly won "Boys under 14 Race" in 12-feet dingies. He became a champion rower and a boatbuilder.

Darling Harbour Regatta. Issac Howard won Outrigger Sculling Race. James Edwards (afterwards of Melbourne), who had just arrived from England competed. (He was badly fouled.) This was the first time outrigged boats had been seen and used, and they were much favoured. (Note - James Edwards stayed in Sydney for some time, and became coxswain of H.M. Customs boat.) John Deward, H. White, J Thomas Day, and Jim Candlish came from England. They were good rowers with sculls and oars, and laid the foundation of New South Wales rowing. Our old champions were very strong, but not clever, until they learned from the newcomers - John Blackman. James Edwards became the Clasper of Australia on the Yarra bank in Melbourne.

Amateurs advocated the same definition of an amateur as then used in England.

Dick Green beat James Candlish for £400 and the championship of Australia on the Parramatta from Shepherd's Point to the Brothers Rocks, same course as now used from Ryde Bridge to Searle's Monument. This was the first race over that course, the time being 23 minutes 35 seconds. Green used a boat built by J. Messenger (London), and Candlish one built by Morgan, of Melbourne.

Melbourne University Boat Club founded, being the oldest rowing club in still in existence in Australia. 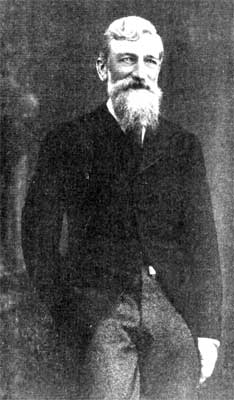