Petition and correspondence involved in obtaining the King's Cup

Back to Books and Publications

The King's Cup is the perpetual trophy for the Men's Interstate Eight Oared Championship of Australia.

The trophy was first won by the AIF No 1 eight oared crew at the 1919 Henley Peace Regatta, a regatta with designated races, including the King's Cup, for Allied serving soldiers. The story of that regatta is fascinating and can be found elsewhere on this site. Following the win, the Australian government demanded that the trophy be handed over to the Australian War Memorial Committee as a war relic and trophy of war. (The Australian War Memorial was only a concept at this stage.)

The second refusal was not acceptable to the rowers who won the trophy, they were hardened soldiers and not satisfied with this result. The administrators of the sport were also pleased. They had politely asked through the usual channels to have the trophy returned to them so that it could become the perpetual for the annual Men's Eight Championship but the Minister of Defence, the Prime Minister and finally the Governor General all rejected their requests.

This precipitated further action by the Victorian Rowing Association, and a petition to the King was prepared, then signed by Captain H C Disher, dated 30th October 1920, and sent to his Majesty with the request that he make known his wishes with regard to the disposal of the trophy. Whilst the petition is couched in polite terms, the message was clear, over 4,000 Australian rowers fought for you and the least you can do is provide us the trophy. Contrary to constitutional rules, the King overrode the advice of his Ministers and Australian representative and agreed to the rowers request.

To fill in some gaps for readers, Rowing Australia was not yet formed at this stage and the States were co-ordinated by Ted Kenny, the then Honorary Secretary of Rowing Victoria. All correspondence was undertaken in the name of the Victorian Rowing Association and the petition written by Ted. Ted Kenny went on to be Honorary Secretary and administrator of Rowing Australia from its inception until his death in 1956. 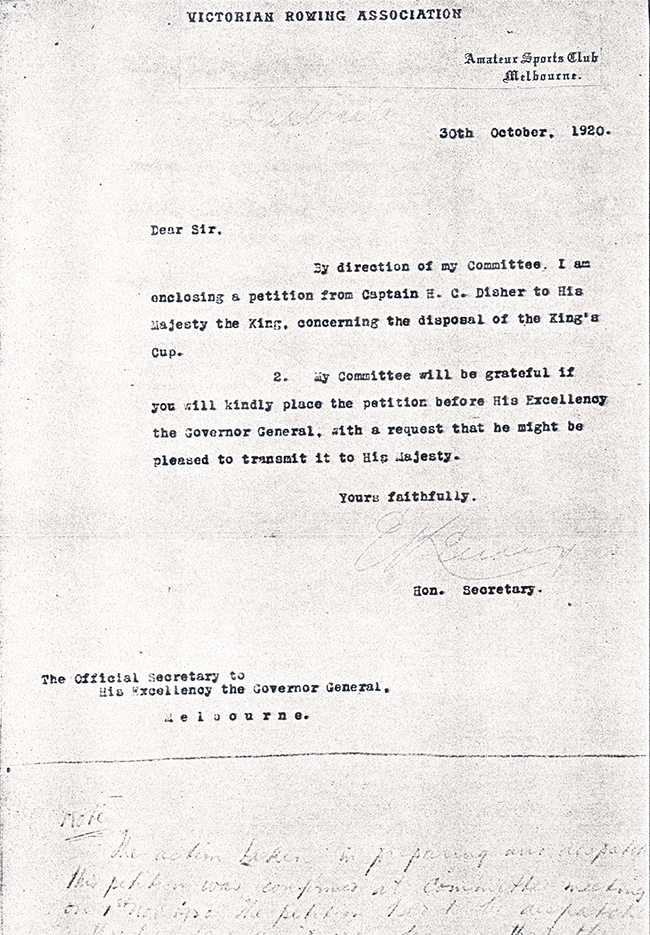 The notation at the foot of the page reads: Note: The action taken is preparing and dispatching this petition was confirmed at Committee meeting of 1st November 1920. The petition had to be dispatched without delay as it was learnt that the War Memorial Committee had written to the King seeking his concurrence in their action in placing the cup in their possession. Initialed EK.

A decision dated 13th May 1921 was made but not passed onto the Victorian Rowing Association until 14th July 1921. 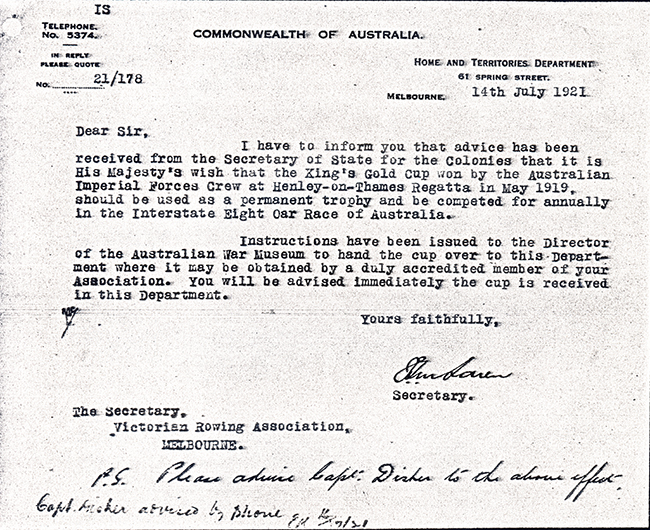 This was followed up with a further letter from the Commonwealth enclosing a copy of the decision of the King which is most interesting language. 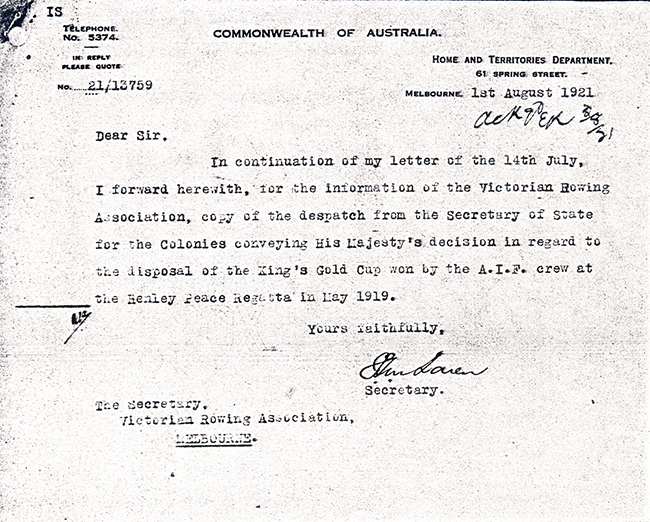 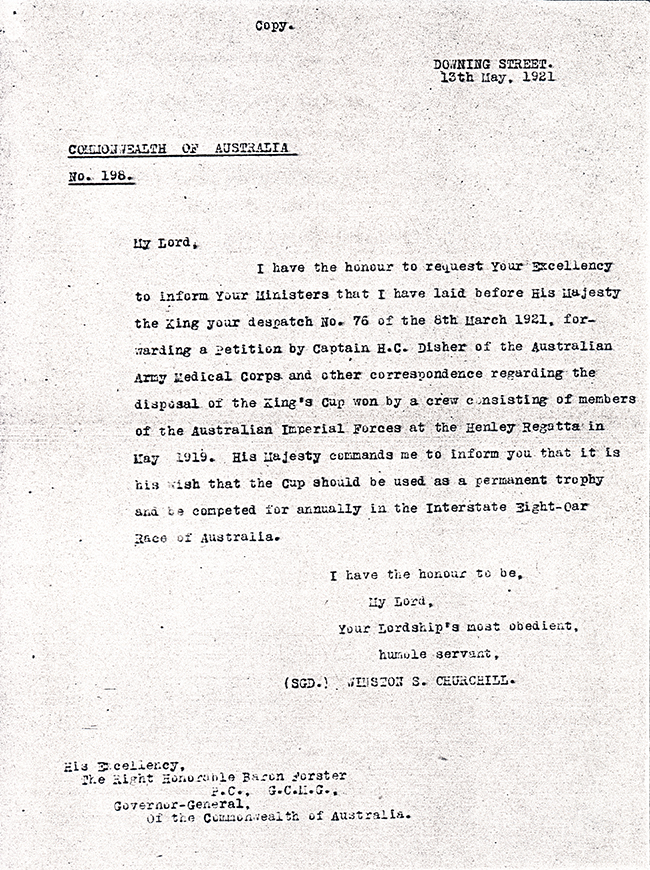 Back to Books and Publications