School rowing deserves further attention in this decade, as important developments - and some disagreements - were taking place. Shore quickly impressed in school rowing and beat the Riverview crews at the college's regattas of 1891 and 1892, Grammar not starting.

In 1893, the Great Public School authorities decided to stage a premiership event and set the date for 13 May, two weeks before the St. Ignatius' regatta. The latter school was, apparently, not very pleased and did not start in the race, in which Shore had an easy win over Grammar. Six months later, St. Ignatius' staged another regatta, with another schools' race, and this time Shore did not enter. Grammar beat Ignatius', and did so a year later, when the race was repeated, again with Shore absent.

The GPS conducted a further race, their first "official" event, in May, 1894, and Grammar beat Shore with St. Ignatius' still not disposed to compete. Soon afterwards, the GPS resolved to conduct an annual regatta and to continue the schools' race. They also accepted the offer of Major Zennas C. Rennie of a £20 cup to be attached to the race as a perpetual trophy. Major Rennie was the general manager for Australia of the Mutual Life Insurance Company of New York and was a Civil War veteran, having fought for the Union at Baton Rouge in 1862. A further challenge trophy, the "Yaralla Cup", was presented by Miss Eadith Walker for the maiden four event one of the three club races to be staged - at the GPS Regatta. 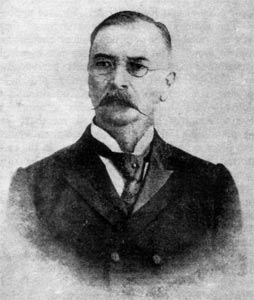 At this stage, there were nine members of the GPS - Grammar, Shore, King's, Scots, Newington, St. Ignatius', St. Joseph's, All Saints (Bathurst) and Coerwull Academy (Lithgow) - but only three had taken to the water. The regatta was held on 11 May, 1895, with Shore beating Grammar by 8 lengths in the main race. St. Ignatius' did not start in the race, which was umpired by Deloitte, who was to perform this duty with distinction for many years.

Shore repeated its win over Grammar in each of the next two years and it was not till 1898 that St. Ignatius' took its place in the field. In this year, the first in which outriggers were used instead of string-test fours, Shore again beat Grammar with Ignatius', using a 20-year old boat, a long way back.

In 1899, in a new boat, Ignatius' turned the tables and won for the first time. The distance of the races was 1 mile and 500 yards and they were rowed on the Parramatta River. In 1895, the GPS affiliated with the NSWRA as one club, although it was agreed that any school retained the right to become a separate member of the Association.

A number of additional Rowing Association activities during the decade are of interest. Rule changes were the main problem before the Association. While a new set of rules was adopted at the end of 1890, there were moves in 1892 for a change to admit manual labourers to the ranks of bona fide amateurs. A meeting of clubs was clearly opposed to the idea, Sydney being prominent in opposition. With several clubs outside the Association at this time, the problem of whether associated clubs should compete with them also led to vigorous discussion. At one stage, there were even suggestions, principally over this issue, that the Association disband and make a fresh start.

The Association's amateur definition was amended late in 1893 by addition of the words "one who has never knowingly competed with or against a professional rower, or other professional athlete, or with or against any person who has been engaged in manual labour, within one year of the date of entry". Strictly applied, this would have widened the existing gap, especially affecting the "mixed" clubs and the country clubs.

Balmain Enterprise Rowing Club soon obtained an amendment allowing members of mixed clubs to row together provided none had competed for money. Early in 1895, it was also decided that the chairman, secretary and treasurer of the Association plus the captains, vice-captains, secretaries and treasurers of each club should form a "Council" to pass judgment on any future rule changes put forward. This, it was realised too late, would require a majority decision from a group of 35 eligible persons. Most times it was impossible to get a majority to even meet together, although this feat was achieved to reinstate the 1895 "professional" intercolonial eight.

The secretary of the Association from 1894, Charles Helsham, remained a keen supporter of admitting manual labourers to full rights and, in 1897, he attempted to summon the Council together to get their approval to the appropriate rule change.
The problems involved in doing so were so great, however, that attempts were soon being made to get the Council together so that it could disband itself to facilitate future changes. By the end of the decade, this had still not been achieved.

Concern regarding the definition of an amateur in NSW was not confined to the NSWRA. An 1893 conference of amateur athletic bodies agreed that disqualification of a person as an amateur by one body should be recognized by all others and that reinstatement should be made by the body offended against. A further conference of amateur bodies in 1899 had nothing but praise for the RA. In the course of agreeing upon an amateur definition, it was noted that rowing as a sport was "prosperous, free from harmful influences, untainted with the least suspicion of professionalism, and altogether strong and healthy".

There were further moves to send an Australian crew overseas. In 1893, the VRA sought support from NSW to send a crew to England the following year for the proposed Pan-Britannic Aquatic Festival, but the RA decided against it due to lack of funds. The idea of an Australian eight visiting England was revived by Victoria in 1897 but the proposal was considered immature by NSW and was not supported.

Through the enthusiasm of Charles Helsham, however, particulars were sought from England in the same year and advices of the strict amateur rule observed in England, ruling out the manual labourers of other States, and of some of the other requirements-for example, that a crew must represent a single club or Association and that the funds needed should be found by the sponsoring body and not by public subscription-were received. A warm welcome by the ARA of England was, nevertheless, promised. SA was keen to form an Australasian Rowing Association to select a crew but Victoria showed little interest. NSW considered but finally decided against taking the proposal any further.

A point score competition was introduced late in the decade. As already noted, a championship pennant for senior eights was introduced by the Association in 1891. In 1898, the VRA altered its system from this basis to a points system, with the premiership going to the club gaining most points. Differing values were assigned to maiden, junior, senior and championship races.

John Blackman immediately commenced advocacy of a similar scheme in NSW and the Association appointed a sub-committee to draw up an appropriate system. Its suggestion that points be given only for senior races was rejected and eventually, in mid-1899, agreement on a system was reached. All amateur public races held in the colony and under the sanction of the RA would count. Points would be as follows:

The second crew in each senior and championship race would get 1/4 of the winner's points. The system was made retrospective to January l, 1899, and the first premiership was won by Sydney with 246 points, from Glebe with 108 and Balmain 48. The previous emphasis on championships was replaced by a decision of the Association in December 1899 to present a certificate to each man winning a championship race.

A range of other Association matters should be noted. The RA's chairman since 1890, E. M. Dietrich, the staunchest of amateurs and "the open enemy of the semi-professional", died in 1896 and was succeeded by W. H. Palmer of University. For a very short period in 1891, the Association had a home and club rooms for its members, located at 177 Pitt Street, near King Street. Support from members was very poor, however, and the scheme was abandoned after only a few weeks.

In 1899, the Association became a contributing body of the NSW Amateur Sports Club, and committee meetings, henceforward, were held there. In 1899, two other important decisions were made: only outrigger boats would be used for four-oared races from the start of 1900 (thus marking the demise of the string-test), and, in future, boat race officials would be elected each year at the Association's annual meeting. 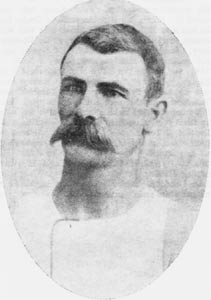 Considerable activity continued to be shown by the professional scullers. Peter Kemp held the world title once again after the death of Searle, but he lost it to Jack Maclean of Shoalhaven who was beaten, in 1891, by James Stanbury of the Hawkesbury. 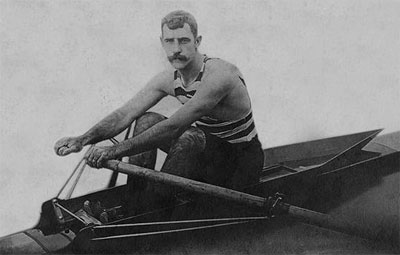 Stanbury won a rematch in the same year (26 professional matches took place in NSW in 1891) and, in 1892, a match with Sullivan of New Zealand. In 1892, also, a handicap sculling race was sponsored by the Parramatta Steamer and Transport Company, with a ₤150 first prize. The big event attracted much attention and it was won by Chris Nielsen, with an unknown Newcastle sculler, George Towns, gaining third place. 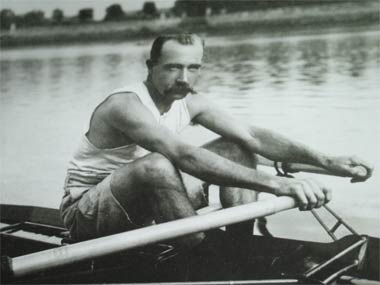 Interest in professional sculling in Australia then dropped right off and Stanbury was not called on to defend his title until 1896 when he visited England. After beating Harding, he was beaten by the Canadian, Jake Gaudaur. Professional sculling in Australia now revolved mainly around George Towns, who, in 1897, also went to England to try his luck. By 1899 he had taken the championship of England and looked set for bigger things.