Rowing activities in Australia continued. In 1820, a ship's boat race was held on the Derwent River in Van Diemen's Land and in April, 1827, a regatta was held in Sydney.

In January, 1832, four Sydney "gentlemen" are reported to have raced -and easily defeated-four seamen over an eight mile course. In the same year, a Mr. Thomas Oliver won a race for the "Amateur Single Sculls" which carried with it, nevertheless, a £ 20 prize. In 1833, a Sydney crew met and defeated a crew from Hobart Town in whalers in the first-ever intercolonial race. In November, 1835, a boat club was reportedly formed in Sydney for both rowing and sailing boats.

An important date comes soon after: on 26 January, 1837, a regatta was held "to commemorate the foundation of the settlement at Sydney". The regatta was so successful that it was decided to continue it annually, and this was done without a break for over 100 years. Thereafter, regattas and rowing came into more prominence.

Regattas were held in Hobart Town in 1838, in Melbourne in 1841 and in Maitland and Windsor in 1845. The first regatta on the Parramatta River was in 1849 and in the same year the Balmain Regatta was inaugurated. Improvements in boat designs and in rowing styles began to be seen, with great public interest being taken in the events. Outrigger racing was seen for the first time in Australia at a regatta on Darling Harbour in 1855.

The year 1859 stands out in the history of Australian rowing for a number of reasons. In March of that year, the "Australian Subscription Boat Club" was established in Sydney, on the eastern side of Woolloomooloo Bay.

Advertisements in the Sydney Morning Herald of the period announced that "Gentlemen can, by the payment of a moderate subscription quarterly in advance, obtain at any time Pleasure or Fishing Boats, Skiffs, Gigs, Eight-oared Cutters, Funnies, &c., &c.; also have the free use of the spacious Club Room, to which will be attached Coffee and Dressing Rooms". A prominent member of the club's Provisional Committee was George Thornton, Esq., M.P., who was to become a pillar of rowing in New South Wales.

A few days after this club announced its establishment, the St. Patrick's Day Regatta was held. A gentleman named Quarton Levitt Deloitte took part and was successful in winning his first race. Deloitte was also a keen competitor in the events of the short-lived Australian Subscription Boat Club.

The oldest of Australian rowing clubs still in existence was also founded in 1859. This was the Melbourne University Boat Club, the establishment of which was inspired by Professor M. H. Irving, a keen English rowing man who took up a chair at Melbourne University in 1855. 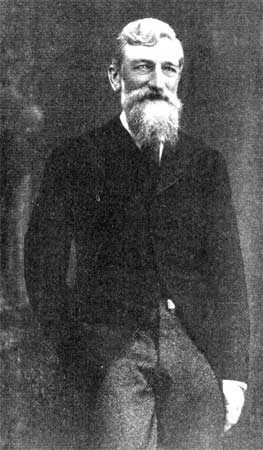 The Professor was president of the club for some thirty-one years and also stroked the crew that raced and won against a crew from Melbourne banks in September, 1859. He was also prominent in founding the Melbourne Regatta in 1860.

Rowing continued to gain popularity in New South Wales and amateur races were regularly held at the various regattas. (There were, by this time, three classes of rowers: professionals, manual labourers who rowed for money, and gentlemen amateurs who also rowed for money prizes.)

The name of Deloitte appeared prominently in events as did another name which was to recur for many years: Fitzhardinge. In 1863, an intercolonial four-oared race for amateurs was held on the Parramatta River and Fitzhardinges occupied the stroke, 3 and coxswain seats of the Sydney crew which defeated a crew from Victoria. Henry Freeman rowed 2 in the crew, with W. Mason in the bow seat.

Rowing in the latter colony was considerably more developed than in NSW. In 1869, for example, the Victorian rowing season opened with ten clubs and 200 oarsmen staging a procession of boats. Three boat builders-R. S. Fuller, James Edwards and W. T. Greenland-were already in business. The NSW rowing scene, by comparison, was clearly in need of stimulus.