Propulsion of a boat through water by means of oars is of age-old history.
Competition in this field must also be considered quite ancient: the first report of a boat race was that written, it is believed, by Virgil in the Aeneid in the first century B.C. Rowing as an athletic pastime is certainly, however, of British origin.

It arose from the trade of the watermen who provided a means of crossing the Thames when bridges were literally few and far between. Access to some areas was only to be had by using barge or boat.

In the sixteenth century, these watermen numbered many thousands. The men who plied this trade soon aroused arguments among their clients as to their relative ability and wagering developed between the gentry, among whom high stakes were quite common place. The craft themselves came, in fact, to be known as wager boats.

Royalty and gentry kept their own watermen and provided special livery for them of which many were very proud. It was fairly natural, then, that prizes for many of the races between watermen should be coats and badges. One such competition persists to this day: the famous Doggett's Coat and Badge, first rowed for among professional watermen about 1716. Many of the most famous of British scullers have taken part in this event.

Some two hundred years ago, young men of athletic inclination in England began to find pleasure in imitating the watermen. Rowing or aquatic clubs on the Thames came into existence at about the end of the eighteenth century. The trend was soon given general acceptance.

At Eton College, the list of captains of boats goes back to 1812. At Oxford University, races between colleges were taking place by about 1815 and the first of the long series of Oxford-Cambridge races was rowed in 1829. The oldest surviving British rowing club, Leander, is thought to have commenced in 1818, while the first of the Henley Royal Regattas took place in 1839. The professional sculling championship of the world was first rowed for officially in 1831.

The first recorded competitive rowing in Australia took place in the same time period. On 16 May, 1818, a race was held in Sydney between crews from three ships, the Batavia, the Guildford and the Minerva, and a crew formed by Captain John Piper. The race was for "a considerable sum" and was won by Captain Piper's crew. 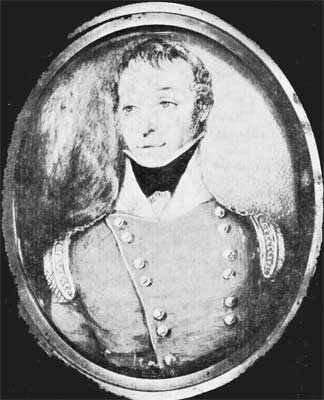 The crews rowed from Bradley's Head to Sydney Cove and the winning crew reportedly covered the 3 1/2 mile course in only 15 minutes. A year later, Captain Piper challenged a crew from the American brig the General Gates to a match.

The first "international" event in Australia was over an eight-mile course and Captain Piper's crew, himself at the helm, won easily. In November, 1820, the worthy Captain was at it again, this time with even more confidence. His gig, "pulling four oars", defeated a gig from the ship Regalia, "pulling five". His interest appears to have continued for in 1824 the Captain imported a boat-the Lady of the Lake, 43 feet long, with four oars-especially for racing.

The "founder" of rowing in Australia, John Piper, appears to have been a most interesting character. He arrived in the colony at the age of 19 with the New South Wales Corps in 1792, just four years after Captain Phillip's first settlement. He became a close friend of John Macarthur and, later, of Governor Macquarie.

His career had many highlights. In 1793, following what seems to have been an unfortunate affair of the heart, he requested a transfer to Norfolk Island. He returned to the colony in 1795 and gained promotion first to lieutenant and then to captain. In 1802, following the struggle between Governor King and the NSW Corps, he was courtmartialled.

After a further term in Norfolk Island, he resigned his commission to stay on in Sydney and was appointed, in 1813, naval officer and collector of duties. A percentage of all revenues received went to him as salary and this gave him an annual income of some £ 4000 a year.

He married in 1816, having had four sons by his wife-to-be before the marriage, and he had nine other children thereafter. At one time he was the owner of Vaucluse House and his lavish home at Eliza Point was completed in 1822 at a cost of ₤10,000.

The name of Eliza Point was then changed to Point Piper. Macquarie appointed him chairman of directors of the Bank of New South Wales, but he was forced to resign after an investigation of certain of its loans. The mismanagement of his functions as collector of duties led also to his suspension, and he attempted suicide. Unsuccessful again, this lover of aquatic sports then retired to a property at Bathurst which, sad to relate, he also succeeded in mismanaging badly.