In September 2003, Head Coach Dryden returned home to the UK perhaps a little frustrated at the financial inability of the Club to implement his plans as quickly as both he and the Club would have liked. It was a big disappointment to both Club and coach alike that he was to leave and that his comprehensive plans for the future could not fully come to fruition.

In his two years with Mercantile Dryden made an enormous impact on the culture of Mercantile and the fortunes of all the athletes and his ability to bring out the best in his athletes ensured that many were destined for bigger and better things in their rowing careers ahead. 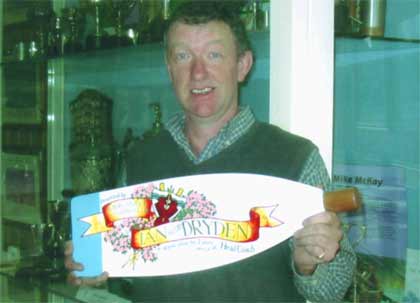 The departure of Ian Dryden

The administration was to become all too aware of the club's financial limitations and considered a number of initiatives to generate new income streams for the Club particularly outside its current traditional sources of membership, social functions and club rental. Such was to be the scene set for the next head coach as rectification of financial matters took a high priority

In the light of this, one of the most pressing tasks for the club administration was to restructure the subscription base to more closely reflect the incredible cost of running the club and in particular the demands on resources devoted to its competitive athletes. The subsequent increase in fees for competitive members was dramatic but even so the new senior competitive fee would still represent only about one fifth of the annual per head cost of boating an aspiring rower for a season. Changes to the membership structure also saw the abolition of the Associate membership class and a revision of the senior category to include all non active members other than Country or junior members

Assistant head coach Tom Courtney was promoted to the role of Head Coach and quickly set about bringing to the Men's programme the same vigour and goals that he had successfully implemented with the Women — now the equal of and in some case certainly better than any around the country.

After twenty years of active female membership, the Club obtained its very first Women's eight from Sykes which was appropriately named "David Colvin" in recognition of his four years of tireless and dedicated work as Captain. Colvin was also elected to Life Membership of the Club at the 124th AGM. A long term goal of fund raising at the annual Barrels Bash and at last a reality, made possible with the added financial support of Messrs Colgan, Guerin and Lawrence

On the water there was activity a plenty and a welcome resurgence in the Men's programmes with strong recruiting taking place, perhaps in the absence of key MUBC / VIS head coach Chris O'Brien, fortunately from Mercantile's perspective, distracted by his Olympic coaching commitments of our very own Tomkins & Ginn.

As a result Mercantile had a field day at the State Championships with strong victories in both Men's and Women's events. The Senior Women took out the Pair, Four and Eight events with Fleur Chew and Pauline Frasca , who would later become World Champions in the 2005 Australian Women's Eight, being in each of the winning crews while the Senior Men again claimed the Senior Eight title from MUBC aided by Olympians Ginn and Crawshay who combined with a mix of relatively young oarsmen for a terrific victory. Crawshay also took out the Senior Single Scull title. In London , Kris Coventry finally enjoyed success as Cambridge comfortably defeated Oxford after a massive clash of blades in the first mile of the Boat Race.

Tomkins & Ginn were again selected as the Australian coxless pair and went to the World Championships in Milan well aware they needed to perform. The results were identical to those of twelve months earlier save that the Australians and the British reversed places. Tomkins & Ginn showed the World their superiority, and such was the quality of their performance that the British pair subsequently announced their intentions not to compete in the coxless pairs the next year in Athens. Just like four years earlier Tomkins and Ginn were again World Champions and once more going on to the Olympics as favourites. This time injury was not going to deal them a cruel blow and the Australian selectors took the bold step of naming them as the crew for Athens some nine months before the games so they could focus on their pursuit of Gold without the distraction of either the domestic regatta season or more selection trials. They would not disappoint. 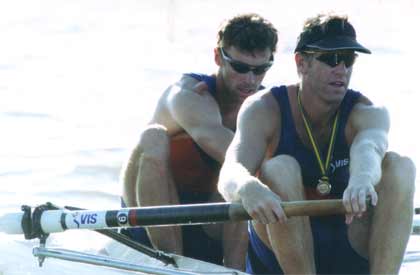 Sara Richards and Fleur Chew were part of the Australian Senior B coxless four coached by Tom Courtney to win silver in the World under 23 regatta and Alison Withers was in the fourth placed Lightweight Double Scull. In the Senior World Championships, David Crawshay finished sixth in the Men's Double Sculls.

The retirements of the President Guerin and Captain Colvin marked the administrative changing of the guard at the 124th AGM, Guerin after a five year term and Colvin after four years which saw enormous progress made in re-establishing Mercantile at the top of Rowing in Australia. 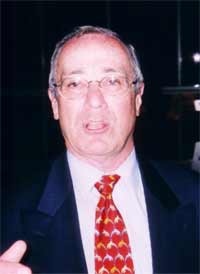 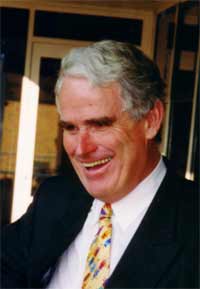 Philippe Batters whose infectious enthusiasm and tireless work has done so much for the club was elected to become Mercantile's tenth president. With just six presidents in the Club's first one hundred years the traditions of long serving presidents has given way to short sharp periods of great input and exceptional direction from the club's presidents and no less would be expected of the new incumbent