For the first time in the clubs history, the active women at Mercantile both outnumbered and out-performed the men on the water. Such has been the growth in the sport of women's rowing over the past twenty years. Sadly school leavers especially boys were no longer knocking down Mercantile's doors eager for entry and our recruiting was falling short of our competition.

Coupled with the success of our recent women's programmes, the usual retirements following the end of an Olympiad and the obviously much greater competition amongst the Victorian clubs for male athletes, the clear but hopefully temporary decline in men's rowing at Mercantile is an issue the club's administration felt needed special attention as they addressed the replacement of the Head Coach.

Thus after a long search for a new Head Coach that spanned the globe, Ian Dryden joined us in July 2001. Dryden hailed from the Cambridge University Boat Club bringing a disciplined and refreshing approach to coaching which was much needed and appreciated by all. He had been assistant Cambridge coach since 1994 as well as Boathouse manager and a UK National team coach and quickly set about building a competitive squad of athletes at Mercantile who could reclaim our rightful position as the Mecca of Rowing. 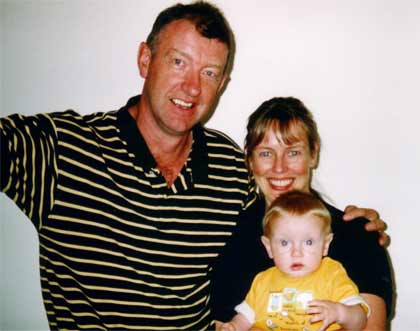 Much needed to be done and very quickly it became obvious of the need for another professional coach as well which would enable the splitting of roles into Men's and Women's coaches. From within the ranks of our current coaches, Tom Courtney was selected and thus within a period of just five years Mercantile went from not one but two full time employed coaches with all the trappings and associated expenses. Two coaches, two programs, two motor vehicles etc. Could the club cope with this huge outlay?

The answer was that the Club had to cope even if it could not afford the cost. Crews wishing to make it to the elite level could not compromise their preparation. Further work requirements had increased to a level where amateur coaches could not devote the same commitment as in many years earlier. A mix of amateur and professional coaches was now required. Fortunately, the Club received $24,000 in tax deductible donations to the equipment fund in the first year of its operation. Sean Colgan was instrumental is pushing long donations with a pledge of $5,000 if it could be matched by members. This target was not only reached but doubled.

To reward the committee's confidence in the appointment of Courtney the Mercantile women had a stellar season and secured the Victorian Women's premiership for the first time. Overall the rowing scene at Mercantile was again showing promise with eleven State Championship victories achieved at Ballarat.

The club finally ventured to Royal Henley with a crew — a long held dream in the lead up to the Clubs centenary in 1980 (a group of 13 supporters including a very sprightly 90 year old President Jim Sprigg did manage to get there even if a crew did not). The 2002 Henley sculling squad included Mathew Phillips, Kris Coventry, Alistair Taylor, Dale Hawkins, Henry Edgar and David Crawshay. The crews won through to the semi finals of the Diamond Sculls, the Silver Goblets and the Double Sculls. Dryden was coach. While on tour, Coventry would hear that he had been granted a Gates Scholarship to Cambridge University where he would study for his doctorate as well as aim to compete in the Blue Boat against Oxford University. 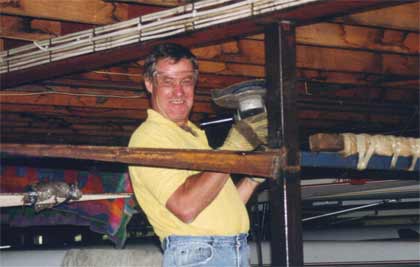 The administration was again led by Andrew Guerin as President, David Colvin as Captain, Bill Webster as Secretary and Jason Faranda as Treasurer. Phil Batters became a Vice-President and Warwick Hutchins won the Dr R A Cooper award for his fabrication work in building new boat racks. In good news for the Club, the return of James Tomkins and Drew Ginn to active rowing enabled them to win the Captains Trophy for most wins in the season.