Even though the Olympics were out of the way and the anticipated exodus of our former Olympians naturally occurred, the Clubs administration had worked hard over the past four years to seek a new base of young members who could return the club to the level of success enjoyed by the Club especially during the heady days of the 1980's.

The lost senior oarsmen and women were replaced by an exciting new group. Matt Long decided to back up again after the his Olympic bronze medal as Drew Ginn's replacement in the pair and along with Bill Tait, Rob Douglas and Travis Johnstone were in the Victorian eight which successfully defended the King's Cup.

Perhaps more importantly, Danni Ackland, Laura Blunden, Robyn Selby Smith, Anthea Pyers and coach Tom Courtney successfully defended the interstate eight for the Governor General's Trophy. Robyn would go on to be a double World Champion in 2005 in the four and eight with Bill Tait her coach. Tom Courtney was our coach of the year and would become our Head Coach. Emily Wilmoth and Rosie Bell were selected into the Victorian youth eight. 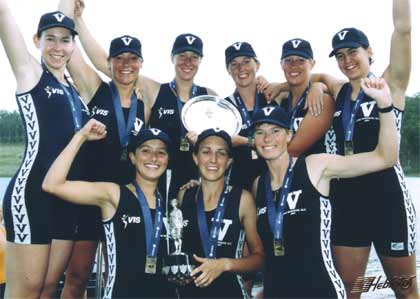 Noel Donaldson became the Australian head coach for male crews and split his time between his new role and his role at the VIS. Bill Tait, Robert Douglas and Matt Long were selected into the Australian men's eight, Travis Johnstone in the coxed four and David Crawshay in the quad scull. Lisa Farrelly represented Australia in the East Asian Games in the lightweight quad scull. 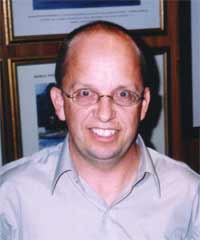 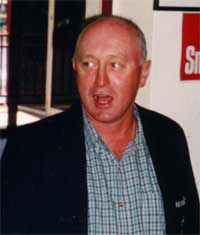 David Colvin was not so much elected captain, as was told by the President that this was to be his fate. David readily accepted "his fate" and with the support of his two vice captains Drew Ginn and Rob Douglas — son of '68 Olympian David Douglas, set about an ambitious program to strengthen the club both on an off the water. In an early edict the pressure was put on to participate, prepare and then perform. If athletes wanted the better boats they would have to work harder and give more than perhaps they had done in the past. Much to the chagrin of a number of club rowers, the two best pairs in the club (the JR Harvey and Peter "China" O'Brien) spent nearly six months unused on the racks, however a message had been sent.

Whilst David Colvin remained the executive head of the Club, he was asked to focus on the rowing side of the club. Bill Webster and Jason Faranda were asked to keep the administration running smoothly.

Head Coach Peter Somerville and his wife moved to England in December 2000 and he continued his coaching career. Within a few months of arrival in the UK he was named coach of the British U23 women's four. His departure added significant extra pressure on the new administration and the remaining coaching panel which included Andrew McNeil, Tom Courtney, Paul Somerville, Paul McGann, Anthony Bergelin, David Ochert, Matt Lovell and David Palfreyman. Anthony Bergelin was awarded the Dr R A Cooper trophy as Club member of the year for his recruiting and coaching endeavours.

One of the interesting new endeavours of the year, the brainchild of Peter Somerville and Alan Bennett his counterpart at Sydney Rowing Club, was the establishment of the Cayzer Cup, named in honour of the coaching legend at both Sydney and Mercantile Rowing Clubs, Phil Cayzer. The regatta is held in big boats (quad sculls and eights for both men & women) over a variety of distances between Sydney and Mercantile annually in winter between the development ranks with the aim of providing a focus for winter training. 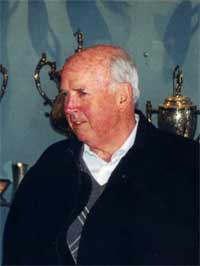 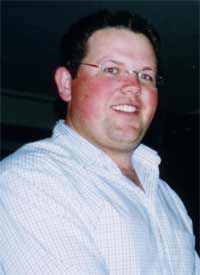 Coach of the year Tom Courtney

After a slow start when Mercantile could only boat a women's eight, the challenge has become a great success and continues to be well considered by the rowers from both clubs. A measure of the regatta's success has been the number of other clubs, from both Sydney and Melbourne, who wanted to get in on the act.

Season 2000 / 2001 was to be one of the hardest in a long time and exhausting for Captain David Colvin. At seasons end, David summed up his report as follows: This year has seen a turnaround of sorts, if in no other aspect as the enthusiasm and energy in the Club. As I have said to many people, we have plenty of "quantity" in the Club. The task is to improve the "quality". Let's get on with it.

Four new boats were added to the fleet. An Eight "Noel Donaldson" was acquired specifically for the Veterans group, a men's coxless pair "Matthew Long", a women's coxless four "McKay — manu forti" and the club's very first single scull for general club use was obtained.

In a change to meet the evolving technological age the clubs rules were altered to allow the communication with members by email meaning that all reports and notices and the "Mercantilian" could be issued to members with considerable savings on printing and mailing costs.

Also the club obtained tax deductible donation status for its equipment fund which enhanced our ability to raise funds and obtain boats and oars.