The consolidation continued in 1993/1994. Under new President David "Crockett" Boykett and Captain Peter Murphy the Club looked to a new era of success. One of the first moves made by the new Committee was to commit the Club to the major refurbishment that was needed. The works were well commenced through this season, and would present members, upon completion with a clubhouse of the first order. Gone would be the old funereal look of the dark glass and concrete block front, replaced with a reinstated balcony and a more traditional weatherboard finish. 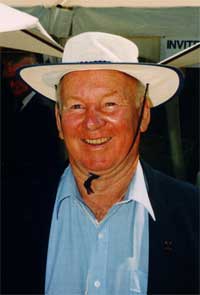 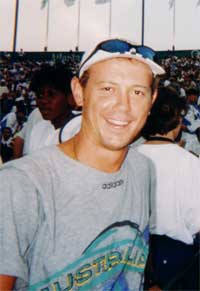 In a reflection of the "professionalism" entering the sport, the Club also committed to the appointment of a paid club manager to improve the structure of the administration. It was fast becoming apparent that the demands of running an elite level boat club were becoming impossible to meet with a purely voluntary commitment.

With a new administration came a new focus. On the social front was the introduction of the quarterly President's lunch. Up to sixty active and not so active members were in attendance at these lunches which provided an opportunity to welcome back some members who were not seen regularly at the club. This luncheon idea has stood the test of time and continues today with many of the same regular attendees.

The security of tenure the new lease had given the club also enabled the Club to resign Brighton Grammar School, an important source of income (and athletes) for the club.

The change in administration is also accompanied by a continuing change in the focus of the Club that commenced with the appointment of Reinhold Batschi as Head Coach of Australian Rowing some ten years earlier. More and more the emphasis was on elite development and participation, rather than rowing for enjoyment. It had been, and would continue to be, a challenge for all club's, but Mercantile in particular, to stay true to its roots as a club for all levels of competition, but also compete with the growing influence of State based institutes at the elite level. For the club to remain competitive on the national and international stage, it was a continual battle to find the right balance between elite and non-elite programmes.

In his report to the members, captain Peter Murphy highlighted the need for the club to become more professional in its administration, focus on financial stability, grow the membership, and provide a development programme to help ensure the Club maintained its strong hold on Australian Rowing. With the announcement that Sydney had won the right to host the 2000 Olympic Games, along with the admission of lightweight rowing into the 1996 Atlanta Olympic Games, retaining elite oarsmen and women would be made a little easier.

Victoria again continued its domination of the Kings Cup at Lake Barrington. Club members Peter Murphy, Jason Kovacic, Ben Dodwell and David Colvin were joined by the oarsome foursome returning to competition and coached by Noel Donaldson and Steve Spurling again provided the all but one seat in a crew that won reasonably comfortably from New South Wales.

Following strong performances at the National Championships and Selection regattas, several members were again selected in the national team. Ben Dodwell, Peter Murphy and Steve Spurling (coach) were selected in the Men's eight, Brett Hayman as cox of the coxed four, Simon Morrison, Andrew McCubbery, Bill Webster (cox) and John Cumper (coach) the Men's lightweight eight, Derek Mollison in the coxless pair and Georgina Douglas in the Women's eight. And, in what would be a sign of things to come, Drew Ginn teamed with Noel Donaldson (coach) in the Men's Under 23 eight for the Trans Tasman series. 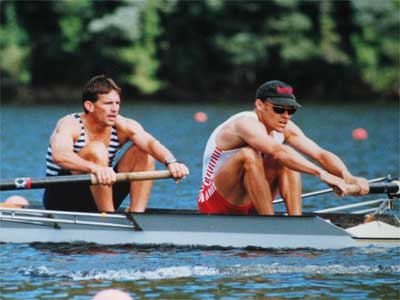 As far as Australia's international performance at the international regattas in 1994, it can only be said that they were disappointing. A large team was assembled, but the eventual result of three bronze medals, none to Mercantilian's was a sobering result midway between Olympiads.

While not nominating for national selection, James Tomkins, Mike McKay (who had been selected in the 1993 team but had to withdraw), and Andrew Cooper had made a successful return to domestic competition, culminating in a win in the coxless four at the National Championships.

At the domestic regattas, prizemoney was again a feature with almost $3,000 being won from wins at the Upper Yarra, Nagambie, Henley and Great Can regattas. A reasonably successful year culminated in winning both the Senior Men and Lightweight Men State Premierships.

In line with the Club's desire to maintain its position at the top of the elite programme, this season also saw the purchase of new equipment for these programmes. A new men's heavyweight coxed four, named the "Trader Al" after a longstanding generous benefactor, Sean Colgan, a coxless four, the Susan Lee for the women's squad and four new heavyweight pairs were added to an already impressive fleet.

The balance of the clubs fleet was also reflecting the national programme of competition in small boats. At this time only three eights were owned by the club.

The 1993/1994 season also saw the further internationalisation of the Mercantile programme. Following in the footsteps of Martin Aitken and Brian Richardson, Paul McGann announced that he would be taking up the position of Head Rowing Coach at the University of London. Martin Aitken has in turn taken up the role of Head Coach of Swiss Rowing.

The Club's finances continued to be stretched. Commitments to new equipment and the costs of the clubhouse refurbishment were stretching an already tight budget, despite a surplus for the year of $39,544, mainly due to a large increase in donations.

Much of the work done behind the scenes in building the club's base was beginning to provide benefits not only to Mercantile but also to Australian Rowing.