Following their season off Tomkins, Patten and McKay returned to the Senior Squad at the end of 89. This season would culminate with selection of the team for the 1990 World Championships to be held at Lake Barrington Tasmania. Being the first time Australia had ever hosted a World Rowing Championships the Australian Rowing Council was determined to send a full team and put on a good showing.

Following the disappointment of Seoul, they believed they stood a much better chance of success in a smaller boat. Under the coaching of Donaldson and McGann they were joined in a four by Warwick Hooper. The crew performed well through the season and won the National Championship in the coxed four and with Geoff Barden replacing Warwick Hooper also won the coxless four in what was to be a preview of the World Championship.

Following the National Championships Nick Green of MUBC replaced Warwick Hooper and the crew was selected as the 'first preference' four for the World Championships. They were to travel to Europe and compete as both coxed four with David Colvin and coxless four before a decision would be made about which event they would contest at Lake Barrington.

After success at Lucerne Regatta in the coxless four it was resolved that the crew would contest the coxless event in November and David Colvin joined fellow Mercantile members Tony Johnson and Peter Murphy in the coxed four.

The rest is history with the Oarsome Foursome formed in preparation for the 1990 World Championships.

The 1990 World Championships at Lake Barrington were the focus of the season. The following members were selected to represent Australia: 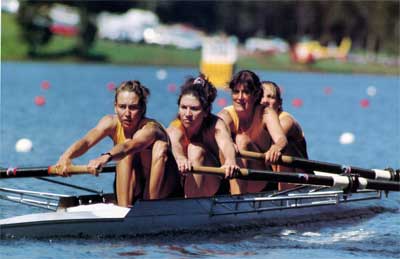 The 1989-90 season saw the club win 48 races, by coincidence the same number as in the previous season.

This season was the first in a long while where recruiting had become difficult. An aggressive campaign by Banks and the beginning of a decline in the number of school leavers continuing their rowing meant the Club did not win the State Youth Eight title for the first time in six years.

The lack of success at the junior end of the club was a cause for concern and saw the Committee institute a full review of its direction to ensure improvement in the forthcoming seasons.

On the women's front, the Club boated crfews in all categories for the first time. 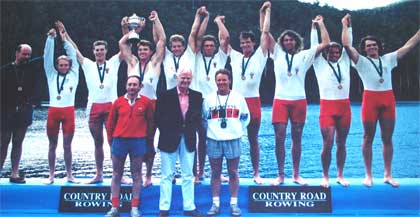 This year also saw the commencement of renovations. Frustrated by the city council, the relocation of the men's changing room and gymnasium was brought forward while the more expensive plans for the bar area and entrance were delayed. Hall hire contributed significantly to revenue this season and that money was used to assist with the renovation. The increase in hall hire was to be a taste of the future for the Club.

Limited financial resources were also a concern. Whilst hall hire would supplement income, subscriptions represented nearly 50% of the club;s income. Interestingly, this amount represented the cost of a new eight. 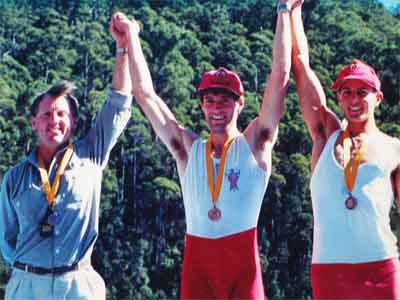 The Captain's trophy was again won by James Tomkins and Sam Patten, the Bailey Trophy for coxwains was won by David Colvin and the R A Cooper Memorial Trophy won by the Captain Jeff Lawrence. This was an unusual situation but shows the unusual amount of effort put into the Club by Jeff Lawrence.