The great successes of the previous four years were to mature into something significant that we all could not anticipate, namely the Oarsome Foursome. This crew was to not only win dual Olympic Championships, but its members would win many more medals. They were to become world leaders in the sport. The crew was to give Australian rowing focus and provide a big publicity boost to the sport. More importantly to the Australian Rowing Council, their success and the success of other Australian crews, was to provide much needed funding for the elite end of the sport from the Australian Sports Commission. It was to be great foundation for the sport. 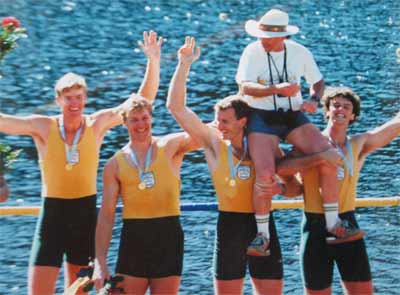 Following the success of 1986, Australia was awarded the 1990 World Championships in Lake Barrington in Tasmania. This venue was to provide the setting for the Oarsome Foursome's first gold medal.

Locally, after many years of planning and negotiation the new championship course at Carrum was opened and ready for business in the 1988/89 season. Victoria had waited many years for a championship standard course to replace Lake Wendouree. Whilst the course itself was ready for racing, due to financial constraints there was little infrastructure or facilities for competitors and spectators. Like nearly all rowing courses adverse weather can have a huge effect, the first regatta to conducted at the new course had to be abandoned mid-afternoon when strong winds made the course unrowable. Melbourne's bid for the 1996 Olympic Games and the hosting of the 1992 National Championships enabled more funds to be secured for the building of a finish tower, boatshed and administration building. The course was never a favourite for rowers and would later suffer from neglect.

Mercantile was to suffer from some personnel attrition from those who were key players in the previous Olympiad. Martin Aitken was to take up a coaching position in the UK and Brian Richardson was to focus on sculling. Noel Donaldson reliquished his responsibilities as Chairman of Selectors to focus on coaching. Martin O'Halloran handed over to Jeff Lawrence as Captain. Phil Ainsworth reliquished the reins of Secretary and during this period, Bill Webster was to take up these responsibilities. Bill was to go onto to being our longest ever serving Secretary. Andrew Guerin took up national team management responsibilties and the Victorian Rowing Association delegate on the Australian Rowing Council.

Constant however was Jeff Lawrence as Captain, Richard Wraith either as his deputy or as a selector and Bob Aitken as President. 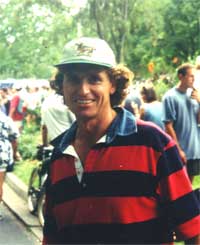 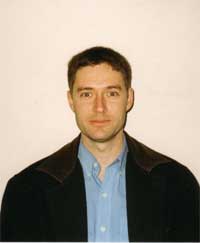 Hubert Frederico remained as President of the Victorian Rowing Association and David Pincus began a long career as a rowing administrator with the State body.

A group of members known as the 2XS crew greatly added to the social life of the club. Led by Bill Canty, they would convene at 10:00am every Sunday morning for an enthusiastic row in the "John Burford" before retiring to the bar for refreshment. Under the occasional coaching of Sue Lee the highlight of their rowing was the annual Dimboola Regatta in November. Between 1998 and 1992 their participation at Dimboola became legendary and greatly anticipated by the locals. The black tie spit roast dinner in the marquee by the Wimmera River featured poetry and fine wine and feats of daring.

On a sad note, Jim Sprigg died in December 1988. Jim was a member with a unique enthusiasm and personality who made himself almost part of the Club. Jim joined the Club in 1914, rowing in maiden eights for his first two seasons before leaving for the Great War. On his return from the war he represented the Club in almost every category of rowing and every class of boat. Jim was Captain in 1927/28 and again in 1930. He was elected as a Vice President in 1938 and President in 1955, an office which he filled with great distinction until he stepped down in 1983. He was then nominated as the first (and to this date only) Patron of the Club. 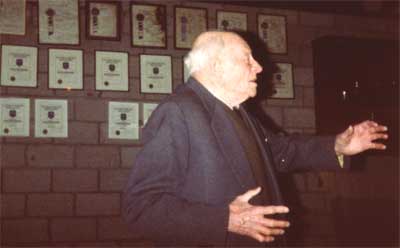 Jim Sprigg the orator in full flight in 1988

Jim was always interested in crews competing for Mercantile, particularly junior crews. Jim had a great enthusiasm for the Club and was famous for punctuating Club functions with his dramatic and sometimes fanciful oration. His guiding philosophy was to ensure, as best he could, that new members coming to the Club enjoyed their rowing and their association with the Club and became part of it. He was a valued friend to all Mercantilians whatever their age.