The late 1960's were the last but best years of an era of sustained domination of Victorian and Australian rowing by Mercantile Rowing Club. 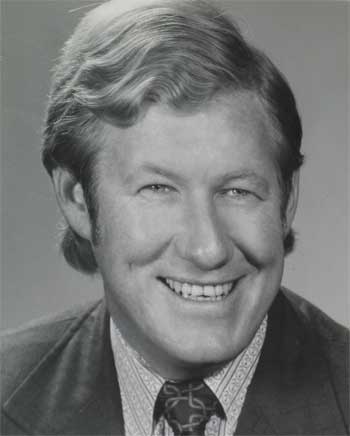 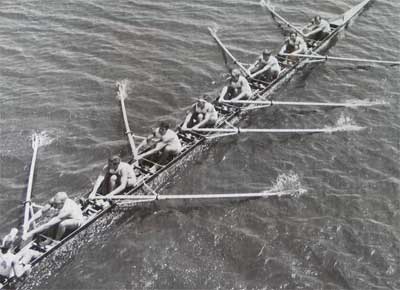 The period saw a flowering of Mercantile in every way; a tough but fair competitive approach; a membership with a balance of age, experience and geniality; racing success; an innovative approach to equipment, training method and technique; a leading contribution to Interstate and International rowing efforts. Some observers would say that this period also saw the club develop a degree of self satisfaction and introversion. Perhaps we cannot properly reflect on this suggestion until the history of the period is a little older.

Mercantile was prudent but innovative in its approach to the fleet in the late 60's. A Donoratico VIII, the "Simon Newcomb", was brought back for the senior eight from the World Championships at Lake Bled, Yugoslavia, in late 1966. It was still only the second deep-hull vacuum moulded shell in Victoria - the first having been the "David Boykett", brought back to the club after the Tokyo Olympics in 1964. The introduction of these craft to the Australian rowing scene certainly influenced boat design and construction throughout Australia over the next few years.

The club scored yet another equipment "first" when it brought the German Karlish VIII used by the Mercantile-based Australian VIII in the World Championships at St. Catherines in 1970. The Karlish VIII, the "R. R. Aitken" was purchased as a result of considerable effort and enterprise on the part of David Boykett. When David was selected as coach of the Australian crew, he immediately made arrangements to fly to Germany personally for three days to persuade the Karlish factory to build a boat to his specifications in time to be picked up by the Australians in Canada for use in the championships.

The club's fleet at this time continued to be towed to regattas by member's private cars and by Bob Fraser under the guidance of Jack Coghlan. As usual, repair work was undertaken by a too-small but willing band of members, assisted on large jobs by Jeff Sykes of Geelong.

The first hints of what was later to become a damaging decline in the numbers of young oarsmen entering and staying with Mercantile became apparent in this period. In 1967 the club's membership stood at 348 - some 100 men stronger than 30 years earlier in 1936. Of these 348, about 45% were senior and 35% junior. Aggregate membership rose gradually to a then record high of 369 in 1969, with 116 junior oarsmen. Just the next year, the junior membership plummeted to 69, a drop of 47, while senior members remained much as before. The club's annual report for 1968-69 lamented the far lower than usual recruiting during the year, promising redoubled effort. Certainly the failure could not have been attributable to want of racing success. It was perhaps partly the result of a change in preference of school leavers away from achievement in a sport requiring toughness and endurance, without monetary reward, towards a more live-for-now attitude.

Only one life membership was awarded between 1966 and 1970, to Bob Aitken in 1967. No such award can have been more deserved, as Bob, having had a highly successful rowing and coaching career, had gone on to support, encourage and represent the club with great enthusiasm and distinction. He has continued to do so, and the club hopes for many years of close and happy association with him.

However successful Mercantile was on the river in those years, the club's finances were never better than modest, income just equalling expenditure on fixed costs and a small quantity of equipment. Had it not been for substantial, regular and characteristically anonymous donations from a small group of supporters, including the Ladies Auxiliary, and donations of equipment, the club's situation would have been quite difficult. Income from subscriptions rose only gently between 1967 and 1970 by about 10%, while costs accelerated by closer to 25%. Disturbingly, donations represented about 30% of total income in each year, and subscriptions written off averaged about 15% of that income. Despite some misgivings, it was decided not to increase subscriptions in 1970 in view of the imminent appeal for the rebuilding campaign. Mercantilians could well look with envy to their better - financially - endowed colleagues of the Sydney clubs.

The redoubtable J. G. Sprigg continued in office as president of the club, seeming to gather in energy, enthusiasm and oratorical power as the club's fortunes prospered, contemptuous of what in other men were known as advancing years. His presence on the Yarra bank, barking encouragement from behind an old megaphone at exhausted crews gathering for the surge from Swan Street to the finish, was a centre-point of every Melbourne regatta. His "communion with the faithful" in speeches at annual meetings and dinners evoked, on each occasion, the true depth of spirit and comradeship of the membership, and the conviction that he would not last another year the same, which, naturally, he always did.

Club and combination racing was continued with enthusiasm: By far the most hotly contested race was the Sprigg time trial for Eights. Not without cause was R. (Dick) Garrard known as the most slippery time-trialer in the game - during the period he competed four times in the Sprigg Eights for three victories and one second.

The Harlequin four oared time trial, which had attracted big entries for 20 years or more, was rowed for the last time in 1968-69, as the Harlequin Rugby Club which donated the trophies no longer needed to use the club for training purposes.

Graeme and Ron Richardson provided trophies for a similar event for some years after that, but withdrew their support because entries fell away considerably.

The club was fortunate in having the services of many able coaches. The accomplishments of two of them - Hubert Frederico and David Boykett - were enormous.

Freddy developed crews with style, economy and great boat run. He was and is widely regarded as one of the most acute judges of crew movement and efficiency in the country. David, on the other hand, emphasised physical endurance and motivation. Both approaches proved highly rewarding. Others who made substantial contributions in coaching included John Burford, Ken McConville, John Thomas, Martin Tomanovits, Peter Watkin and Norman Cairnes.