By the time our international representatives had returned from overseas in the Spring of 1966 the new season was well underway. Mercantile was a hive of activity. In addition to crews from Brighton Grammar School, Mercantile was host to the newly formed Monash University Boat Club, with Mercantilian Lloyd Williams as its coach. Crews from St. Kevin's College and Caulfield Grammar School were also to boat from the shed during the season. Membership had risen to 348, despite the fact that a large number of unfinancial members had been written off. 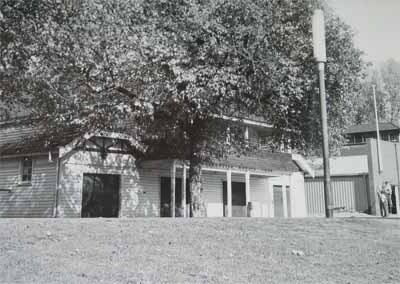 John Burford was in the first year as captain. With Roger Wilson, he was a product of the club's relationship with Brighton Grammar School. Both were of great and continuing service to the club as oarsmen and coaches. Roger was to become Australia's leading rowing journalist and radio and television commentator. John's enthusiasm and absolute dedication to the club made him an outstanding leader.

What a season it was! 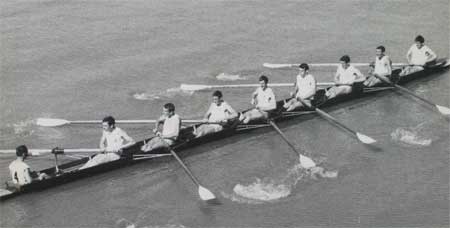 In Senior ranks the Bled coxless four dominated Senior Four events. As the four wished to continue as a separate entity, and with the retirement of David Boykett, it was necessary to recast the Senior Eight. Jim Bourke, David Douglas, John Burford and Vic Mulder whom Jack Fletcher had coached into an outstanding Junior Four in the previous season were available. Bob Lachal had returned from a year in the Antarctic. Added to these were Paul Renouf and Bled representatives Graeme Boykett, Mal McKenzie and Steve Gillon. With Martin Tomanovits moving into the stroke seat the club had a senior squad of great potential which was to provide the leadership in Australian rowing for the rest of the decade.

No less than six Mercantile members were selected in the King's Cup crew, as well as Tom Daffy as cox, Hubert Frederico as coach, and John Thomas as Manager. The crew raced disappointingly, and was well beaten.

Immediately upon return from Murray Bridge Hubert Frederico put four members of the King's Cup crew, Graeme Boykett, Stephen Gillon and David Douglas of Mercantile and John Harry of Melbourne University into a four coxed by Tom Daffy. The move was an immediate success. A young crew with an average age of only 20 years, overcame a limited training period and its relative inexperience to gain Australian selection at the trials at Penrith on May 27. The Bled coxless four also competed in these trials but was unsuccessful.

The coxed four then travelled to Canada to win the Senior Four at Canadian Henley, and to go on to a magnificent win from U.S.A. and Denmark in the final of the Coxed Four in the North American Championships. It became the first and is still the only Australian heavyweight crew to win a gold medal in open competition at a F.I.S.A. regatta. The crew was hosted in Canada by Chris Leach, who had returned to his home town of St. Catherines after the 1965 season, and by former Australian sculler Bob Pearce, then living in Toronto. 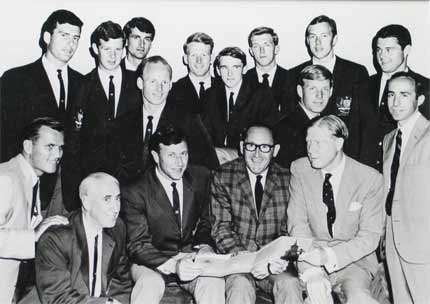 1966 Reception for Australian Crews in Philadelphia

The crew then travelled to Philadelphia for the United State Championship, where a crab on the line allowed New Zealand to nudge it out of first place. Then at Vichy, France, it was unsuccessful in the European Championships, feeling the effects of the long, hard grind of its world tour.