The club entered the fifties with all the basic requirements for success, a sound administration, a large, if somewhat out-dated fleet of boats, and a group of enormously enthusiastic members - and success certainly was achieved.

In senior eight oared events the long run of defeats (some members rowing 20 or more consecutive losses) was turned to a string of successes. Part of this may be attributed to the acquisition of a new racing eight. After the King's Cup in Melbourne in 1950, Western Australia left its new Towns eight in the club for use when that State next competed in the Eastern States. Knowing that Western Australia did not usually compete in Brisbane (the next venue) because of the time and cost of travel, certain perceptive members considered it appropriate to offer to purchase the Western Australian eight for £300 and to transfer to Western Australia the club's priority on Towns waiting list in return. This would guarantee a new boat to Western Australia for the King's Cup in Penrith in 1952 when they would next require it - an indication of the problem of obtaining new boats at that time. The offer was accepted. Thereafter the club's senior eight rowed in a boat as good as, and possibly better than its opponents, and this certainly contributed to successes to come.

The 1950-51 season saw Mercantile establish itself as a major force in senior rowing where it was, with one or two lapses, (as reference to the Senior Premiership Table in the annexures will show), to be in the forefront for the next 25 years. But this was but the beginning. Henley in November, 1951, gave the club the great satisfaction of winning the Grand Challenge Cup for the first time since 1938.

Later in the season Mercantile won the Champion Eight for the first time since 1935-36, and was rewarded by the selection of five members - Bill Wallace, Harry Duncan, Dave Olliff, Warwick Granowski and Bob Aitken - in the King's Cup crew. Bill Craig was emergency and Bill Bailey coxswain. This was the season in which Norman Cairnes, who had been coaching junior crews with much success in previous seasons, established himself as an outstanding senior coach. He was to coach the interstate crew for this and for three out of the next five years with conspicuous success. The club was indeed fortunate with its coaches over this period, not only because of their quality but also their ability to work together and produce a uniformity of approach within the club which to some extent spread to rowing throughout Victoria. Charlie Saleh laid this foundation; Norm Cairnes built on that foundation; Herb Shears, Jack Shears, Bob Aitken, "Beef" Calder and Keith Bilney followed. All had the advantage of rowing with one another over a period of years. 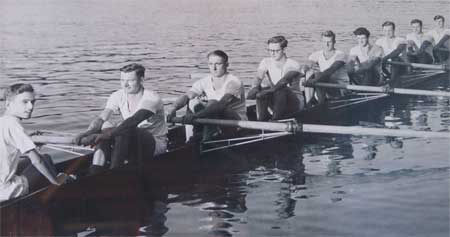 The King's Cup race in 1951 resulted in a convincing win for New South Wales on the Hamilton Reach in Brisbane. New South Wales was represented by substantially the same crew which had won in Melbourne in 1950 and had since then represented Australia both in the Empire Games and in the Canterbury Centennial Games in New Zealand. In the latter event it defeated the famed "California Golden Bears", whose prowess then was a by-word in rowing circles. Victoria finished a creditable second using a clinker built boat borrowed from the Commercial Rowing Club in Brisbane. Mercantile had refused to lend its best racing craft to the Association for use by the crew despite its large representation in this team.

The stroke of that successful New South Wales crew was Phil Cayzer who, 20 years later, moved to Melbourne for business reasons and immediately became prominent as a coach for the club and indeed in all aspects of club activities and in Victorian rowing.

At the end of the 1951 season Deane Morgan ended a highly successful four year term as captain. He had carried the club through a period of building and consolidation and, as already mentioned, handed on to his successor Bob Aitken all the ingredients for success. His efforts came to fruition in the following five years during which Bob Aitken held the office of captain. Premierships were won, championship victories recorded, substantial representation achieved in interstate competition and finally the ultimate objective, a large representation in the 1956 Olympic Eight. 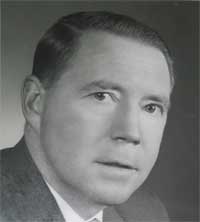 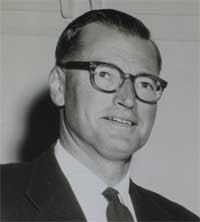 The 1951-52 season opened with the V.R.A. and Henley regattas on successive Saturdays in November. The club's entry comprised Senior, Junior and Maiden eights, a Senior four and Lightweight four. All were successful at both regattas. The Senior eight was last to face the starter in the second regatta. The eight had beaten Sandy Bay from Tasmania in its heat and had to defeat a renowned Haberfield crew in the final to maintain the club's unbeaten record for the regattas. Fortunately the eight was equal to the occasion, and went on to win all the remaining senior eight oared events for the season. A win in the King's Cup in 1952 was a fitting conclusion to this record of success; more so because the crew from New South Wales, which was the favourite for the race, had already been selected, as a result of their win in 1951 and successes in New Zealand, to represent Australia at the Helsinki Olympics. Victoria won by four lengths over the three mile course on the Nepean to the great joy of all its supporters and the financial gain of some. There were six Mercantile men - Bill Wallace, Brian Doyle, Harry Duncan, Warwick Granowski, George Barrett and Bob Aitken - in the crew with Bill Bailey as cox, John Rowe as emergency and Norman Cairnes as coach. Bob Aitken stroked Victoria and Phil Cayzer New South Wales. They were to face the starter again the following year and later coached their respective State crews in competition on a number of occasions.

Mercantile won the Senior and Lightweight Premierships in that season but despite the early successes at V.R.A. and Henley in November could finish only third to Yarra Yarra and Banks in the Junior Premiership. Under the rules which were then applicable the maximum weight for lightweight oarsmen was 10 stone 10 lbs. and it was necessary to change half the members of each winning crew. Selection was therefore a matter of mathematics as well as merit. No Lightweight eight oared event was won, but 10 oarsmen between them managed to win the Championship Lightweight fours, nine other four oared races and two pairs. The successful competitors included such well known members as Colin Lewis, John Robertson, Ron Richardson, Bill Morrison, Bill White, Alan Kohn, and David Crichton. Keith Bilney had a considerable part in the coaching.

The Champion four in December, 1951, was an interesting event. Scheduled to be rowed over the two mile course on the Lower Yarra it was moved to the Henley course and rowed in heats because the umpire Jack Mounsey, a Mercantile member, declared the Lower Yarra unrowable. The Mercantile crew and its coach "Beef" Calder did not consider that this assisted their chances and indicated their disapproval of the umpire's decision by suspending a rope and hangman's noose from the oak tree in front of the club. The umpire was not amused - he was not hanged either.