During 1940-41, there were considerable changes in the club's executive and committee. Jack Clark was elected captain, but on his enlistment was succeeded by Alan Gordon. A splendid example was set by Wally Joseph, who had served the club well as secretary from 1908 to 1919. Despite his age and poor health he volunteered his services in any capacity and was appointed secretary following the enlistment of Sam Newport. During the year 13 different members served on the seven-man committee. 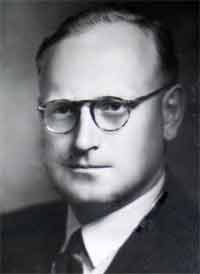 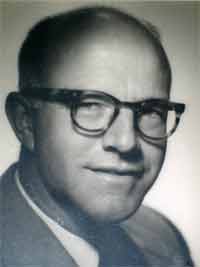 By the end of the season 91 members were in the forces. All of these members had been given leave of absence for the duration and financial membership was reduced to 135. Despite this loss of income the club finished its financial year with a loss of only £52 and succeeded in reducing its overdraft to £162.

During the year the club suffered further casualties with Lieut. C. R. Nethercote being killed in action in North Africa and Flying Officer Pat Black (who had rowed in the successful 1938-39 Senior Eight) being killed in a flying accident. Frank Raven, Tracey Rowley and David Stirling were prisoners of war following the Greece and Crete Campaigns while Norm Kerrigan and Bert Spencer were listed as missing - both of these members later were confirmed as prisoners of the Germans.

On the home front three prominent oarsmen of former years also passed away. Jack Southern, whose brilliance had flashed across the rowing world like a comet in 1900-01 died, as did M. C. Brown, who had been a member of the club's Senior Eight and Victorian Interstate crews more than 30 years previously. The other death was that of Jud Harding whose Senior career had spanned the 1914-18 war and who was vice-captain in 1919-20.

Alan Gordon continued as captain in 1941-42 season, with John Robertson being appointed vice-captain. Wally Joseph again accepted the position of secretary at the start of the year, but ill-health compelled him to relinquish his duties as the season progressed. He was succeeded firstly by Clive Ward and then by Dave Palfreyman (Senior) when the former enlisted. Wally Joseph passed away in December, 1941. He had been a great member of Mercantile who had served the club during the two World Wars and his death was mourned by the club.

Again the Victorian Rowing Association conducted a limited programme, with this being confined to three regattas and an Open Eight over two miles. At the second of these regattas, Mercantile achieved its only wins of the season with a victory in the Novice, Lightweight and Junior Fours. In an effort to keep the club as active as possible, the club entered two crews in the Open Eights, both of which were unsuccessful. The members of these crews included novice and veteran oarsmen. As an indication of the spirit of Mercantile at that time, the No. 1 Open Eight included Jim Sprigg in four seat. His previous competitive race had been in the winning Senior Eight at Ballarat in 1929. It was dedication such as this that kept Mercantile active during the dark years of the war. 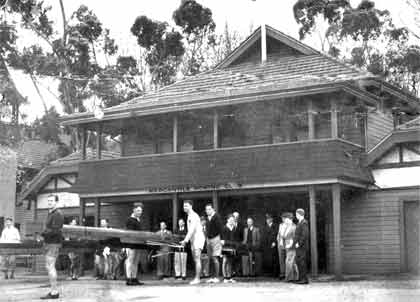 It was during the 1941-42 season that swivels again made a reappearance at Mercantile. It had been possible to obtain two sets of oars from George Towns & Sons, but as these were fitted for swivels, it was necessary to convert the poppet riggers of several practice boats with Matt Wood swivels.

Following a number of further enlistments, effective membership had been reduced to 126, with subscription receipts dropping to £351. Despite a total income of only £413 the club finished the season with a surplus of £108. Due to the stringent economies imposed by the committee and the financial ability of Alec Clarke as treasurer, the club had eliminated its bank overdraft and had a credit bank balance for the first time in 14 years.

Again the club suffered severely in respect of its members on active service - D. D. Cook, E. H. Barkley, R. Brown, G. A. Lind, L. D. Orbuck and F. N. White were all reported as killed in action. In addition, following the Japanese victories in South East Asia, K. Braithwaite, J. Bussell, Alex Dobbie, G. Hastie, G. Horder, J. Major, B. Scholfield, W. Trickett and J. Wicks were listed as prisoners or missing. After many months and in some cases years, all of the above were confirmed as having been taken prisoner, but Bob Scholfield, Geoff Hastie, Jim Major and Keith Braithwaite died while prisoners of war in Japanese hands. 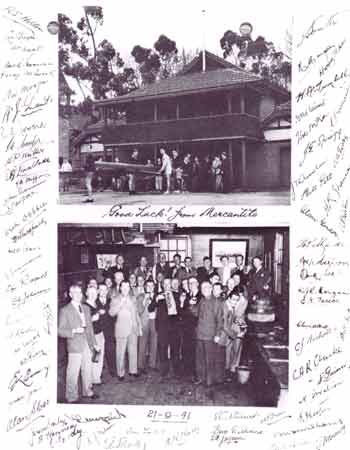 A greeting to serving members in 1941

As the fourth wartime season started, Alan Gordon again was reelected captain at the 1942 annual meeting. John Robertson continued as vice-captain until his enlistment in the R.A.A.F. when his duties were carried out by Ted Varcoe and Jim Blair-Holt. Dave Palfreyman and Alec Clarke were again secretary and treasurer respectively. 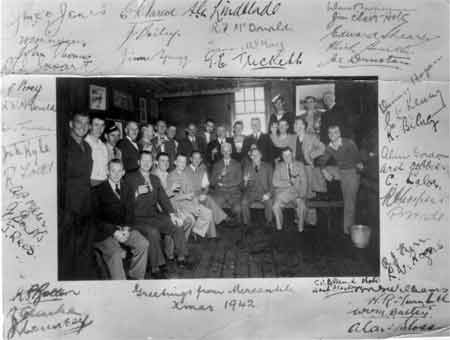 The regatta season was confined to three fixtures and a Challenge Eight. The club's only success during the year was that of a Lightweight Novice Four, with two former coxswains in Roy Duncan and Bill Morrison rowing in the crew. Jim Sprigg continued his great support for Mercantile by again rowing competitively in the Challenge Eight. In addition, he led a small band of members who cleaned down the outside of the clubhouse and started a badly needed repaint.

As a result of further enlistments, membership had dropped to 94 from its pre-war peak of 257. However, by reducing expenditure to a minimum, the club still managed to achieve a surplus of £97 for the year.

Further casualties occurred among members on active service during this season, with the deaths of E. R. Barnfather, W. Bell-Towers and W. H. R. Smith. The struggle in Europe and the Pacific continued unabated, but there were now signs of the turning of the tide. The Japanese southwards advance had been halted in the Pacific and the Russians were more than holding their own against the might of the German army on the Russian Steppes.

For the 1943-44 season, the executive was unchanged for the first time during the war years. Despite his onerous civilian duties, Alan Gordon took over the responsibilities of captain for the third successive year. It was impossible to obtain the services of skilled tradesmen for repairs to the fleet and all maintenance was carried out by a group of club members who had the necessary skills. It was thanks to these men that Mercantile managed to maintain any boat serviceable enough to take the water. Despite their efforts, however, the club's practice fleet in commission had been reduced to four craft by the end of the 1943-44 season. Four regattas were held during the year, with the club's only successes being in a Lightweight Novice Four and Handicap Scull. The first of these victories gave former coxswains Jack and Bill Shears their first win for Mercantile, with Bill Wallace also achieving the first of his many victories for the club. The Handicap Sculls was won by John Williams, also a former Mercantile coxswain. V.R.A. Challenge Fours and Eights were also held in place of the normal Championship events, with Mercantile's representatives being defeated in both of these races. Jim Sprigg apparently had decided that the time for permanent retirement had arrived and he did not compete in the Mercantile crew for the Challenge Eights on this occasion.

In July of 1944 the club was saddened by the death of former president Sir Stephen Morell whose name will always be linked with the club because of his splendid service over a period of 53 years. Thanks to the generosity of his family, his name is perpetuated through the Morell Combination Eights. This event is open to members of all clubs and has now been rowed continuously for almost 80 years.

A hopeful sign for the club was an increase in membership to 119 by the end of the 1943-44 season, resulting from the recruitment of 44 new members. This was reflected in the club's finances, with a surplus for the season of £197.

A further 12 members enlisted during the year, bringing the total number of members who had served with the forces to 165. Unfortunately two more casualties were suffered among these members with the deaths in action of Bill Henty and Ron McDonald. Hugh Clarke, a promising pre-war oarsman and future captain, was awarded the Distinguished Flying Cross whilst serving with the R.A.A.F. in Europe. He became the second Mercantile member to be decorated for valour during the Second World War, Stonk Ross having previously been awarded the Distinguished Flying Medal, while serving as an observer with the R.A.A.F. in North Africa.

By the time of the club's annual meeting in July 1944 the long awaited Second Front had been established in Europe, with the successful landing of the Allied Forces in Normandy. The Russians were pushing back the German armies and in Italy the Americans were slowly advancing towards Rome. There was every indication of the end being in sight in
Europe, but in the Pacific the Japanese were providing extremely strong resistance and their defeat still appeared many years away.