The spring of 1880 was a busy period for the City of Melbourne. Ned Kelly, the bushranger, was to be tried and hanged. The great World Exhibition was to open in the newly constructed Exhibition buildings on October 1, and the Mercantile Rowing Club was formed.

A new rowing club in the biggest city in Australia could hardly be described as a momentous event. But it was an important moment for rowing as the club was to become one of the great rowing clubs of Australia.

The founder of the new club was William S. Boyd, who called a meeting of the interested oarsmen at Young and Jackson's Hotel on Sunday, September 19, 1880. He was the prime mover in the foundation and establishment of the new club, and he played an active role in the affairs of the various rowing associations and as a delegate to the Victorian Rowing Association. He was assisted by his vice-captain, F. Williams and secretary, J. Baldwin. The committeemen were Heale, Blade and W. Davis. 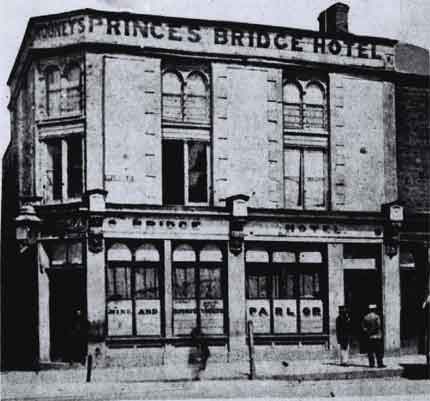 The building was built in 1853, the hotel licensed in 1861 and then licensed to Henry Figshy Young and Thomas Joshua Jackson in 1875.

The group which formed the club had a common interest in their association with the various mercantile warehouses established in Melbourne around Flinders Street and Flinders Lane. Most of those involved had prior association with the Warehousemen's Rowing Club. Appropriately the new club which was to become the Mercantile Rowing Club was originally designated "Junior Warehousemen's Rowing Club". It was established at a time when there were a multitude of rowing clubs in and about the Melbourne area. It was a newcomer on a crowded scene.

We might wonder today what motivation there was for the formation of a new club when so many other organisations already existed. Obviously there was a need to be catered for, for a club that does not cater for a need would soon wither and die. Mercantile survived its birth pangs and grew and prospered to become, in time, the leading club in Victorian rowing, to have a profound influence on the future course of rowing in this State, and to be known and respected not only throughout Australia but throughout the rowing world.

But apparently the Warehousemen's Club did not sufficiently meet the needs of the young men like William S. Boyd. It was an uncohesive operation, without firm headquarters, without its own premises and without any satisfactory club structure.

The rowing clubs which then existed drew their support from one of two sources. Some clubs were based on a common interest outside rowing. These were clubs such as Electric Telegraph Rowing Club, Harbour Trust Rowing Club, Banks Rowing Club, Civil Service and Victorian Railways. Yarra Yarra Rowing Club was one of this group being fostered by the Early Closing Association.

The other group of clubs drew on local support. Such clubs were Footscray, Essendon, Williamstown, Hawthorn, Twickenham, Lake (South Melbourne) and Albert Park, as well as many country clubs. Not only were these suburban clubs assisted by the difficulty in local residents obtaining transport to other suburbs, but they were further assisted by the immense popularity of rowing at that time, it ranking certainly with and probably above football and cricket in the crowds and in the public interest which it drew.

Most of the city clubs did not have their own premises, and many, like Warehousemen, did not own a fleet. It was quite sufficient for city clubs to rent accommodation and boats at one of the boatbuilding establishments. There was little by way of initial outlay. There was little lost should the club founder - as so many did. 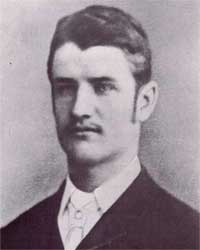 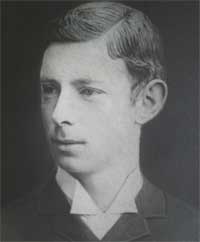 The Junior Warehousemen could hardly have chosen a less propitious time to enter the scene. The spring of 1880 was appalling. There was continual rain and westerly winds to the extent that the river was in a state of almost continuous flood.

Attempts were made to organise groups of oarsmen from various clubs to row in combination Eights on Saturday afternoons. However, lack of organisation amongst the existing clubs and lack of enthusiasm amongst the oarsmen made it difficult to achieve this end, and on some occasions when Combination Eight races were held they then could not be concluded because of the condition of the river. The Victorian Rowing Association could not hold the formal opening of the rowing season until November 13. However, although it was late, it was certainly a gala event.

Fourteen eights and thirty-two fours were mustered by the various clubs for the event. Before a large crowd, and accompanied by the music of Allen's Premier Band, they rowed to Chapel Street Bridge and back in a procession over a mile in length. Under the overarching willows and with a background of wattle blossom, the crews in their colourful club uniforms made a beautiful sight. Afterwards, most of the oarsmen adjourned to Young and Jacksons. But the Junior Warehousemen did not take part. There were not enough boats to spare for hiring to the new, as yet fleetless club. The original home of the Junior Warehousemen was Greenlands boathouse on the south bank of the Yarra some 50 yards west of the old Princes Bridge. The other tenants at the time were Electric Telegraph, Yarra Yarra and Scotch College.

At first the new club hired its boats from Greenlands, but often on regatta days if they did not have a suitable boat, a boat would be borrowed from another boatbuilding establishment or another club.

The first club function was an intra-club Trial Fours event at 3 p.m. on Saturday, January 15, 1881. The results were as follows:

Trophies were presented at a meeting of the club at Young and Jackson's on Wednesday, February 2, 1881, by Mr. Walker. The Club was reported to be in a flourishing condition and several new members were proposed. After arranging for scratch fours to be held Wednesday, February 5, 1881 (on the following Saturday), the meeting terminated.

Trial pairs were held on Saturday, March 26, 1881. The final was won by William Boyd and W. Davis, coxed by F. Edwards in a splendid contest by half a length from Baldwin and Williams.

However, the club did not compete in any open regatta during the 1880 season, which drew to an end with a meeting of the members at Young and Jackson's Hotel on March 31, 1881.