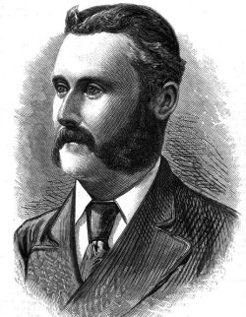 Sir Hartley was President of the Victorian Rowing Association in 1883-84.

The Australian Dictionary of Biography notes: Known as the 'athlete judge', Williams was a great one for cycling. He was for some years an active member and executive committee-man of Victorian cycling, cricket and rowing associations and he also enjoyed boxing. In 1897 he injured his knee while walking in the Buffalo Ranges and for a time there was doubt that he would be able to resume his duties on the bench.

The ADB also notes: In 1893 Williams's reputation suffered when he wrote a letter to the Argus on 7 January protesting over the appointment of (Sir) John Madden as chief justice — he had expected to succeed to the post himself. He added that in future he would do no more than his 'bare duty'. The letter caused a sensation at the time, but in later years Williams spoke most warmly of Madden's work as chief justice. Despite the incident he was knighted in 1894. As an aside, Sir John Madden was a prominant member of the Melbourne Rowing Club.